Meet The Artist Who Paints the Stock Market 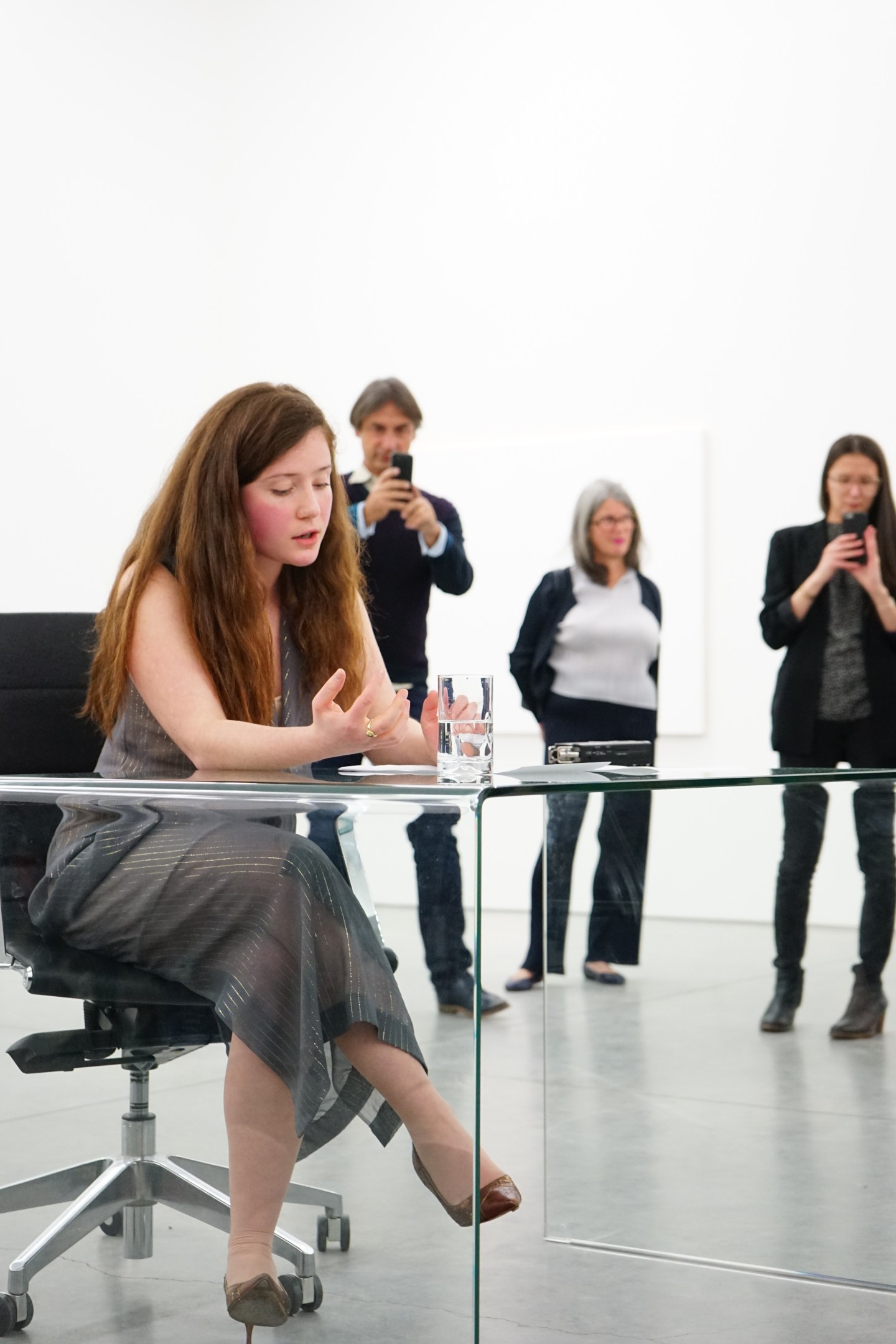 In her first solo show, “Stock Performance,” which opened Jan. 8 at New York City’s 303 Gallery, Meyohas will attempt to turn the ups and downs of the stock market into art. Starting Tuesday and continuing until Jan. 20, she will try to alter the prices of 12 different NYSE-traded stocks, painting those price movements on canvas as she trades—live—at the gallery.

Each investment has been chosen arbitrarily. Her only criteria is that the company have a market cap of $40 million or less, increasing the odds that her trades will have a visible impact on its price. (Meyohas declined to say how much she would be investing in each company, but given their size, we can assume that it’s a significant amount).

“I see art as an economic thing…Any attempt to separate art from the [larger] economy is not true,” says Meyohas. “Because of my education, finance is how I understand how I structure the world.” In addition to an MFA from Yale, the artist holds a BS in Economics from Wharton, and a BA in International Studies from the University of Pennsylvania. (Disclosure: I attended the University of Pennsylvania at the same time as Meyohas.)

At Friday’s opening, Meyohas explained her process to the audience in what she calls an “auditory performance.”

Oil stick on canvas, the price is the point of contact, where the highest amount a buyer will pay meets the lowest amount a seller will accept…The line I draw is thus an inextricable link to an anonymous other on the opposite side of the trade. This prevents me from being absolutely individual. I am exposed to the gazes of others as one investor among investors…A quantifiable, singular price is what brings together the many individual perspectives.

The worlds of art and investing collide not just in Meyohas’ work, but also in her fan base, which is made up of art lovers and financiers alike, says Thomas Arsac, associate director of 303: “I think it was pretty much split evenly.”

The artist’s previous project, BitchCoin, in which she used her photography to back a digital currency—with each coin increasing in value as the artist’s work becomes more expensive—explored similar themes.

Emily MacDonald-Korth, an art research and investment analyst, says that Meyohas’ art is “extremely marketable” because of the number of collectors with backgrounds in finance. “People are interested in art that reflects themselves,” she explains, adding that many of the collectors she works with have funded their art purchases with money made in the markets.

And while many artists would balk at the idea of appealing to the corporate set, the Wharton grad embraces it. “A lot of painting in the 20th century was doing things that were were against the market, but the market always found a way to reabsorb them,” she says. “I’m trying to be more truthful and actually work with the market.”