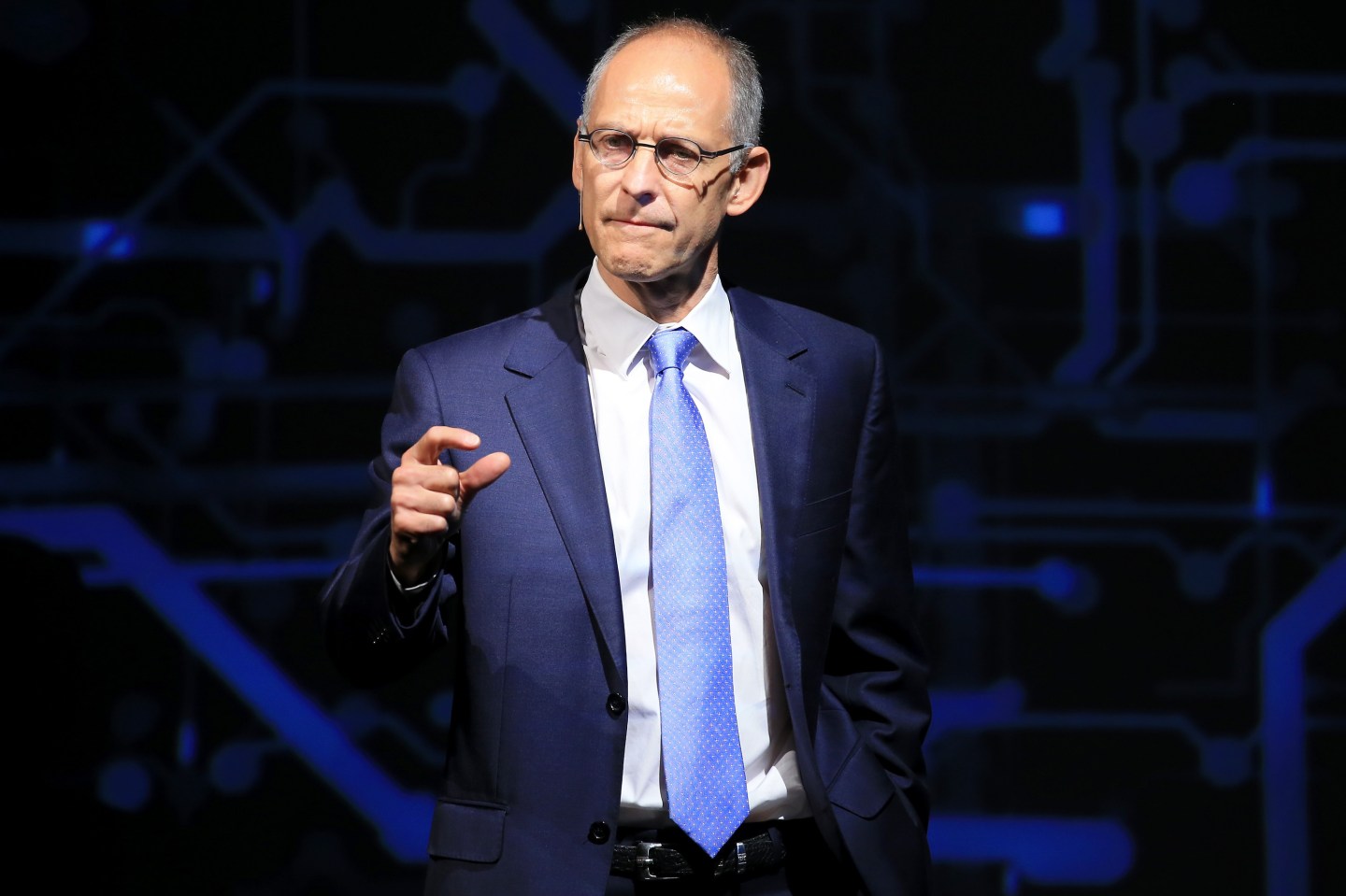 Zeke Emanuel, a key Obamacare architect, oncologist and academic, today announced that he has taken a part-time role with Oak HC/FT, a venture capital and growth equity firm focused on the healthcare and financial services sectors.

Emanuel will serve as a venture partner at Oak HC/FT, while maintaining several roles at the University of Pennsylvania ― where he is vice provost of global initiatives, chair of the Department of Medical Ethics and Health Policy and the Diane and Robert Levy University Professor. The Oak HC/FT job will be his first role in the for-profit private sector, following earlier roles at institutions like Harvard University and the National Institutes of Health.

Earlier today, Fortune spent some time on the phone with Emanuel, who was attending the J.P. Morgan Healthcare Conference in San Francisco. What follows is an edited transcript of our conversation:

ZEKE EMANUEL: In the five years since leaving the White House, I’ve been looking for the kind of opportunity that would allow me to pursue my passion, which is to improve the healthcare system. I want to improve the quality and consistency, and get the care costs under control and, in some cases, actually reduced.

I’m agnostic to the means. At one point we needed government reform of the whole system to create a framework. And coming out of ACA policies we needed things like more bundled payments and a schedule for moving off of fee-for service. Now we’re needing the private sector―big academic hospitals, large community hospitals, physician groups, and companies―to really make moves to change care, and I’ve seen a lot of impressive initiatives there. So, for me, this is a great way of facilitating the sort of changes that I see happening, and also to help create opportunities and companies that can make change.

What led you to Oak HC/FT?

I’ve known [firm co-founder] Annie Lamont for six or seven years. She’s come to and taught at my Future of the American Healthcare System class at Wharton, to help explain where investors see the future. Plus, this is something I haven’t done before, so it gives me a chance to take my skills and hopefully expand and improve them. It also will give me a new perspective for academic research.

What exactly will your role be?

I think there will be two main roles, and we’ll see how it evolves. They already have some companies where [Oak healthcare partners] Annie, Andrew [Adams] and Nancy [Brown] think I can add value because I understand their market and the transformation that need to be done. Second, they look at a new proposal a day, so I’ll help with assessing some of those.

Will you take board seats?

I think we’re going to have to see how that works. It’s really about how I can be most helpful in advancing the agenda and pushing along the innovation. If serving on a board is the right way to push it along, then it’s something I’m open to.

Switching gears: Most Republican candidates for president are vowing, if elected, to repeal the Affordable Care Act. If one of them wins, how hard would it be to repeal and unwind?

I think it cannot be repealed for a whole variety of reasons. First, almost every part of the healthcare sector―including hospitals and pharmaceutical companies―has built its entire strategy around the direction that ACA is taking the country. So I think that repeal would face resistance from almost every player in the marketplace. Second, and I think this is less understood from people not in government, is that you’d have a huge budget problem. This was true after ACA was first passed, and is even more true now. ACA creates budget surpluses, and you cannot fill that big hole easily without raising taxes or doing other things you’re opposed to. Third, you’d have to kick 15 million or so people off their healthcare insurance. Remember when the GOP was so upset that people had to change plans because theirs was canceled? Well, that was around 500,000 people. This would be 15 million. I don’t think that’s viable.

I don’t think a Republican will win the White House but, if so, I think what you’ll see is ACA survive but the new president will choose not to implement certain items, and then say they’ve taken out key elements.

But whoever takes the White House, getting healthcare costs under control will be critical to doing any of their initiatives. It’s not more than a trillion dollars―including Medicare, Medicaid, the VA, etc.―so any significant increase above GDP means you don’t have resources to do other things. And, as I’ve said before, the way to control costs is to raise quality and consistency and really focus on people with chronic illnesses. Healthcare, whether a presidential candidate does or doesn’t say it’s one of their top three priorities, will become a big part of their agenda.