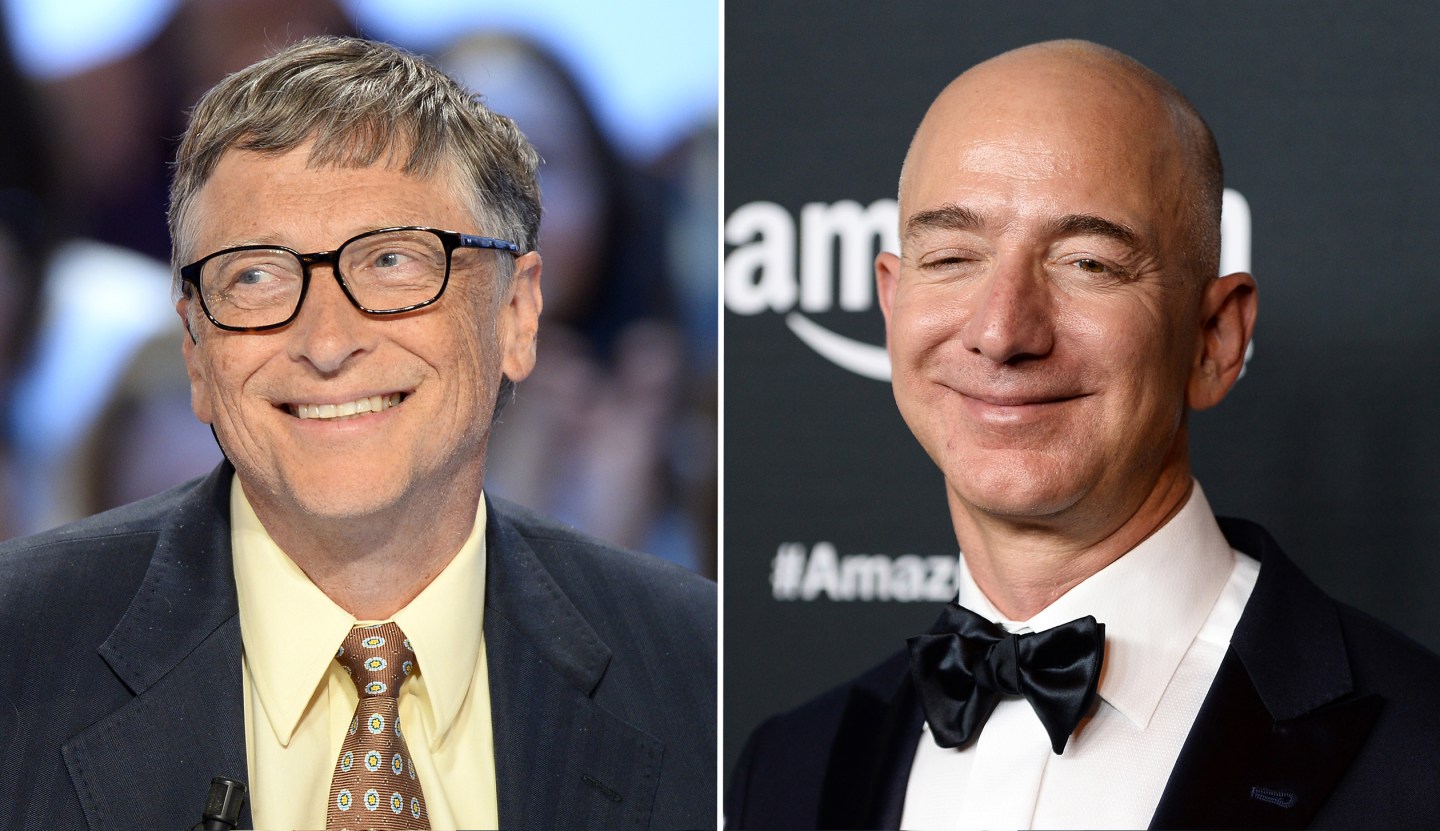 Gene sequencing company Illumina is going after the next big advance in cancer detection, working to develop a universal blood test to identify early-stage cancers in people with no symptoms of the disease.

On Sunday, San Diego-based Illumina (ILMN) said it would form a new company, called Grail, with more than $100 million in Series A financing. Illumina will be the majority owner. Key investors include technology giants Bill Gates, founder of Microsoft (MSFT), and Jeff Bezos, founder of Amazon (AMZN), as well as backing from ARCH Venture Partners and Sutter Hill Ventures.

Grail’s test will use Illumina’s DNA sequencing technology to scan for bits of cancer genes originating in tumors and circulating in the bloodstream. The hope is to detect many types of newly forming cancers, which could be treated at an earlier stage to increase the chances of survival.

Cowen & Co estimates that use of DNA blood tests for cancer screening will exceed $10 billion a year by the end of the decade. Several companies are developing liquid biopsies, mostly for use with patients already diagnosed with cancer.

Illumina CEO Jay Flatley, who will serve as chairman of Grail, said work on the new test began some 18 months ago.

“We’ve made tremendous progress, which gives us the confidence that we can get to the endpoint that we expect,” Flatley said in an interview.

He believes it will take at least an additional year of research and development to refine the test. Grail will then conduct clinical trials of the test on as many as 300,000 human genomes, which could take another two years.

Illumina aims to have its test on the market by 2019 and hopes the cost of DNA sequencing will have dropped enough to price the cancer screening test around $500 each, low enough to make it widely accessible, Flatley said.

PiperJaffray analysts estimated that as many as 38 companies are developing cancer blood tests using DNA sequencing, but most of these so-called “liquid biopsies” use the tests in patients already diagnosed with cancer to see how they are responding to treatment or to check for mutations or drug resistance.

Critics said there is not enough evidence yet that a blood test can screen for cancer in healthy people. Pathway Genomics’ screening test claiming to detect 10 cancers in healthy people drew the ire of the Food and Drug Administration last year, which sent the company a letter saying the test “had not received adequate clinical validation and may harm the public health.”

Flatley said Grail will consult early on with the FDA to see what evidence the agency needs for the test and will likely seek its approval. He said the company has not yet decided whether the test will be offered directly to consumers, but it is possible.

Illumina’s investment will result in a hit to earnings, but Flatley would not say how much at this point. “The actual economics of Grail will be fully disclosed in our financials,” he said.