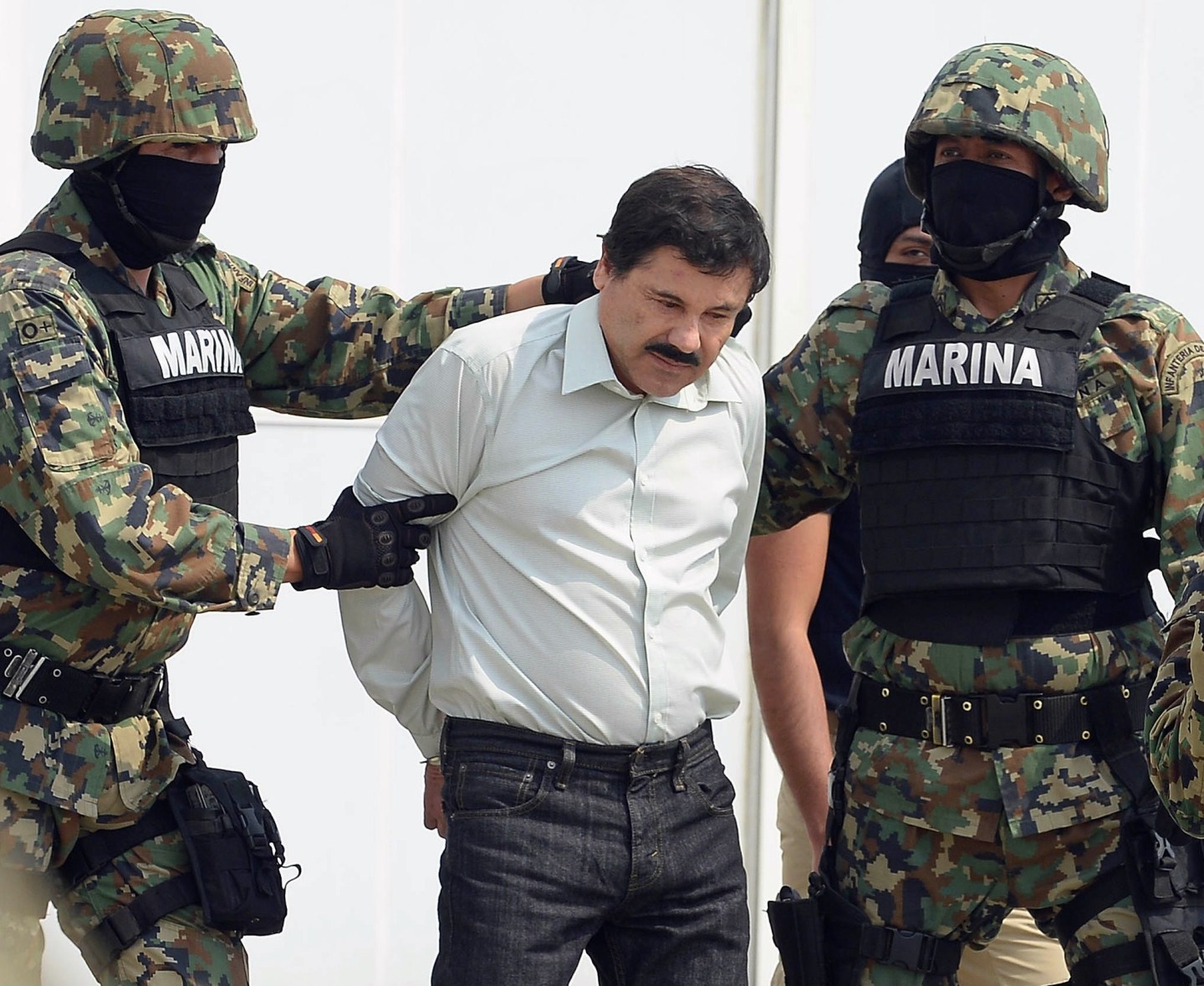 Mexican drug trafficker Joaquin Guzman Loera aka "el Chapo Guzman" (C), is escorted by marines as he is presented to the press on February 22, 2014 in Mexico City. Mexican drug lord Joaquin "El Chapo" Guzman has escaped from a maximum-security prison for the second time in 14 years, sparking a massive manhunt Sunday and dealing an embarrassing blow to the government. AFP PHOTO/Alfredo Estrella (Photo credit should read ALFREDO ESTRELLA/AFP/Getty Images)
ALFREDO ESTRELLA AFP/Getty Images

Sean Penn secretly met with Joaquín “El Chapo” Guzmán Loera while he was evading authorities following an escape from a Mexican prison last year to conduct an interview for Rolling Stone.

In an article posted on the magazine’s website on Saturday night, Penn, 55, details how he spent months organizing an interview with one of the most wanted men in the world.

In July 2015, Guzmán, the head of the Sinaloa drug cartel, escaped the Altiplano I federal penitentiary using a secret tunnel. His escape prompted an international manhunt, which ended this week when he was recaptured on Friday.

Despite Guzmán’s fearsome reputation as a notorious cartel head, he told Penn that he does not consider himself a violent person.
“Look, all I do is defend myself, nothing more. But do I start trouble? Never.”

In the series of interviews, one of which took place in-person in October at secret location in the Mexican wilderness, Guzmán also revealed that he hasn’t done drugs in 20 years (although he did try them) and said his goal was “to live with my family the days God gives me.” He also said that he’s “a person who’s not looking for problems in any way.”

The raid of Guzmán’s residence in Mexico resulted in serious gunfire and left five suspects dead. Six suspects from the compound were also arrested. According to Mexican authorities, the raid was the work of six months of investigation and they initially were planning on storming Guzmán’s hideout in October – the same month Penn visited the cartel head – but decided to abort the mission because Guzmán was with women and children.

On Sunday, an anonymous Mexican authority told the Associated Press that they were able to track Guzmán in October because of the Penn interview.

Authorities also said that Guzmán had been working to make a biopic of his own life.

Penn, meanwhile, has a busy weekend ahead of him. On Saturday night, he hosted the star-studded Help Haiti Home gala in Los Angeles.

This story originally appeared at People.com