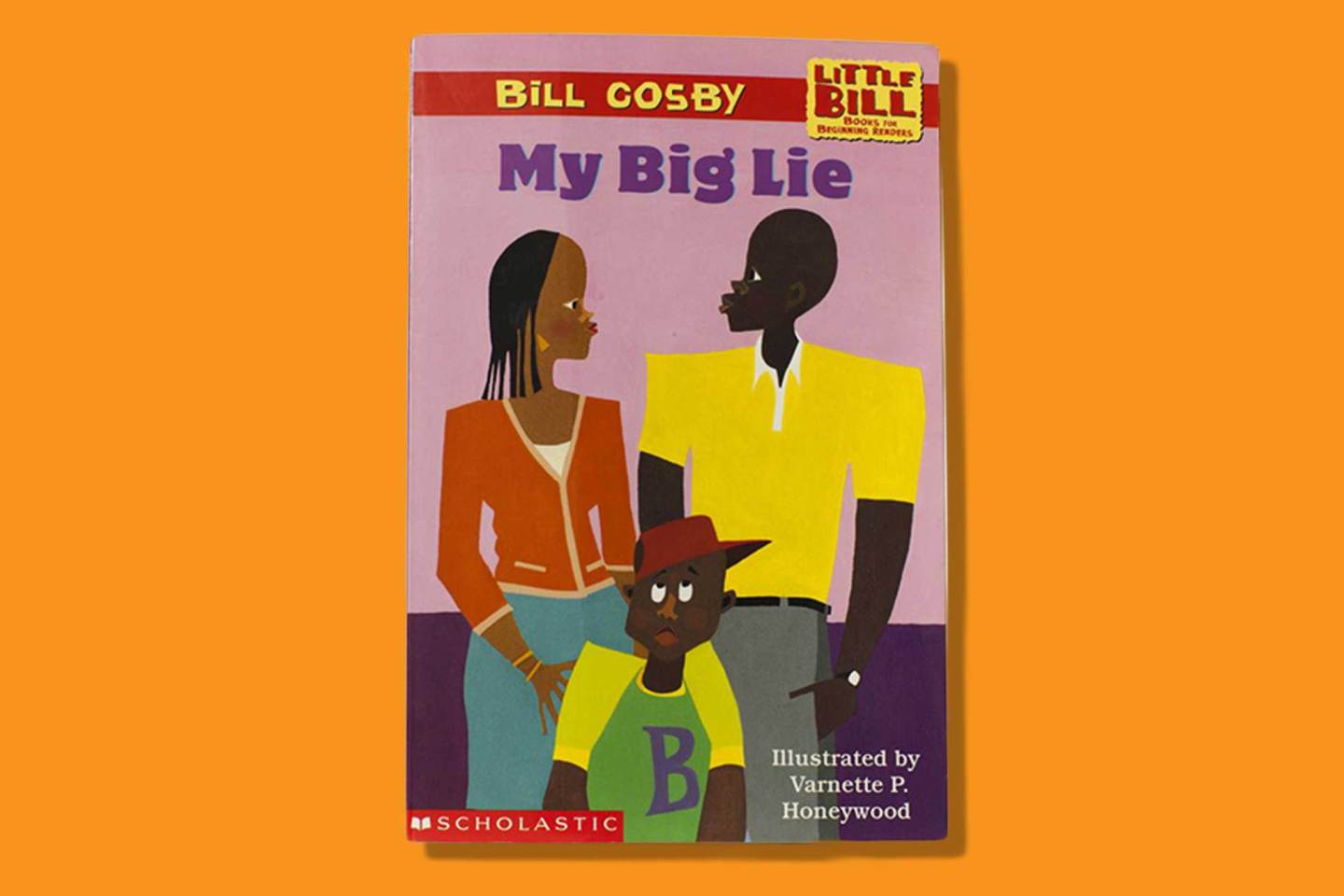 'My Big Lie' by Bill Cosby. Cassidy for TIME
Cassidy Paul for TIME

Bill Cosby, one imagines, is a man with a few regrets. Surely among them is a little-noticed book he published in 1999. It’s title? “My Big Lie,”

“My Big Lie” is a parable about the dangers of lying. The back cover reads: “What started as a tiny fib, grew and grew and GREW into a BIG lie. And now Little Bill is in BIG trouble!”

The book — still on some grade-school shelves — also has a foreword by Dr. Alvin Pouissant, a Harvard psychiatrist who was a consultant to The Cosby Show, about the psychological effect of lying on small children. It’s part of a series illustrated by prominent artist Varnette P. Honeywood, who died in 2010.

‘My Big Lie’ by Bill Cosby.Cassidy Paul for TIME

To anyone familiar with the allegations surrounding Bill Cosby, the book is a gold mine of irony. “Hello, friend! I’m Little Bill,” it begins. “Sorry. I can’t play with you now. I have to stay in my room and think about what I did wrong.” In the book, Little Bill lies to his parents about why he was late for dinner: he says he got into a man’s van when really he was playing basketball. When his parents try to call the police, he admits his “big lie.”

It’s eerie, too, that Cosby’s book for children is not just about lying, but about making a false accusation, namely that some creepy man lured him into a van. It shows how much Cosby thinks that false allegations are not only possible, but routine — a fallacy that has been repeatedly debunked by experts. Yet Cosby has repeatedly accused his alleged victims of lying, and in November sued seven of them for defamation.

Not surprisingly, the book has left a bit of confusion in its wake. “I cannot believe this is a children’s book!” writes one Amazon reviewer.”I don’t think that Bill Cosby’s wrongdoings are appropriate material for kids. It’s bad enough that Bill Cosby did these horrible things, now he’s glorified them in this autobiographical children’s book! Disgusting!” The reviewer added that, “on plus side, I did get a kick out of the illustrations.”

In the end of this particular story, Little Bill is absolved. After being caught in his lie, he worries he’s lost his parents’ trust. But nope: “‘I trust you,’ said Mom. ‘I trust you,’ said Dad. Then they gave me a double hug. I’m a very lucky boy. And that’s the truth!”

‘My Big Lie’ by Bill CosbyCassidy Paul for TIME

This article was previously published on Time.com.