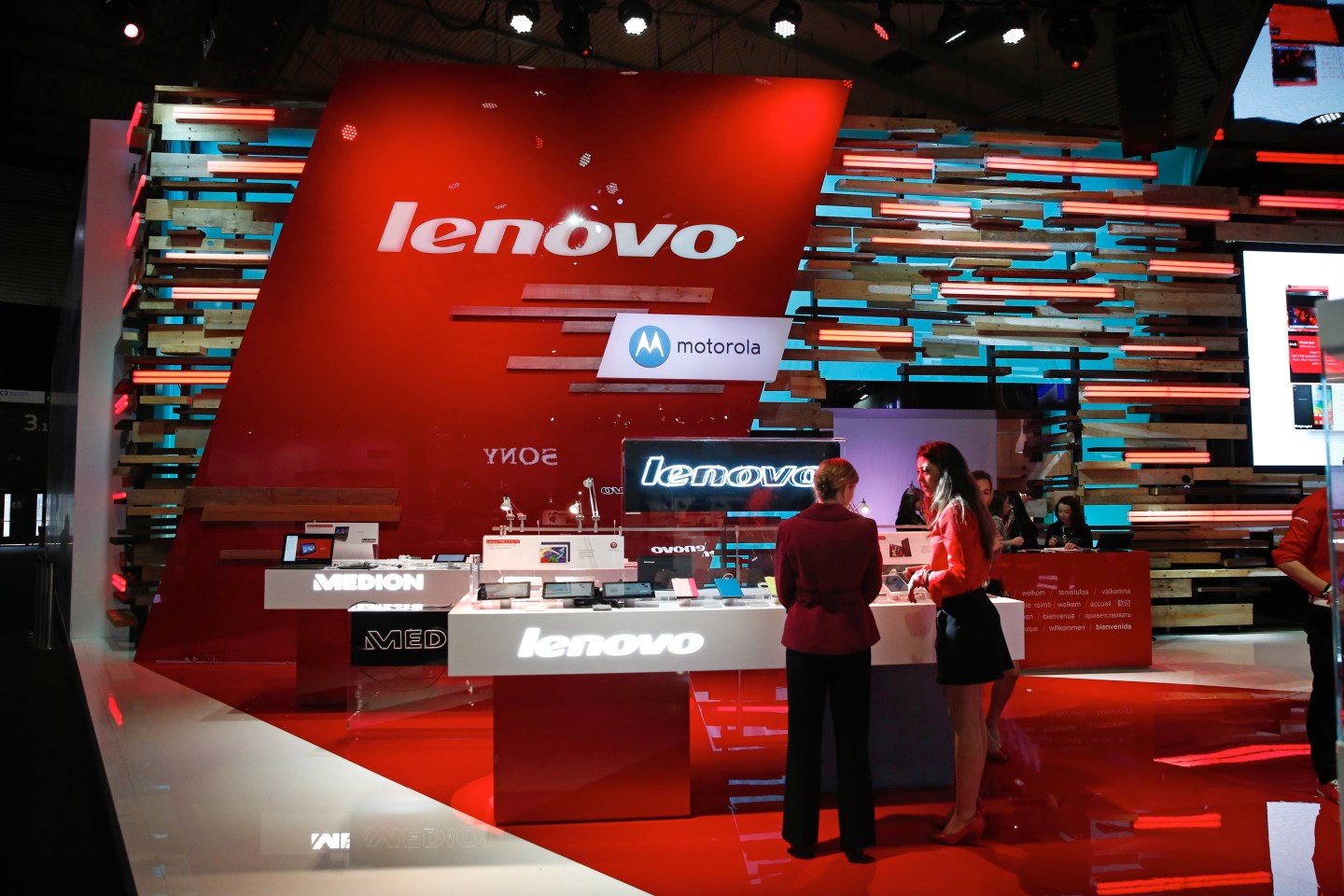 Employees stand beside a display of Lenovo mobile devices in the Lenovo Group Ltd. pavilion at the Mobile World Congress in Barcelona, Spain, on Tuesday, March 3, 2015. The event, which generates several hundred million euros in revenue for the city of Barcelona each year, also means the world for a week turns its attention back to Europe for the latest in technology, despite a lagging ecosystem. Photographer: Simon Dawson/Bloomberg via Getty Images
Photograph by Simon Dawson — Bloomberg via Getty Images

Google and Lenovo have inked a deal to deliver a Project Tango smartphone later this year.

The announcement, made Thursday at CES, will see Google (GOOG) and Lenovo (LNVGY) collaborate to build the first Project Tango smartphone. The companies anticipate the smartphone launching this summer, but did not share photos of the device or feature details. At this point, the Project Tango-based smartphone, which is still in development, doesn’t even have a name.

Still, the collaboration between the companies is critical to the future of Project Tango.

Developed by Google, Project Tango is a technology that gives smartphones and tablets the ability to “see” the same way humans can. The devices use built-in cameras to understand depth, motion, and other elements of sight, to create on-screen 3D environments. The marriage between hardware and software can then be used by app developers to create all kinds of interesting apps, including those that place 3D objects in the real world.

“Using the sensor in the device, Project Tango devices can also capture the 3D dimensions of the room, giving measurements that can be used to help you when shopping for furniture or decorations,” Lenovo and Google said in a joint statement Thursday.

Despite being announced in 2014, Project Tango has gotten off to a slow start. There is currently only one tablet available that uses the technology. Google calls the device a Project Tango Tablet Development Kit and sells it at a starting price of $512. Although Google has worked on getting app developers interested in the platform, the general lack of users and hardware has prompted most developers to focus their efforts elsewhere.

Launching a smartphone aimed at consumers, however, could be a way for Google to address that issue. In an interview with Business Insider, Lenovo said it plans to launch the Project Tango smartphone for less than $500, making it substantially cheaper than the lowest-end iPhone 6s, which goes for $649. It’s possible that at that price, Project Tango could find some room to grow.

WATCH: What does Lenovo’s CEO have to say about Apple’s China strategy? Find out in this Fortune video:

“To break new ground in today’s hyper-competitive smartphone and tablet industries, we must take innovation risks—it’s the only way to truly change the way people use mobile technology,” Chen Xudong, senior vice president and president of Lenovo’s mobile business group, said in a statement.

Google and Lenovo plan to share details on the Project Tango-enabled smartphone later this year.