Skate or Die: Are Electric Skateboards the Best Rideable? 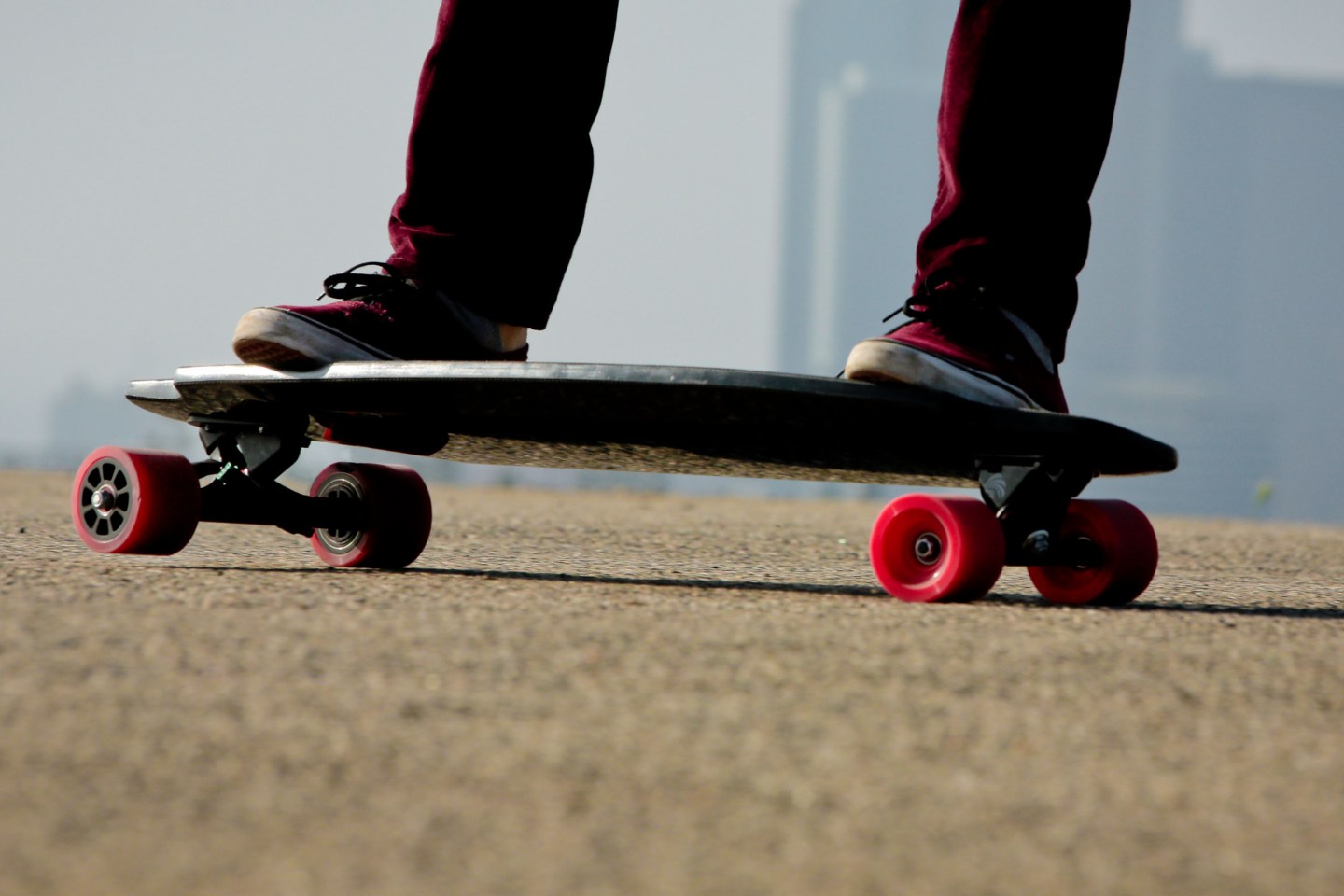 One of the big stories at the annual Consumer Electronics Show in Las Vegas this year is “rideables,” a category including foldable scooters, talking Segways, and, of course, those omnipresent hoverboards.

We caught up with Nate Appel, head of marketing for the electric skateboard startup Inboard, just after his team arrived in Las Vegas. They’re in the midst of introducing their M1 battery-powered longboard. Appel gave a perfect summary of why this is the year of the micro-vehicle:

“It’s kind of like the perfect storm. You have this urbanization, more people living in cities, less parking, less space. Then you also have these amazing breakthroughs in electric motor technology, in battery technology.”

Hoverboards, the two-wheeled balancing devices marketed under brands like IO HAWK and Swagway, captured the spotlight in the rideables category last year. But electrified skateboards were busy proliferating, with brands including Zboard, Boosted Board, and Marbel in addition to Inboard. And there’s plenty of demand. Inboard raised over $420,000 via Kickstarter in April while garnering around 500 preorders for an expensive product that didn’t yet exist.

Although hardly objective, Appel had some good insight into why electrified skateboards may be the best—or at least the most enduring—of the rideables.

“With the electric bikes, they’re getting really good, but you have this issue of storage,” he says. “It’s harder to have this intermodal transportation option. With a skateboard it’s so much easier to just hop on a bus, hop on a train.”

Electric skateboards are small relative not just to bikes, but to other small rideables. Compare Inboard’s 14 pounds to 28 pounds for Ninebot’s mini Segway, or 35 pounds for the Urb-E folding scooter. Lugging those up and down train station or office stairs would turn your commute into a leg of the Appalachian Trail.

Then there are the hoverboards. Aside from the exploding batteries, they’re substantially more notorious for creating hilarious faceplant videos than being a genuinely useful way to get around.

WATCH: For more on the problems with hoverboards.

Appel points out why it’s tough to trust a hoverboard: “To go faster, you have to lean forward.” That makes catching yourself that much harder if you, say, hit a bad bump.

By contrast, one reviewer described the electric skateboard experience as “glorious.” And despite the intimidating top speed, they may be safer than standard boards, broadening their appeal.

“We find that nearly half of our customers are people who haven’t skateboarded [recently],” says Appel. “I think a lot of that comes from the fact that the board has a brake,” triggered from a hand-held remote of the sort shared by many electric boards.

The M1’s brakes, by the way, are regenerative, which means they recapture some battery power as they slow you down thanks to Tesla-like electric motors. It has other advantages over existing electric boards, including a swappable battery and the ability to ride it like a standard board if the battery dies.

The one clear disadvantage of electric skateboards is price. While hoverboards, and even that mini Segway, are generally in the $300 to $1,000 range, electric longboards can run up to $2,000. When it hits retail later this year, Appel says the M1 will be $1,399.

“It’s definitely for early adopters,” he grants, but says they hope to push the price down with future models.

That higher price could be a hidden advantage, though. Unlike hoverboard producers, electric skateboard companies have to cover research costs—but that also means they have patents. That gives them better control over their market, while their competitors hurtle downhill into commoditization.