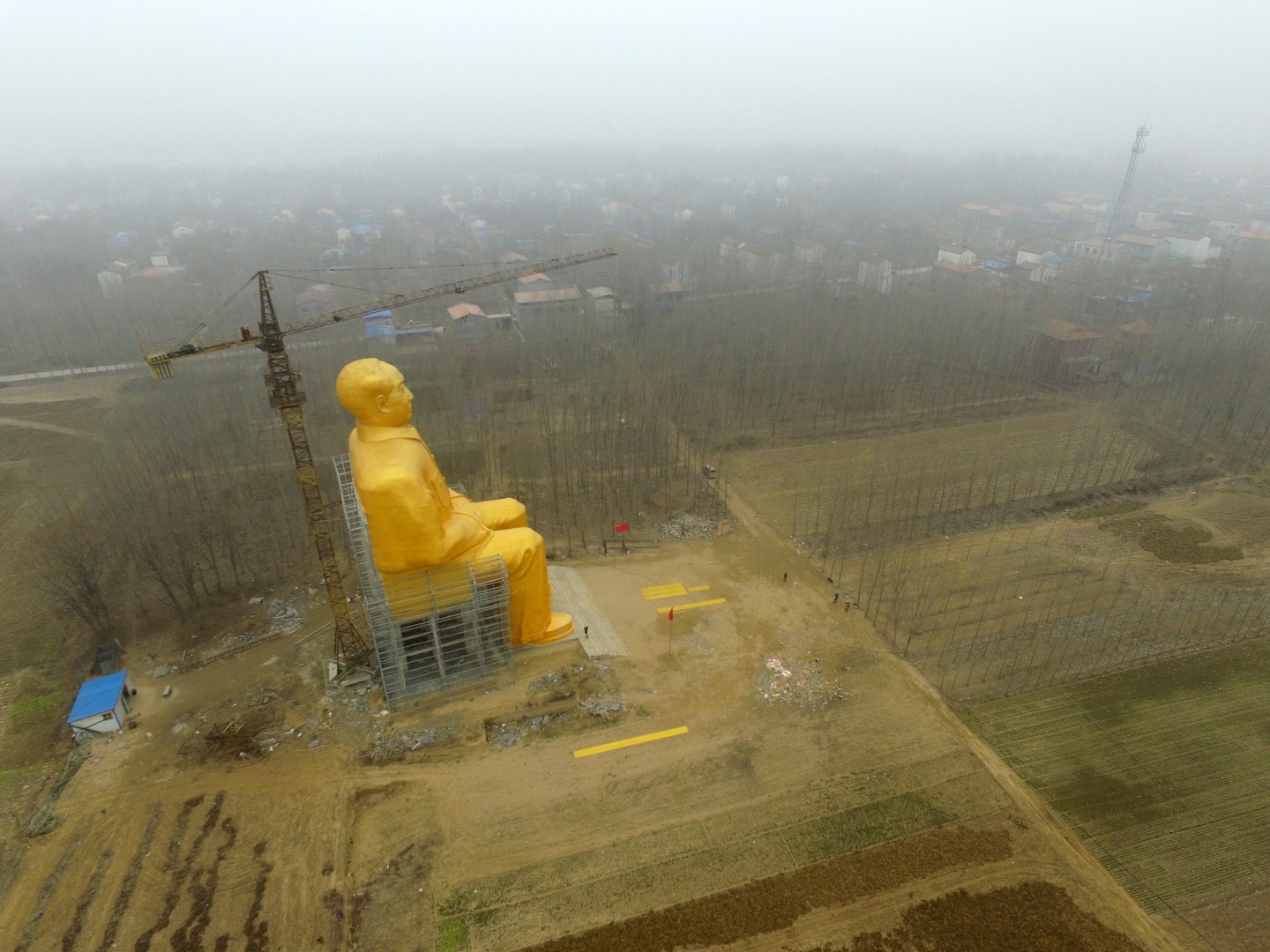 A 120-foot golden statue of Chairman Mao Zedong that was recently erected in one of the poorest parts of China has reportedly been reduced to rubble.

On Thursday morning, demolition teams arrived in the rural village in Henan province where the statue had been erected to tear it down, according to the New York Times. By Friday morning, only a pile of rubble and an orange crane remained of the half-million-dollar project.

Photos of the Mao statue went viral around the world this week as it neared completion. Many Chinese and international commenters ridiculed the opulent display, which was erected in one of the poorest parts of China. Some Chinese social media commenters said that the money toward the statue would have been better spent on public services for the villagers who live at the golden Mao’s feet. (Plus, the province was one of the most devastated regions during the Great Famine, which was caused by Mao’s Great Leap Forward.)

According to a Chinese state newspaper, the statue was demolished for lacking proper approval.