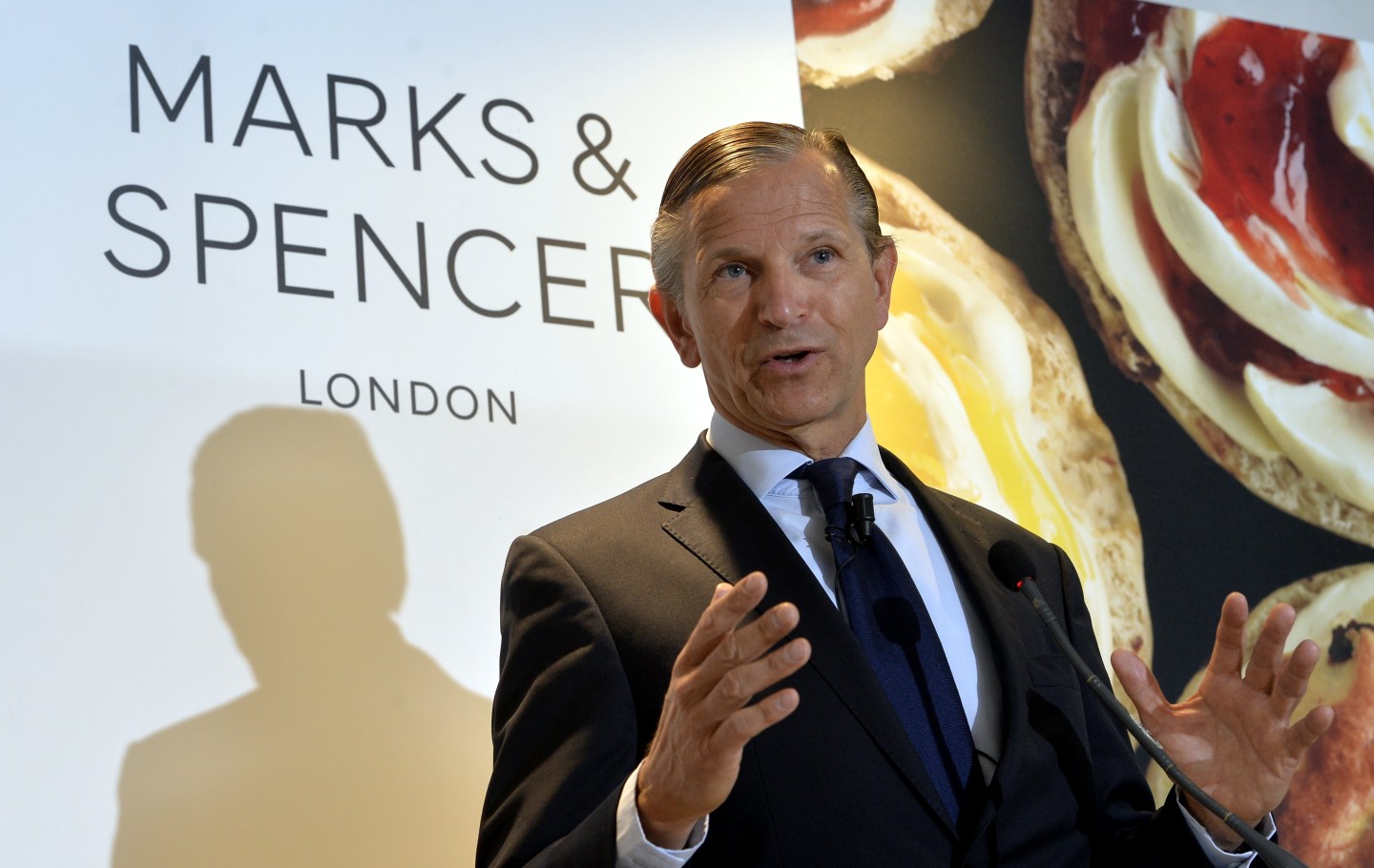 The company said Thursday Bolland will retire in April after a disastrous Christmas season rounded off a year that undid much of his earlier success at the venerable high street stalwart.

After a rocky start, Bolland appeared to have made big progress in keeping M&S relevant in the age of fast fashion, multichannel delivery and, specifically, Amazon.com (AMZN), overseeing a big revamp in M&S’s online presence and repositioning its food business to escape the ravages that German discounters Aldi and Lidl were wreaking on supermarket chains such as Tesco Plc (TSCDY) and even Walmart Stores Inc.’s (WMT) U.K. unit Asda.

However, the company’s shares have fallen by some 25% since the middle of last year as those challenges refused to go away, leading to a string of disappointing trading results. These were capped on Wednesday by the announcement that same-store sales had fallen 5.8% in the crucial third quarter of its fiscal year that runs through the Christmas period. Not even a 21% year-on-year rise in online sales and its “best ever” Christmas for food sales were enough to stop group revenue stagnating from the same period a year earlier. Its biggest rival John Lewis Plc had, by contrast, posted a 5.1% rise in same-store sales.

Chairman Robert Swannell said in a statement that Bolland had led M&S “through a period of necessary change,” in which “the company has made significant investment in enhanced infrastructure and capabilities.” On a conference call with investors, Swannell said there had been “absolutely no pressure at all” on Bolland to leave, despite constant rumors about his departure in the British media over the last year.

Part of the reason for the poor performance was M&S’s refusal to join a stampede of discounting ahead of the festive season, gambling that the relatively mature recovery in the U.K. economy would encourage shoppers to be less pernickety about price. That gamble appears to have backfired. Another factor, over which it had less control, was unseasonably warm weather ahead of the Christmas season (thanks to the El Niño phenomenon), depressing demand for new winter apparel. Rival fashion retailer Next Plc (NXGPY) had reported similar woes at the start of the week.

Bolland, a Dutchman who rose to prominence as chief operating officer at brewing group Heineken NV (HINKF) will be replaced as CEO by Steve Rowe, an M&S veteran of 22 years. Rowe has been running the group’s general merchandise division, which includes the key area of apparel. The news of his appointment sent the company’s shares up 1.4% in London on a morning when most of the FTSE 100 index was deeply in the red.

Rowe’s appointment raises questions over the future of Laura Wade Gery, one of the U.K.’s most high-profile businesswomen, who had been tipped by many to succeed Bolland. Wade Gery, 50, had taken maternity leave in September last year with the intention of returning in January, but the company said last week she would extend that leave for another nine months.

UPDATE: This story has been updated with more detail about Laura Wade Gery and comments from the company’s conference call.