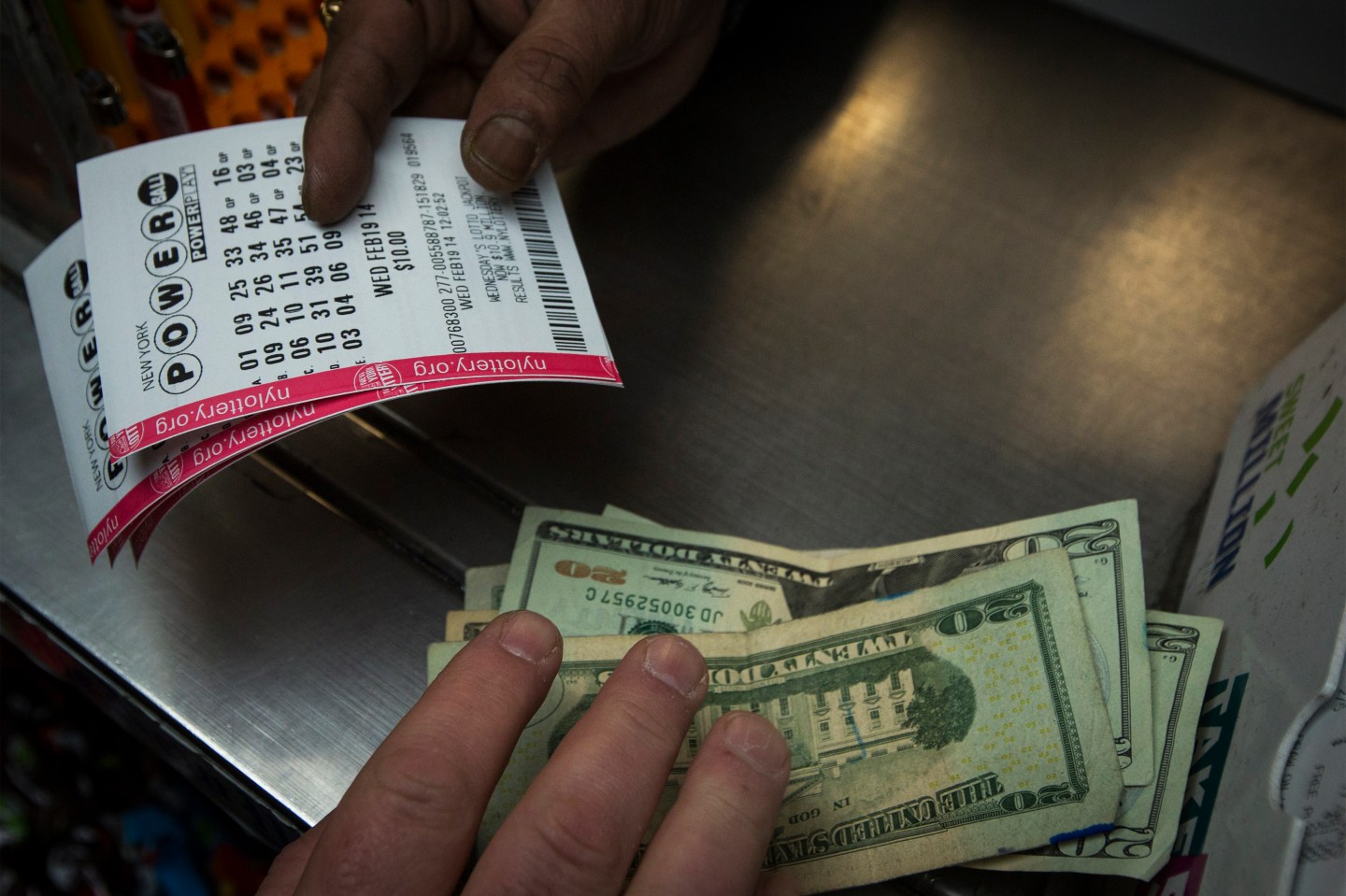 On Wednesday night, one person may be the lucky winner of over $450 million. That is, if they have a Powerball lottery ticket and can beat odds of one in 292.2 million.

The drawing is for the largest lottery prize in almost a year, the Associated Press reported. It takes place at 10:59 p.m. Eastern Time, according to Marketwatch, citing the Multi-State Lottery Association.

Last February, a Powerball jackpot climbed to $564.1 million, which was won by players from North Carolina, Texas, and Puerto Rico. The largest Powerball prize came in May 2013 and was won by a woman in Florida who claimed $590.5 million.

The AP reported that the $450 million Powerball jackpot would be the sixth-largest ever in North America. But it could grow to be even bigger if no one is deemed a winner on Wednesday night. The record? A $656 million Mega Millions win in March 2012, according to the publication.

Interestingly, if a single person won the $450 million and elected to receive the money at once, there would be a $275.4 million payout before taxes and a $198,288,000 haul after taxes, for a hypothetical winner living in New Jersey. Otherwise, the same N.J. resident could collect the cash over 29 years at the $450 million figure, called an annuity; after taxes, the winner would receive $324,000,001. Click here for a state-by-state breakdown of the average amounts a jackpot winner would receive for a lump sum vs. an annuity.

Taking the lump sum payout could prove to be the better bargain, according to CBS, noting that taxes may increase in future years. Also, the person collecting the annual payments could pass away at some point during the period. Additionally, annuity payments start out smaller and get larger over the years, according to the Powerball website. It breaks down the figures per year for those curious about how much they’d make by selecting that option: the first year, the winner can expect a payment of $4,876,665 after taxes, based on a New Jersey resident.

In October, Fortune reported that the Illinois lottery wouldn’t pay winners until a budget was decided for the state.