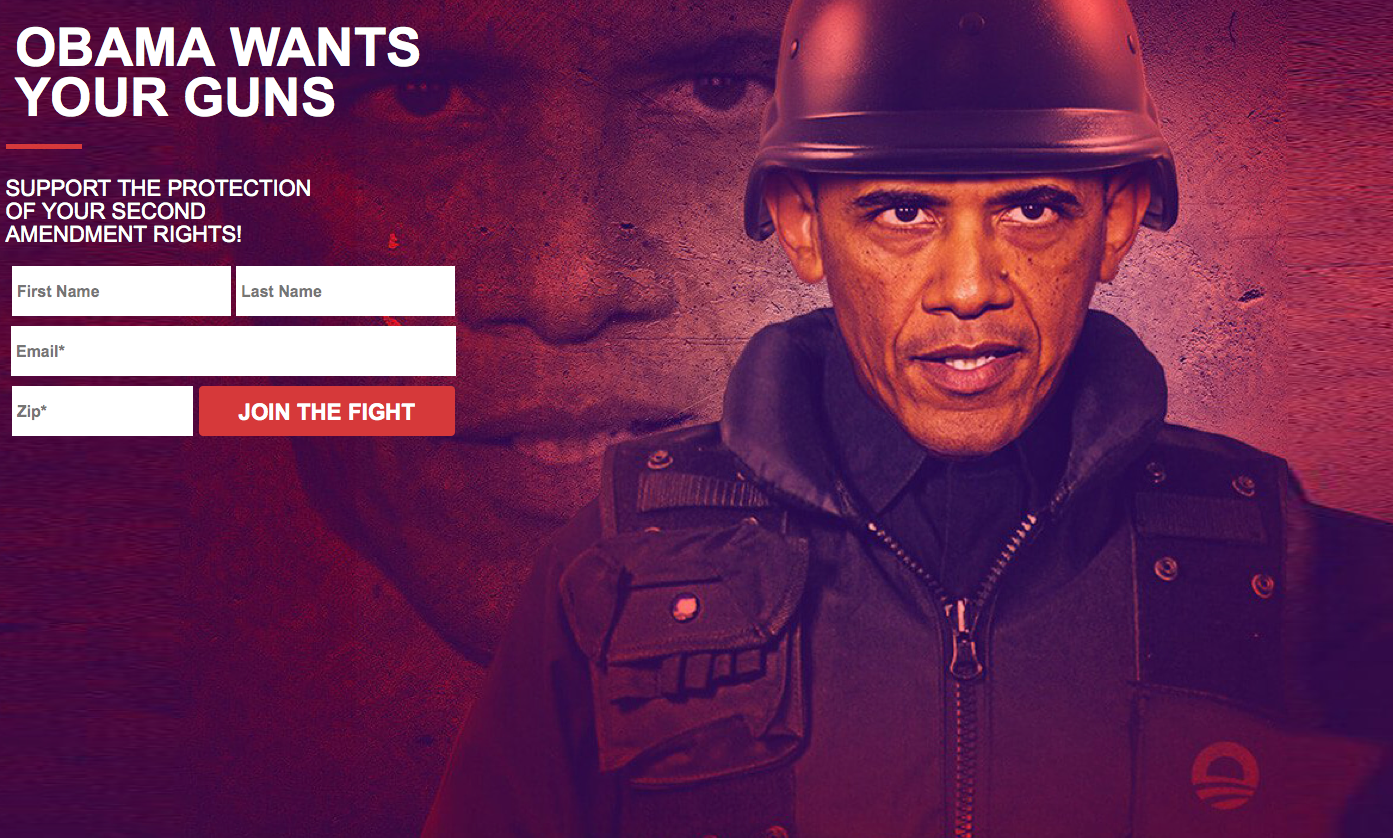 President Obama announced a series of executive orders implementing new gun control measures on Tuesday. The most noteworthy aspect of the President’s executive orders is his attempt to close the “gun show loophole” by requiring temporary and Internet gun sellers to do background checks on all buyers.

As expected, Obama’s end run hasn’t sat well with many on the right, including the candidates for the presidency. Chris Christie has said Obama was being a “petulant child” for taking the action without congressional approval, while Marco Rubio put out an ad saying that Obama wants to take away guns rather than deal with issues like Islamic terrorists.

But of all the conservative responses so far, Ted Cruz’s is hands down the most blunt. The Texas senator’s newest e-mail signup page is straight out of the Tea Party school of web design: It features a warning, OBAMA WANTS YOUR GUNS, above a stylized picture of the President wearing military gear emblazoned with his famous logo, superimposed over a Big-Brother-esque head shot of Obama.