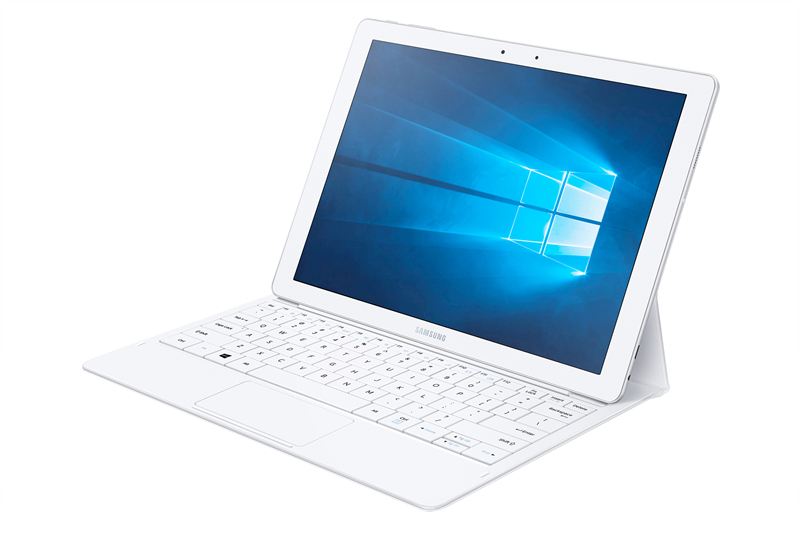 After ignoring Windows for years on its tablets, Samsung is finally embracing Microsoft’s operating system again.

Samsung on Tuesday unveiled the Galaxy Tab S, a 12-inch tablet that comes with an attachable keyboard and uses Windows 10.

“Partnering with Microsoft was a clear choice when developing the Galaxy TabPro S,” Alanna Cotton, vice president of product marketing for Samsung Electronics America said at the Consumer Electronics Show in Las Vegas. “[This] will be the thinnest and lightest 2-in-1 tablet on the market today.”

Equipped with the latest Intel core M processor, the system will have both a full-sized removable keyboard cover and a full-HD display.

If that sounds familiar, it should. The Galaxy Tab S is a virtual clone of Microsoft’s Surface 4. That’s actually a positive for Microsoft, though, as it signals an industry acceptance of its design decisions—something the company has been struggling with for years.

For the past several years, Samsung’s products have leaned more toward the Apple side of the aesthetic spectrum, with clean lines on the systems and soothing color palettes in the operating system.

Samsung certainly didn’t skimp on its latest tablet. Beyond its thin size, the Galaxy Tab S features a super high quality, power efficient AMOLED screen, with a pixel resolution of 2160 x 1440—a better than 50% improvement over standard high definition TVs. The device boasts a battery life of 10.5 hours.

It’s also the first Windows product to use the Galaxy name. Typically, that label has been reserved for devices that used Google’s Android operating system.

Android has been a source of contention between Samsung and Microsoft. In 2014, Microsoft sued Samsung over Android royalty payments. That suit was resolved last February.

The Galaxy Tab S will be available in February. Samsung did not announce pricing for the device.