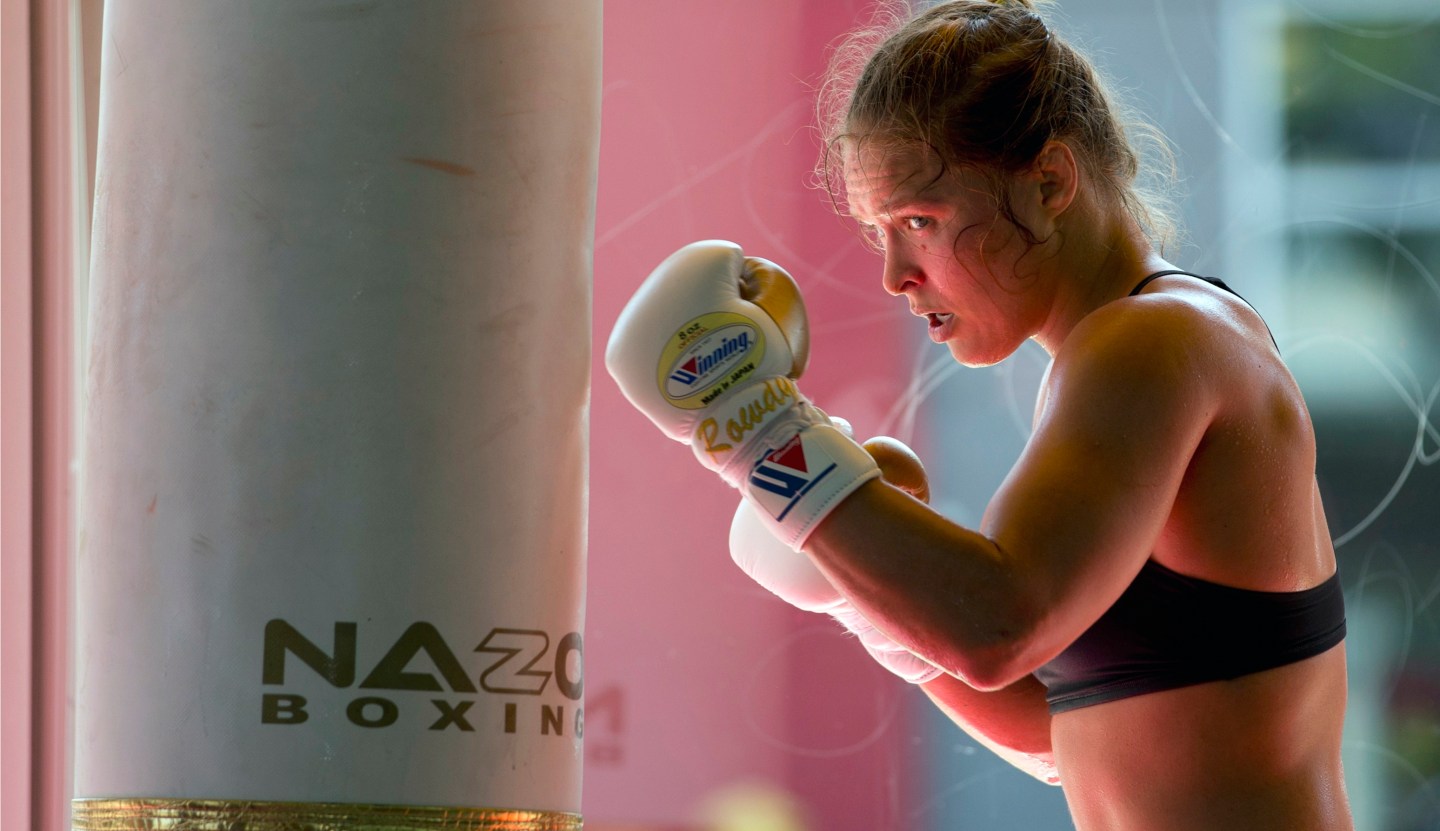 FILE - This July 15, 2015, file photo shows mixed martial arts fighter Ronda Rousey working out at Glendale Fighting Club in Glendale, Calif. Rousey's star power grows with each month, and the UFC's dominant bantamweight champion could have held her next title defense anywhere. She chose to travel to Bethe Correia's native Brazil for UFC 190 on Saturday, Aug. 1, just so she can embarrass the challenger in front of her home fans. (AP Photo/Jae C. Hong,File)
Photograph by Jae C. Hong — AP

Ronda Rousey can now add a new accomplishment to her already impressive résumé: The MMA star and Olympic medalist will be hosting Saturday Night Live this month, the show announced Tuesday.

Rousey, who is starring in the upcoming Road House reboot and previously appeared in 2015’s Furious 7 and Entourage, will be making her SNL debut along with fellow first-timer Selena Gomez, who will be that evening’s musical guest.

This article was originally published on EW.com.