A Manhattan Apartment Is Officially More Expensive Than Ever 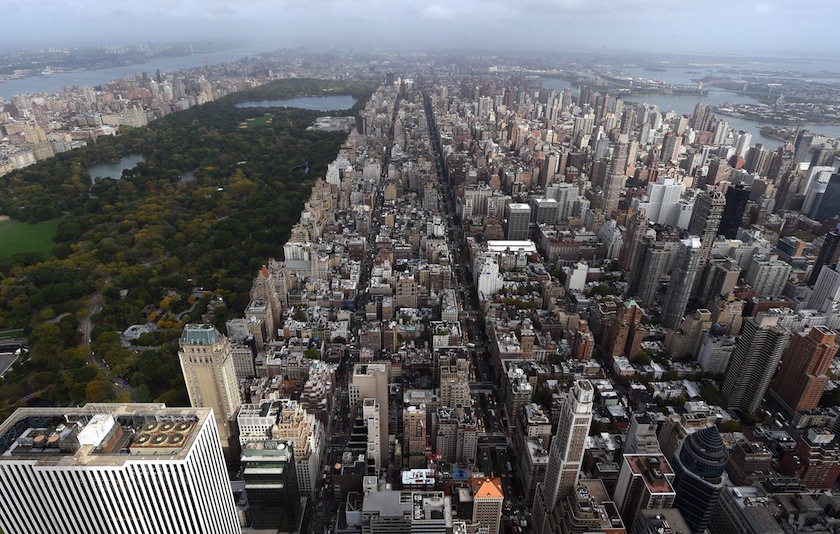 A view of New York City to the north from the 75th floor of 432 Park Avenue October 15, 2104 the day after it earned the distinction of being the country's tallest residential skyscraper. The 104-unit condominium tower with its 96 stories will officially tower over the rest of the Western Hemisphere topping out at 1,396 feet. The luxury tower will welcome its first residents next year, giving them a breathtaking view stretching from Central Park to the Atlantic Ocean and from Lower Manhattan, where the Freedom Tower is located, to Connecticut. AFP PHOTO / Timothy A. Clary (Photo credit should read TIMOTHY A. CLARY/AFP/Getty Images)
Photograph by Timothy A. Clary—AFP/Getty Images

New York City is one of the most expensive places to live in the world, and it got even costlier in 2015.

The average cost for the fourth quarter was also up, to a staggering $2 million. This was driven largely by the sales of high-end new development.

There’s a number of reasons for the increased price, but it essentially boils down to simple economics — there are way more people looking to buy than there are units available for sale. This is especially true for people who can afford to buy but aren’t able to purchase one of the superluxury units that are being built.