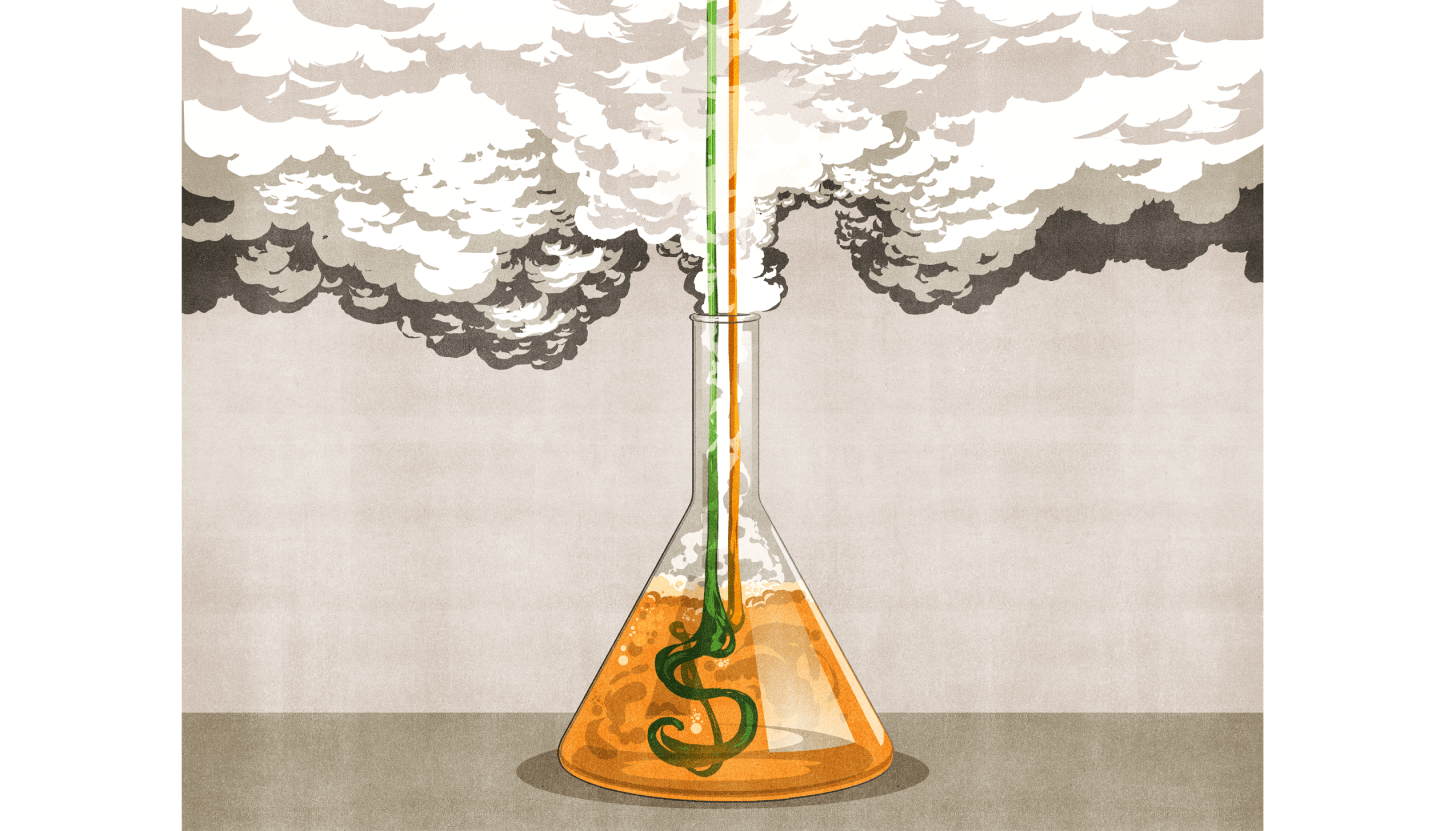 We’re wrapping up a record year for mergers and acquisitions. By mid-December the total value of deals involving U.S. acquirers in 2015 had topped $2 trillion for the first time ever, driven by such blockbusters as the Dow Chemical (DOW)–DuPont (DD) merger. Throw in tie-ups of foreign companies like brewing giants Anheuser-Busch InBev (BUD) and SABMiller (SBMRY), and the global total neared $4.7 trillion.

These numbers are red meat for bears. Pessimists look at the merger boom and play connect the dots with similar booms of years past. And they’re correct in pointing out that past M&A peaks have tended to occur at the top of stock market cycles, not long before steep downward slides. But a closer analysis suggests that a more nuanced view is in order. Compared with other booms, today’s feels almost obligatory, rather than euphoric. And while some causes of the surge may give investors reason for concern, it’s premature to declare a market top.

The most recent peaks offer instructive contrasts. In 1999, U.S. acquirers announced $1.475 trillion in mergers and acquisitions, almost triple the total in 1995. The AOL–Time Warner (TWX) deal, announced in 2000, was an emblematic capper to the era. It was an empire-building exercise in which an old-media titan allowed a new-media upstart to take over using little more than an elevated stock price as currency. That price turned out to be representative of a broader tech bubble, which burst soon thereafter.

M&A dollar volumes next topped $1.4 trillion in 2006 and 2007, but this time the bumper crop was fueled almost entirely by debt. Private equity firms and investment banks with nearly unlimited powers to float bond offerings spurred takeover activity in sectors from retail to restaurants to real estate. Every company, no matter its size, was both a potential target and a likely acquirer. That trend, too, was a symptom of a bubble.

In today’s M&A zeitgeist, we see yet another primary consideration: corporate pragmatism. It’s what you might call a reluctant boom. Deals are happening largely because of deflationary forces that practically demand consolidation. From heavy industry to metals and mining, pharmaceuticals to beer, industries are acclimating to a barely growing global economy and a rapidly aging customer base.

With a few exceptions, the empire-building hubris of corporate finance is not in the picture. Today’s near-zero interest rates may enable the M&A activity, but they don’t explain it. Rather, CEOs are entering into marriages of convenience with competitors out of desperation to preserve margins or rationalize costs. Activist hedge fund managers, flush with investor cash and hungry to make their mark, are prompting these marriages with the shotgun of our age, the threat of a proxy battle. No executive is safe, and no company is too large to withstand the pressure.

December’s revelation that Dow Chemical and DuPont had struck a merger agreement is as emblematic of today’s M&A situation as the private equity takeover of Equity Office, the nation’s largest office-building REIT, was in 2007. That deal was about using bonds to create ever larger income streams; this deal features two of the world’s oldest industrial businesses fleeing into each other’s arms after going 10 rounds with the activists. In fact, the proposed combination is an anti-empire. The central premise is that the two companies, once combined, will spend the next two years splitting themselves up into three companies organized by product line. Never has a $100 billion merger felt more defensive!

One data point that Cassandras often cite is the absolute dollar totals of M&A. It’s true that $2 trillion is an order of magnitude above the average over the past 20 years. But absolute numbers never tell the whole story.

To put the M&A total in context, we should observe it as a percentage of stock market capitalization. In 1999 the market cap of the Russell 3000 index of U.S. stocks stood at $14.6 trillion. The M&A total as a percentage of that capitalization was over 10%. It had never reached that level before, and it has not since. The percentage never topped 9% during the 2006–07 boom. And with the Russell 3000’s current market cap of $24.3 trillion, M&A in 2015 represents 8.65%, despite hitting a record high in nominal terms.

More important, the average multiple that acquirers are paying, while slightly elevated, is nothing out of the ordinary. Deals are typically calculated as a ratio of the overall cost (enterprise value) divided by the acquired company’s cash flow (Ebitda). From 1995 through 2014 the average and median multiples for U.S. M&A stood at 11.7. In 2015, deals took place at an average multiple of 12.4. Given today’s low interest rates, lack of global growth, and desperation to create shareholder value, we could argue that these multiples are surprisingly tame.

So, yes, record M&A is more likely to occur toward the end of a bull market. But through a qualitative lens, we’re seeing companies pairing off from a position of weakness, not strength, at prices that don’t seem euphoric. There are a lot of things about this M&A boom that should worry investors, but its size alone isn’t one of them.