Mark Cuban Believes Legalizing Gambling in the U.S. Is ‘Inevitable’ 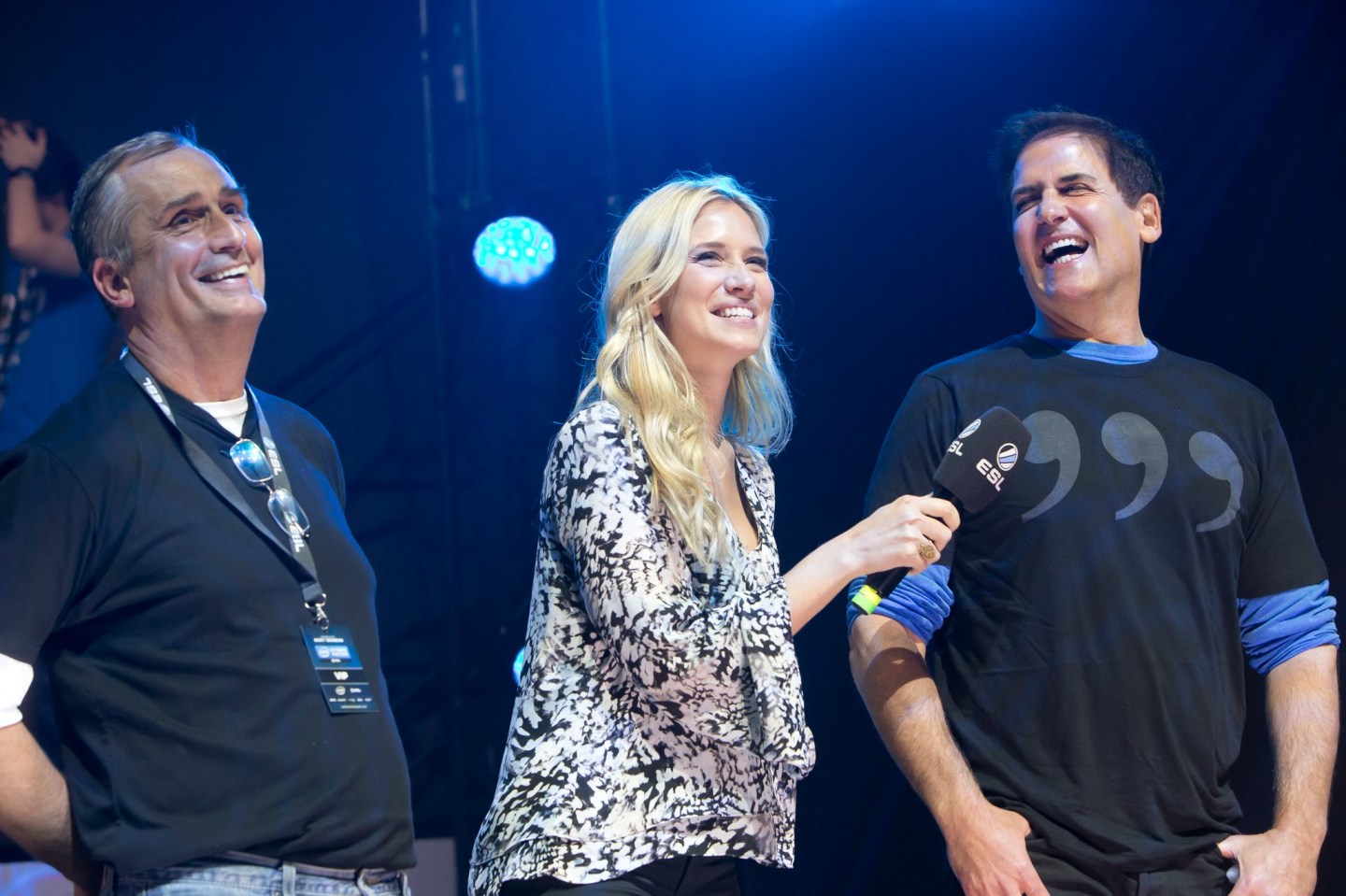 In addition to mixing up his investment portfolio, Mark Cuban has been immersing himself in eSports as of late.

The Dallas Mavericks owner and “Shark Tank” star played in a Nov. 21 League of Legends charity match against Intel CEO Brian Krzanich at the Intel Extreme Masters event in San Jose, Calif., that raised $38,000 for the Cybersmile Foundation. And after Cuban participates in Turner Sports’ “Tech Investing in Sports” panel at CES on Jan. 7, Turner will debut its first entry in its ELeague, where top Counter-Strike: Global Offensive teams will battle for $50,000.

This came after the “Shark Tank” star invested in virtual reality (Virtuix Omni), mixed reality (Magic Leap), and eSports (Unikrn) over the past few years.

In this exclusive Fortune interview, the billionaire weighs in on virtual reality, eSports, and why legalizing betting in the U.S. is inevitable.

Fortune: Virtual reality company Virtuix Omni was originally on “Shark Tank” and no shark backed the company. What changed with either the company or the virtual reality market that made you want to invest in them last year?

Mark Cuban: They really evolved what they were doing with the device and I thought I would have needed uses that would make it a good investment.

We’ve seen Turner and the NBA partner with NextVR and the Kings invest in Voke VR this season, with 360-degree video livestreaming. What impact do you feel 360-degree video will have on the NBA moving forward?

In the next couple years, none. The cameras are nowhere close to ready. They really fall down when it comes to distance and resolution relative to the amount of bandwidth available.

You can have some fun with it, but it’s not close to providing the front-row experience people talk about.

What impact do you feel mixed reality company Magic Leap will have on the entertainment industry?

I don’t know. It will be interesting to see how they commercialize it.

Why did you decide to invest in fantasy eSports and betting company Unikrn?

Gambling is available in more than 100 countries. Combine that with the explosive growth of eSports and I saw it as a great investment.

What was it like to be part of the Intel Extreme Masters celebrity tournament with Intel CEO Brian Krzanich?

It was a blast. I wish I had enough time to practice and get good at League of Legends. It’s a fun sport to play.

By 2017 analysts forecast there will be 335 million eSports fans globally (that’s bigger than the NFL’s fan base). How do you see this growing and young demographic of fans impacting traditional sports like the NBA over time?

I think the NBA will work with our partners to extend our games into the eSports world. There is a lot of room for us to grow there.

How have you seen fantasy sports impact the NBA?

It has made watching our games on TV more fun. Hopefully, the stupidity and hypocrisy in a few states will be cleared up in the courts shortly.

What can eSports learn from the traditional fantasy sports business?

Nothing. It’s probably the other way around.

It’s inevitable. It will take some time for the courts to overcome the grandstanding by a few district attorneys, but once that happens I think we will see a slow but sure availability of gambling across the country.

The bottom line is that it will create needed tax revenue that states will want.