How People Are Using Religion to Circumvent Obamacare 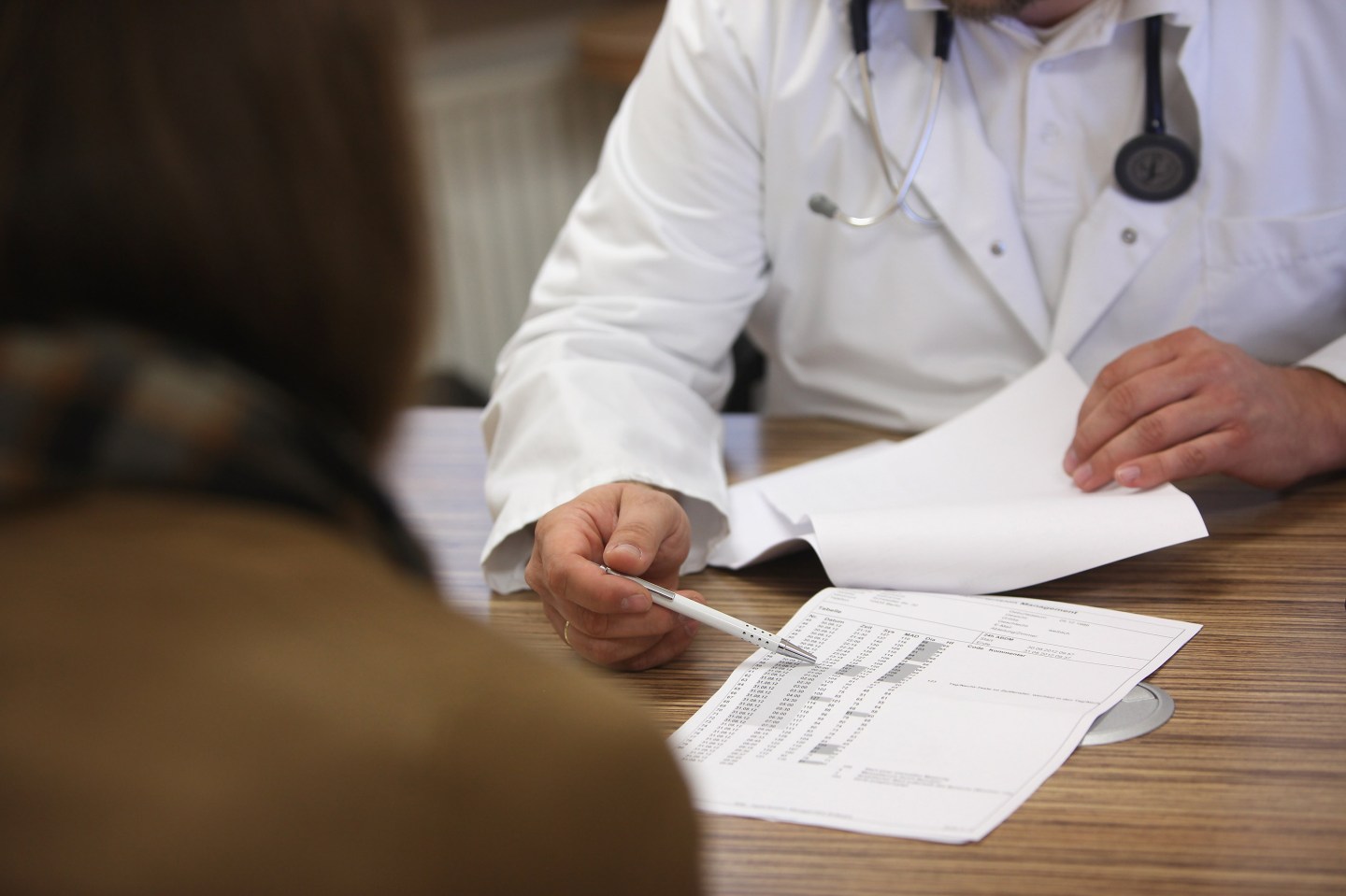 BERLIN, GERMANY - SEPTEMBER 05: A doctor speaks with a patient about her high blood pressure, or hypertension, on September 5, 2012 in Berlin, Germany. Doctors in the country are demanding higher payments from health insurance companies (Krankenkassen). Over 20 doctors' associations are expected to hold a vote this week over possible strikes and temporary closings of their practices if assurances that a requested additional annual increase of 3.5 billion euros (4,390,475,550 USD) in payments are not provided. The Kassenaerztlichen Bundesvereinigung (KBV), the National Association of Statutory Health Insurance Physicians, unexpectedly broke off talks with the health insurance companies on Monday. (Photo by Adam Berry/Getty Images)
Photograph by Adam Berry — Getty Images

The Affordable Care Act has had one largely unanticipated consequence: it’s driven the growth of faith-based health insurance ministries.

The ministries, which provide cost-sharing services to consumers with similar religious beliefs, have boomed in large part because of an exemption to the ACA that allows participants in the ministries to avoid being fined for not purchasing health insurance elsewhere. Membership in the ministries—many of which are run by Amish or Mennonite communities or individual churches—has reached an estimated 500,000, up from 200,000 prior to the passing of the ACA, according to The Wall Street Journal.

The fine Americans will face for not buying insurance will rise to $695 next year.

Consumers have embraced the ministries thanks to their lower price tag—some cost 30% of private insurance—but ministries’ growth has raised concerns among some insurance commissioners since the ministries aren’t regulated by state commissioners that typically protect consumers from unlawful practices and ensure that members’ claims are paid. Some ministries also don’t pay for preventative medical care and some don’t allow members to sue over disagreements, according to the Journal.

There’s a larger worry that the ministries could harm the stability of the Affordable Care Act, also known as Obamacare, since the ministries are attracting healthier individuals. That could throw off the balance of traditional, private insurance plans, leaving them with too many older and sicker members who use medical resources and not enough healthy members to pay into the system.