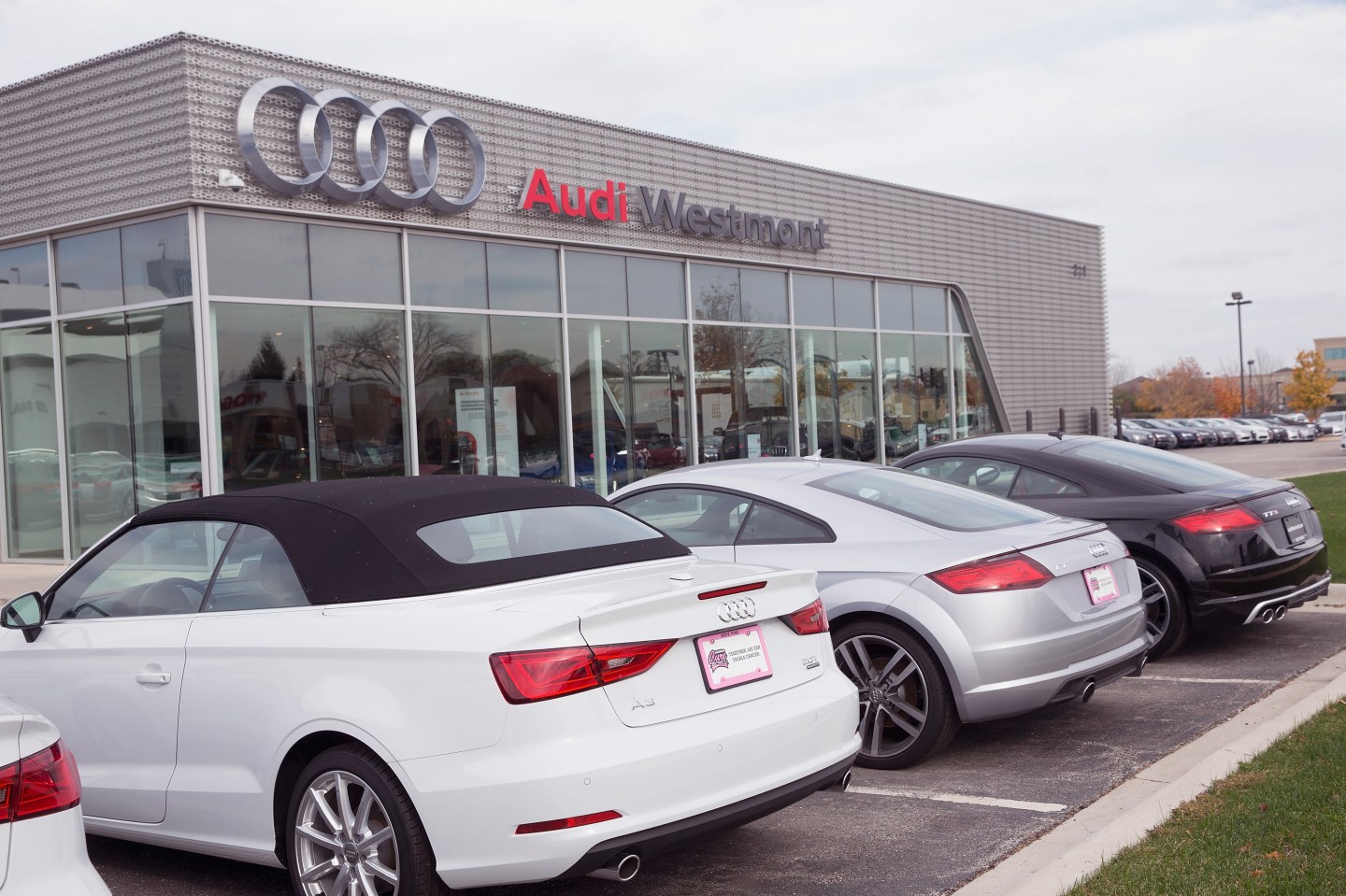 WESTMONT, IL - NOVEMBER 05: Audi vehicles are offered for sale at a dealership on November 5, 2015 in Westmont, Illinois. Volkswagen, which owns Audi and Porsche, has directed dealers not to sell certain pre-owned VW, Audi and Porsche models with diesel engines which do not meet EPA emission standards. (Photo by Scott Olson/Getty Images)
Photograph by Scott — Getty Images

Silvercar is a rental car startup that lets users rent vehicles through an app, although it comes with one catch: The company only rents silver Audi sedans.

The German carmaker made its close partnership with the car rental startup official on Monday, leading a $28 million Series C investment which placed its North American president, Scott Keogh, on Silvercar’s board of directors.

WATCH: For more on startups disrupting the auto industry, watch this Fortune video:

Silvercar is a mobile-focused startup aimed at easing the process of checking out a rental car. It simplifies the reservation and payment process through a sophisticated mobile smartphone app. The service costs between $59 and $89 per day for a car rental. Once a user has made a reservation, he can simply scan a QR code on a rental car’s windshield to check it out. Billing and other options are handled on the user’s smartphone.

As of now, Silvercar only rents silver Audi A4 cars—which retail starting at $35,900—and given this recent investment, it appears likely the startup will continue to use Audi vehicles extensively.

The two companies also plan to develop a system called Audi Shared Fleet, which is described as a way to provide app-powered rental car services to corporate campuses.

The partnership between Silvercar and Audi, a Volkswagen subsidiary, is another sign that traditional automakers are seeking new ways to expand their business and are taking car-sharing startups seriously, which threaten to disrupt the traditional way vehicles are sold or leased. For example, on Monday, Lyft said that General Motors (GM) had invested nearly $500 million in the company in its latest round of fundraising.

On Monday, Silvercar also announced that its rental car service is now available in Las Vegas. Ultimately, Silvercar plans to use the investment to expand into more markets, so users might soon be able to rent from Silvercar in more locations, as long as they’re fine driving an Audi A4.