These New Cruise Ships Are Aiming for Gamers 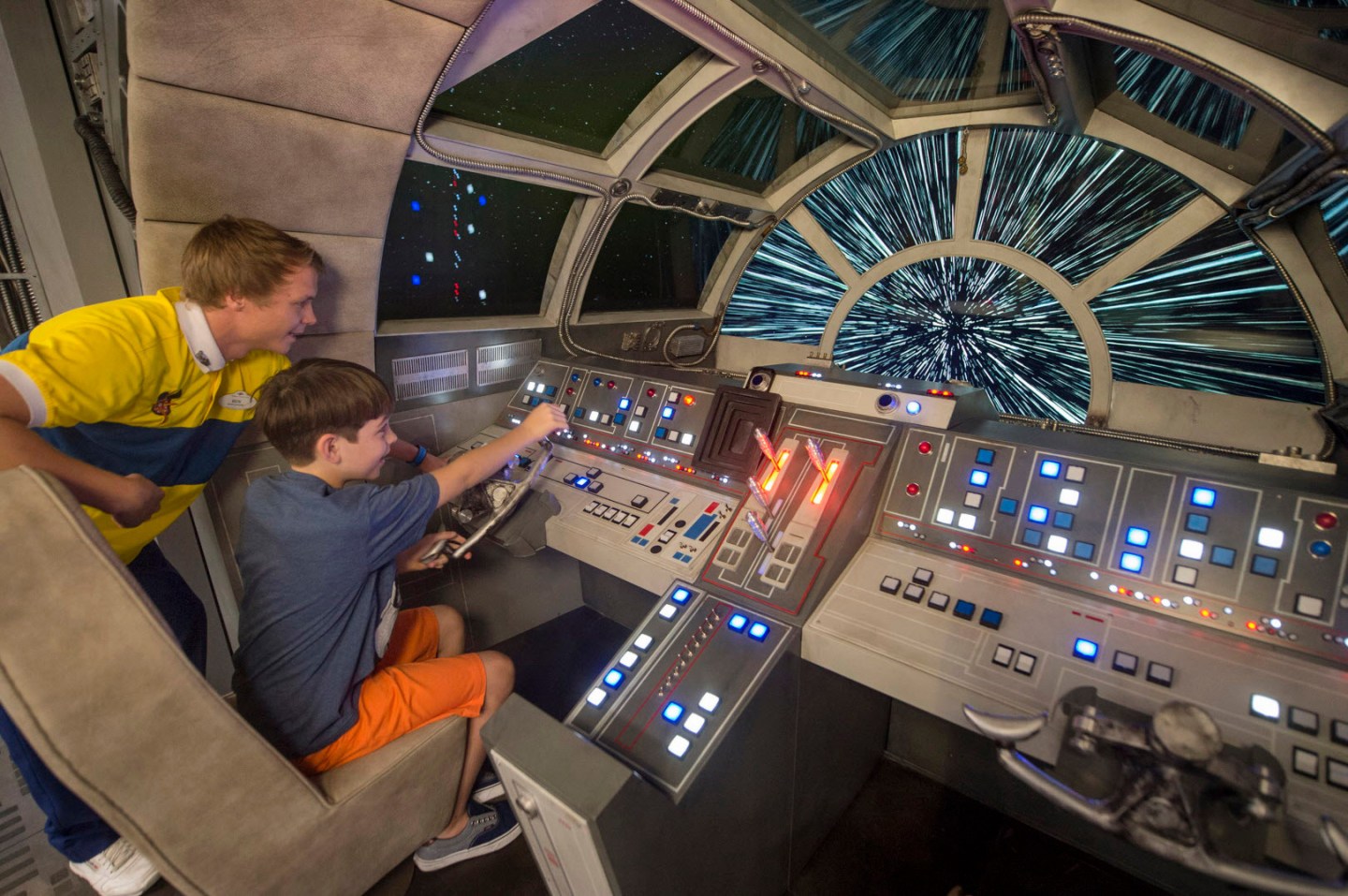 The $30 billion cruise ship industry has been on a mission to update itself. Royal Caribbean has unveiled a fleet of “smart ships,” while many cruise lines have introduced high-speed, global Wi-Fi.

But in recent months, cruise lines have been trying to outdo each other and up their game — literally — offering all kinds of tech add ons to appeal to gamers. “Technology is driving the new generation,” Nick Weir, vice president of entertainment at Royal Caribbean International (RCL), says. “Their lives and technology are seamless, so that’s the trick out at sea is using technology to enhance the cruise experience.”

Just in time for the new release of Star Wars, Disney Cruise Line, part of The Walt Disney Company (DIS), added Star Wars gamer attractions to the Dream cruise line. Walt Disney Imagineers created a full-sized replica of the Millennium Falcon’s cockpit, complete with four different scenarios that kids can pilot through as part of their Oceaneer’s Kids Club on-board program. There’s also a separate engine room filled with Star Wars video games and a common room complete with a Holochess table. Kids can push all of the buttons, levels, and switches to unlock special effects sequences.

And they also can learn how to use the Force and take on Darth Vader and stormtroopers in a staged show.

Danny Handke, creative design lead at Walt Disney Imagineering, says with the special effects, the lighting, the audio, the show control, and the animation that comes to life in this space is the most complex attraction ever built on a Disney cruise ship.

The other attraction for gamers on the ship is the Disney Infinity play room. There’s a life-sized version of the game that lets two players use their bodies to race through race tracks with Mickey, Minnie, and friends using Xbox Kinect motion-sensor technology. There’s also a room full of Xbox One consoles for multi-player fun on Disney Infinity 3.0, which includes Star Wars levels and characters. Kids can take home their Oceaneer band and unlock exclusive content on their home console featuring the Dream ship with Mickey as captain and other items.

Royal Caribbean International has launched a class of ships that features Voom satellite Internet service — it is billed as being so fast that passengers can play online games while at sea in a dedicated Xbox video game lounge. Part of the quantum class, Anthem of the Seas, debuted April 22, 2015, a year after sister ship, Quantum of the Seas. (A third ship, Ovation of the Seas, is slated for 2016.) This class of smartships is being marketed explicitly to the gaming generation.

“People just expect to be connected, especially the Millennial generation,” Max Schmidt, vice president of IT operations for Royal Caribbean International, says. “They want to be able to play the games that they have at home.”

Royal Caribbean built a multi-use SeaPlex space that converts from a bumper car track to a roller skating rink to a basketball court to a trapeze circus school. The Xbox lounge is located just above this main area.

Touch-screen devices of all sizes are becoming the norm on cruise ships. Royal Caribbean takes a very different approach with its Bionic Bar, where a pair of MIT-designed robots that make hundreds of custom drinks that are ordered from iPad spread around the bar area. Rounding out the new ships is a Ripcord by iFly indoor skydiving school and a Northstar observation tower, which lifts up to 14 guests at a time 300 feet above sea level for a 360-degree view.