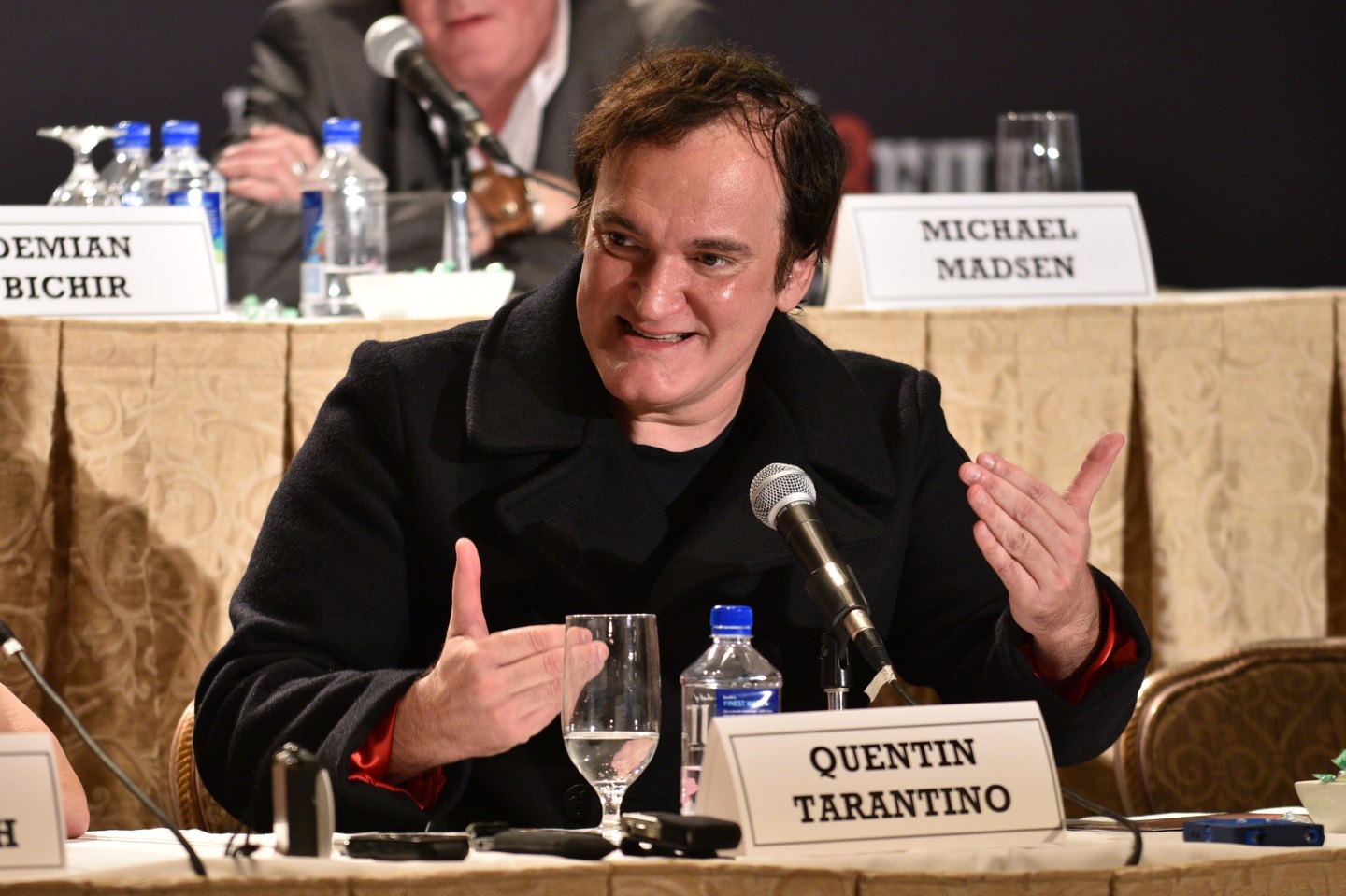 An online piracy group has issued a rare apology for uploading Quentin Tarantino’s latest film, The Hateful Eight, before its release date.

The group known as Hive-CM8 leaked the film on Dec. 21, four days before the movie’s Christmas premiere in theaters, according to CNN. It originally received a copy “from a guy on the street,” the group said, and a week after their leak, it seemed to be genuinely remorseful. In a statement released on Reddit on Wednesday, the group said:

We feel sorry for the trouble we caused by releasing that great movie before cinedate even has begun. we never intended to hurt anyone by doing that, we didnt know it would get that popular that quickly.

The apology is surprising considering that Hive-CM8—a movie piracy group that reportedly has been around for five years— has been brazen about its intentions to leak Hollywood films over the next few weeks. Movies such as Spotlight, Concussion, and The Revenant are among a batch of 40 films the group will upload online before their release dates, according to Motherboard. The copies are apparently high-quality screeners usually sent to industry professionals and journalists for awards consideration.

The leak concerning The Hateful Eight is notable, as the copy has been traced by the FBI to a top Hollywood executive, sources told The Hollywood Reporter. That executive has denied any wrongdoing and is cooperating with the investigation.

Hive-CM8, however, believes the piracy has promoted the film and increased its chances of a profitable box office tally. “We actually think this has created a new type of media hype that is more present in the news, radio, and in the papers than starwars [sic], and the promotional costs for this were free,” it said.

For what it’s worth, the group also really liked the movie, and said it was its favorite for top prizes during awards season:

The Hateful Eight is an excellent,thrilling and entertaining Western that combines terrific direction,a fantastic cast,a wonderful script,beautiful photography and a memorable score. All of those elements make The Hateful Eight an unforgettable film that is Quentin Tarantino at his best.