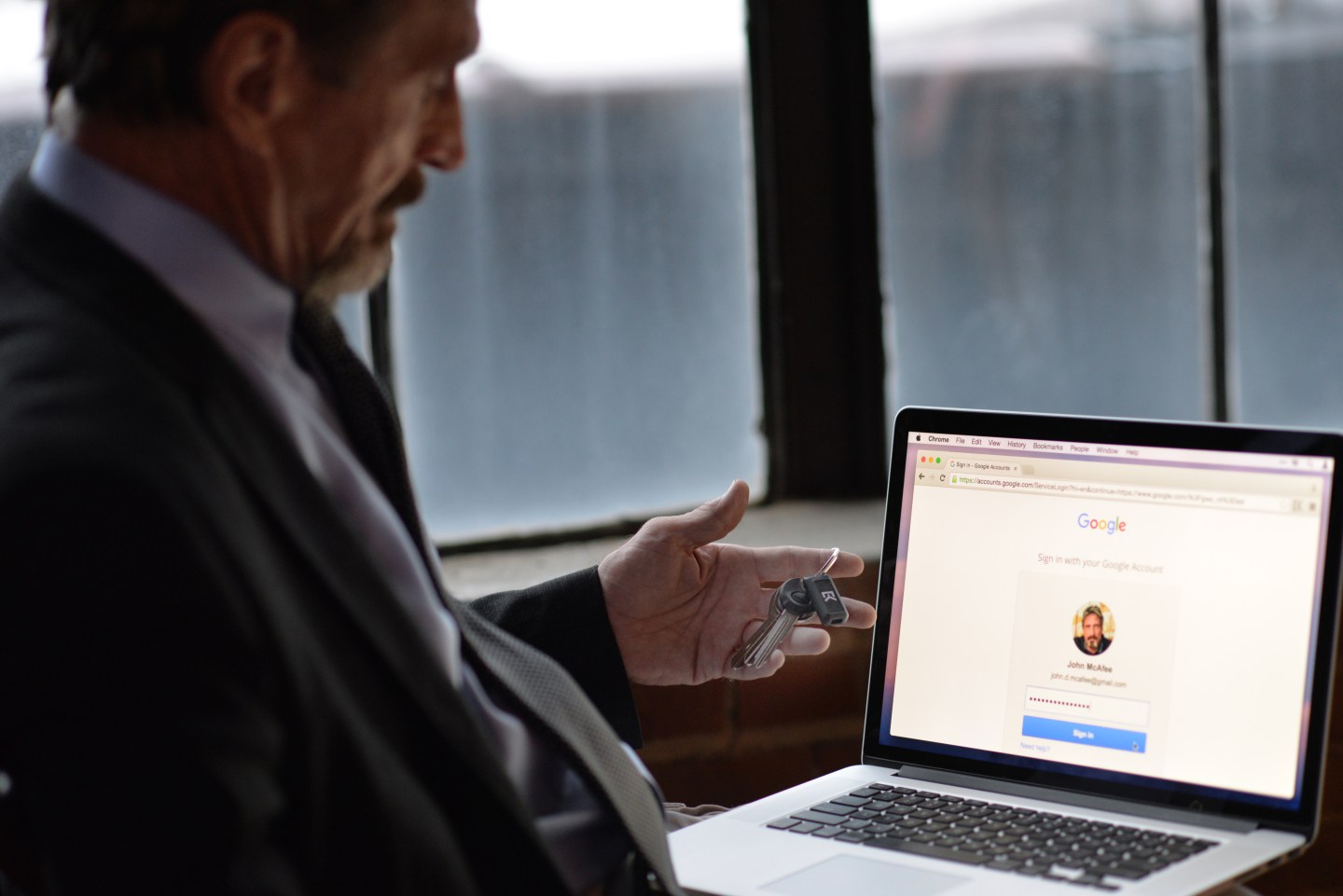 John McAfee, the co-founder of early computer security software maker McAfee, has done more than most with his life. He’s been a pioneer in antivirus software, a third-party presidential candidate, and, briefly, a fugitive from the law after his neighbor was murdered in Belize.

Now, McAfee wants you (and me) to fund his current project: Manufacturing a small device that “unlocks” everything from your smartphone to your front door. He is hawking the gadget, called Everykey, as part of an Indiegogo crowdfunding campaign through Jan. 10.

“This is a f***ing game changer,” McAfee declared using his usual bravado in a company press release.

The campaign has already raised more than $57,000, almost triple its $20,000 goal. In an earlier campaign on Kickstarter last year, Everykey raised nearly $120,000. (That was before McAfee became chief evangelist for Everykey earlier this year.)

The technology comes in two forms: one that resembles a USB thumb drive and another that looks like a digital fitness band. Both versions store passwords using military-grade software encryption, meaning that the data is especially tough to decipher, according to Everykey’s Web site.

When you place Everykey near a properly configured laptop, smartphone, or tablet computer, it automatically unlocks the device using a Bluetooth wireless connection. Move it out of range (about nine feet), and the device will lock down again so that no one unauthorized can use it.

Everykey works with Web site accounts and doors that are outfitted with wireless access control technology—including those in your house or your car. What happens if you lose Everykey? It can be “frozen” remotely, so no one else can use it.

The Cleveland company was born in 2012, when engineering and computer science student Chris Wentz took an entrepreneurship class at Case Western Research University. The professor of the class was so intrigued, he became an early investor when Wentz founded a startup based on his class project.

“Instead of carrying a bulky keychain and remembering a list of passwords, we want your access control to be something you don’t have to think about,” Wentz said.

Everykey intends to deliver its device to Indiegogo backers in March 2016.