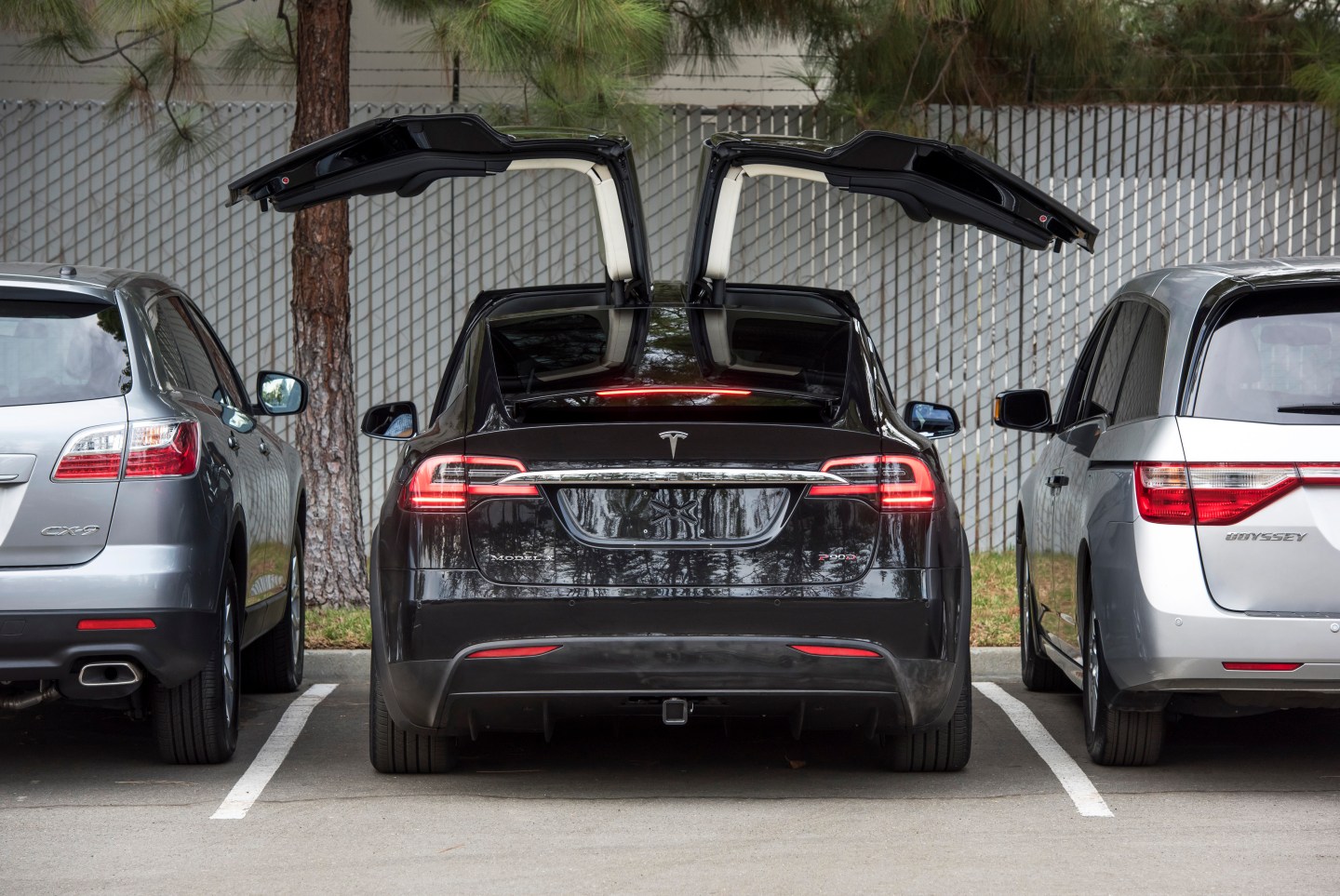 Over the past couple of weeks, a handful of customers who had put down a $40,000 deposit for a “Signature Series” of the Model X, have received their cars, according to customers’ reports on forums, social media and blog posts. The “Signature Series” of the Model X is a limited-edition version for early reservation holders that comes “fully loaded” with all of the cars bells and whistles. The cost: $132,000 to $144,000.

The Model X, first revealed in 2012, is Tesla’s third electric car. It was designed with swooping gull-wing doors and seats for seven adults along with an optional tow hitch.

A Tesla (TSLA) spokesperson confirmed that the company has started delivering the Signature Series versions of the Model X cars. On Saturday, the company tweeted a picture of one of those deliveries.

But beyond those select few, it’s been unclear how quickly Tesla would be able to ship the cars to the rest of its customers, many whom have been waiting years for their orders to arrive. How quickly Tesla can grow and automate production of its Model X cars—at the same time that the company is also making the Model S— is important for Tesla’s near term future and its earnings in early 2016.

As of this summer, Tesla had over 20,000 reservations for the Model X (most of which required a $5,000 deposit). In Tesla’s latest earnings call, CEO Elon Musk said that he was “very confident” of being able to grow production of the Model X to “several hundred vehicles per week by the end of the year.”

Musk said production growth depended on how quickly the company could solve small technical issues, like correct placement of the door seals. Deliveries of the Model X cars around the holidays could also be a “logistical challenge,” said Musk.

Update: The story was revised from the original after a Tesla spokesperson said she had mistakenly associated deliveries with production numbers. The company has produced “hundreds” of Model Xs rather than delivered “hundreds” to customers.