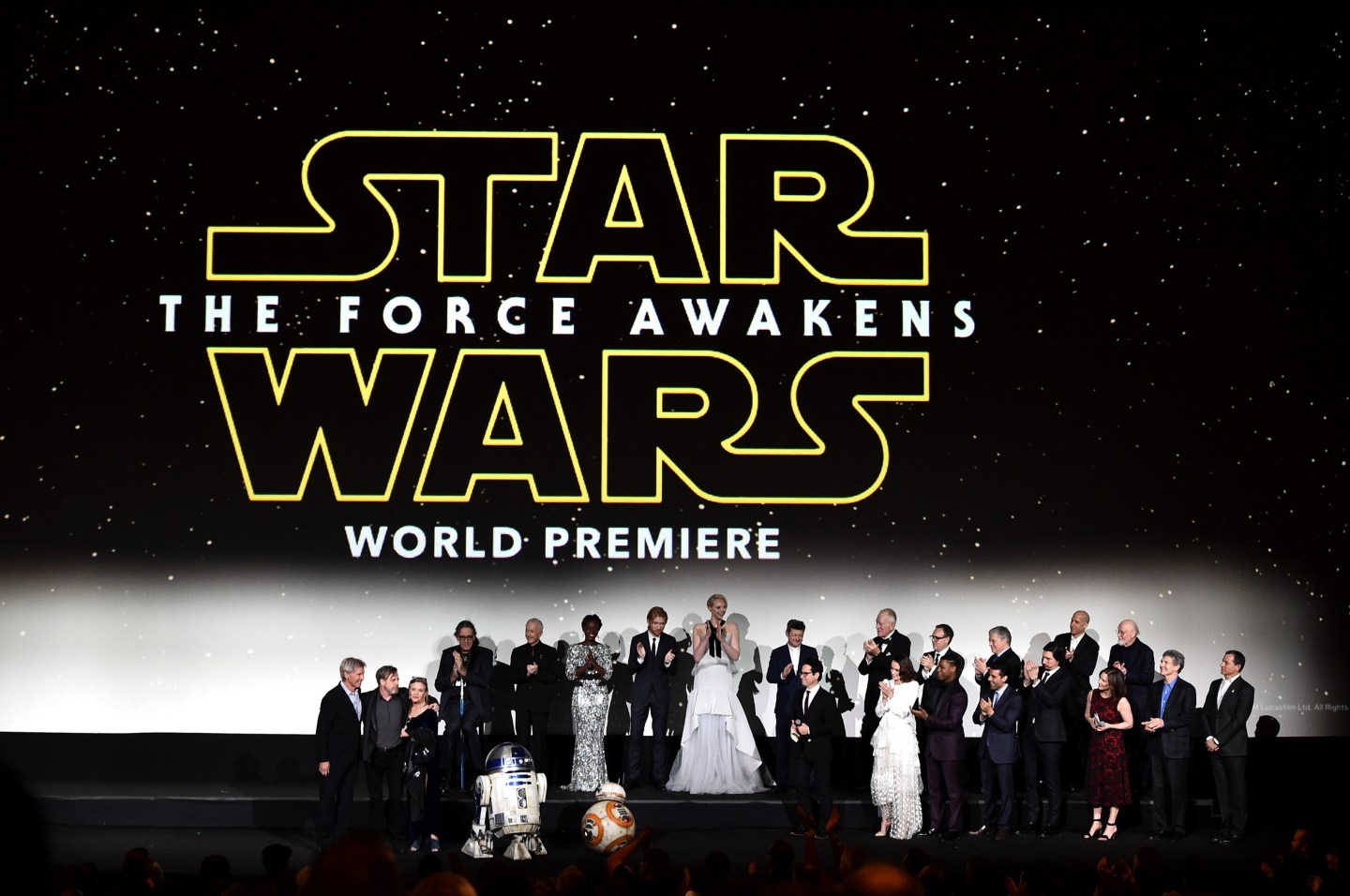 attends the World Premiere of Star Wars: The Force Awakens at the Dolby, El Capitan, and TCL Theatres on December 14, 2015 in Hollywood, California.
Photograph by Alberto E. Rodriguez — Getty Images

Opening day earnings had previously been estimated at $100 million, which would already have been a record, but Walt Disney (DIS) and Rentrak just upped that number. USA Today reports that the movie’s opening day earnings are projected to reach between $120 million and $125 million. These new numbers reflect Thursday’s preview showings, which reached a total of $57 million, a record for Thursday previews.

The weekend total is expected to be at least $225 million. The current record holder for an opening weekend is this past summer’s Jurrasic World with $208.8 million.

“It’s definitely, no question, a new all-time weekend record,” Paul Dergarabedian, a box office analyst for Rentrak, told USA Today. “It’s just a matter of how big this weekend number will get. A lot of that will depend on how the movie does on Saturday.”

This news comes as no surprise: Fortune earlier reported that by mid-day FridayThe Force Awakens had already sold more tickets than any other movie of 2015.