CryptocurrencyInvestingBanksReal Estate
Finance ·Best of the Year in Business

What ‘The Twelve Days of Christmas’ Would Cost Now 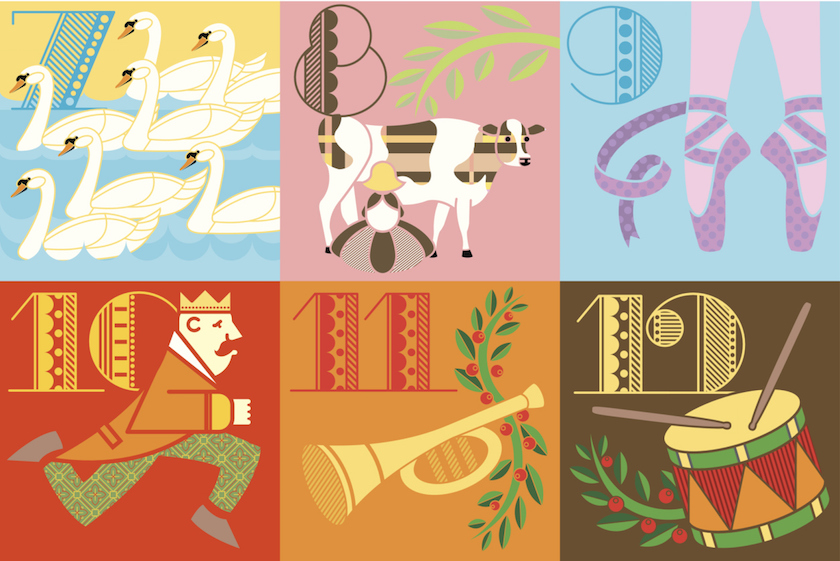 Want to give your true love a partridge in a pear tree? How about two turtle doves? The partridge will set you back 3.5% more than it would in 2014, due partly to the bird’s “growing popularity as a gourmet food,” while higher grain prices have bumped up the price on turtle doves by 11.5%, says PNC’s annual Christmas Price Index report.

Even so, the retail cost of all the items listed in “The Twelve Days of Christmas” comes to a total of $34,130.00, a scant 0.6% more than last year, or just a tiny bit over the 0.2% federal Consumer Price Index. That’s the smallest increase in six years.

Each December since 1983, PNC has been using the lyrics to the 104-year-old song as a whimsical way to take a snapshot of the U.S. economy. This year’s biggest surprise is the price of the fifth verse’s five gold rings, which has stayed the same as in the past two years. “With the summer’s volatility in gold prices, we expected a bigger change,” says Dunigan. “But the rings appear to be less volatile than the underlying commodity.”

Likewise, prices for nine ladies dancing ($7,553), 11 pipers piping ($2,635), and 12 drummers drumming ($2,855) are “exactly on par” with the last two years, reflecting sluggish wage growth in the economy overall. As for the eight maids a-milking, which the report calls “the only unskilled workers in the index,” they haven’t seen a raise in six straight years, since the federal minimum wage was last raised in 2009.

Note to Internet shoppers: because e-commerce prices tend to be higher than brick-and-mortar store prices, and taking shipping and handling charges into account, buying everything mentioned in the song online will set you back a hefty $43,626.73 — $9,495.74 more than you’d pay in person.