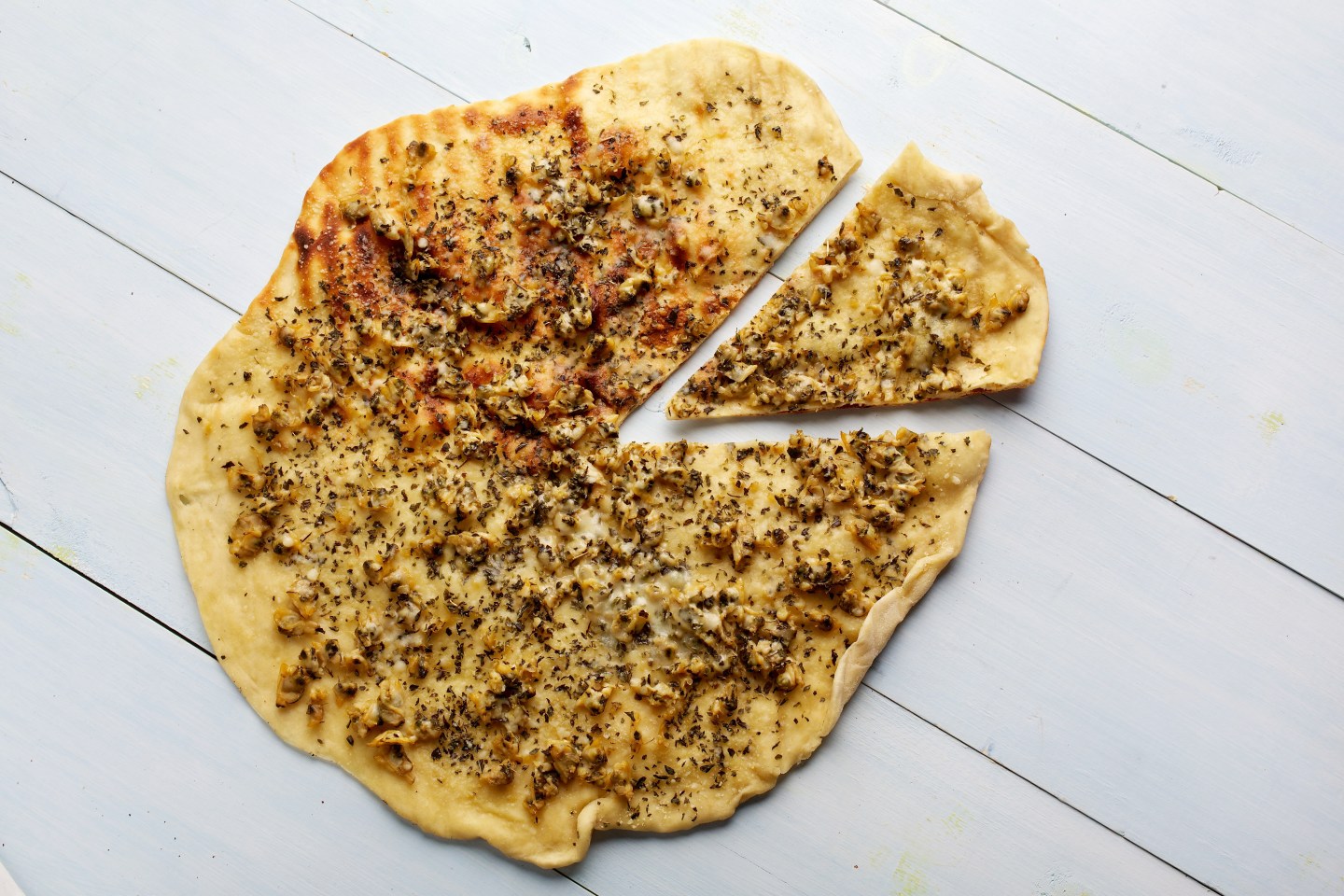 Wednesday is a red-letter day for a certain Boston-area, pizza-loving demographic. It’s opening day for Pepe’s Pizzeria in Chestnut Hill, a suburb a few miles west of downtown Boston.

Pepe’s, more formally known as Frank Pepe Pizzeria Napoletana, is a 90-year-old New Haven, Connecticut legend among locals, Yale students (past and present), and tourists. Its white clam pie, in particular, has a huge following. (Some prefer Sally’s down the street, but no one really cares what they think.)

The owners have reportedly long wanted to open an outpost north of the city’s border, but there have been maddening false starts. For example, last year Pepe’s plans to open in Brookline’s Washington Square neighborhood, fizzled. But after regrouping, Pepe’s picked the tony Chestnut Hill mall as its next venue.

Co-owner Gary Bimonte, grandson of the founder who immigrated from Italy, told the Boston Globe, that this location will feature more salads and some other innovations—purists may not like that but, hey, they can still stick to their favorites.

Pepe’s has other locations in Connecticut, including at the Mohegan Sun casino, and one in Yonkers, NewYork, but this is its first foray in Massachusetts. And even loyalists wonder if the white clam pie will be the same north of the border. Purists wonder, for example, if the different water supply will affect crust quality.

It’s safe to say hundreds, if not thousands, of Nutmeg State natives in the Boston area are planning to find out for themselves.

For more on pizza, check out the following Fortune video: