Should Plaintiffs Lawyers Get 94% of A Class Action Settlement? 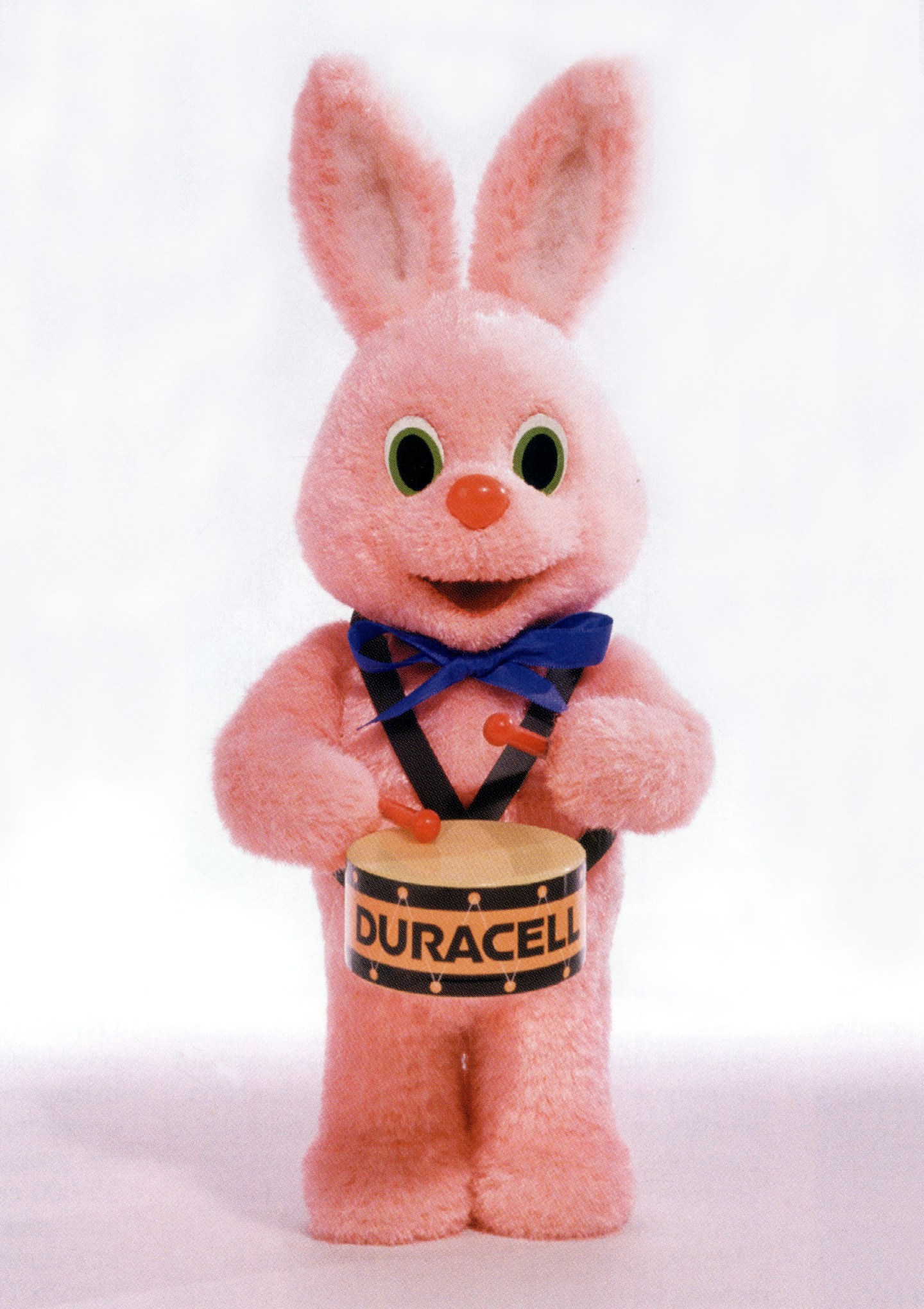 Imagine if lawyers went to a judge with a proposed class action settlement and said, “Under this deal the plaintiffs attorneys will get 94% of the cash recovery, while the class will divvy up the remaining 6%.” Obviously, no judge would find such a resolution to be “fair, reasonable, and adequate,” the standard required for approval.

Nonetheless, stripped of some dubious bells and whistles, that was the guts of a deal reached in a consumer class-action over Duracell batteries that did, in fact, win a federal judge’s approval in 2014, and that also won the blessing of the U.S. Court of Appeals for the Eleventh Circuit last July. The four plaintiffs law firms that brought the case were together awarded $5.7 million, while the 7.26 million class members they represented divvied up just $345,000 between them. Duracell is a brand of The Gillette Co., which is a unit of Procter & Gamble (PG).

On Saturday, a class member who objected to the settlement, Ted Frank, filed a petition seeking U.S. Supreme Court review of the deal. Frank’s petition should be taken seriously. He’s an attorney with the Competitive Enterprise Institute Center for Class Action Fairness, and he’s probably the nation’s most relentless warrior against class-action fee abuse. Lending heft to his petition is the fact that he’s being represented in the matter by prominent Supreme Court advocate Tom Goldstein, of Goldstein & Russell, who is also the founder and publisher of Scotusblog.

(The plaintiffs lawyers and Gillette have not yet responded to Frank’s Supreme Court petition, and have 90 days in which to do so.)

The reason the Duracell agreement sailed through the Eleventh Circuit without objection is that the parties used several common, but controversial, techniques for inflating the apparent value of a class-action agreement far beyond the actual cash sum that reaches class members. (Some of these techniques have been rejected by other federal appeals courts, leading to contradictory opinions among circuits—one factor the Supreme Court looks for when choosing which cases to review—according to Frank’s petition.)

The valuation techniques effectively disguise how little has been achieved. In the Duracell matter, for instance, the parties claimed that the deal bestowed $50 million worth of benefits on the class—145 times the sum the class actually received. Against that fictitious backdrop, the plaintiffs lawyers’ fees looked like just 10% or so of the total, falling well within the 25% benchmark generally accepted in such cases.

In the Duracell case, plaintiffs alleged that Duracell deceptively marketed its premium “Ultra” line of batteries as being longer lasting and more powerful than its ordinary CopperTops. In the settlement, Gillette admitted no wrongdoing, so the merit of the claim was never resolved.

Three recurring, suspect methods were used to jack up the apparent value of the settlement deal. One is to pretend that every class member was really going to file a claim and collect the pittance of relief being offered to them, even though everyone knows that only a tiny fraction will do so. The second is to purport to have won for the class some “injunctive relief”—a commitment by the defendant to swear off certain practices in the future—to which it is difficult to place a precise value. The third technique is to require the defendant to give some sort of cash or in-kind donation to a charity, even though it may be a charity the defendant regularly donates to anyway and the donation does not benefit the class.

Why do defendants, like Gillette, go along with these subterfuges? Here’s how Frank and Goldstein explain the phenomenon in their petition:

The basic problem is this: While class counsel and defendants have an incentive to bargain effectively over the size of a settlement, similar incentives do not govern their critical decisions about how to divvy it up—including the portion allocated to counsel’s own fees. The defendant cares only about the bottom line, and will take any deal that drives it down. Meanwhile, class counsel have an obvious incentive to seek the largest possible portion for themselves, and will accept bargains that are worse for the class if their share is sufficiently increased. As [Court of Appeals Judge Richard] Posner [of the Seventh Circuit] has recently explained: “From the selfish standpoint of class counsel and the defendant, … the optimal settlement is one modest in overall amount but heavily tilted toward attorneys’ fees.”

Here’s what happened in the Duracell case. Judge for yourself whether you think Frank, Goldstein, and Judge Posner are on to something.

The plaintiffs filed the case in Orlando, Fla., in 2012. In July 2013, Duracell stopped making Ultras. The following month it launched “Quantum,” a new premium line about which the company then made claims very similar to those it had made about Ultras—that they were its longest lasting and most powerful batteries. The month after that the case settled.

The settlement offers class members a $3 reimbursement for each of up to four packs of Ultras, if they have proof of purchase—a weird thing to have years after the fact—or reimbursement for two packs (i.e., $6) if they don’t have proof. Notice of the settlement was then published through the media, since Gillette doesn’t do direct retailing and therefore doesn’t possess most of its customers’ emails or mail addresses. As is usually the case when notice is accomplished by publication, fewer than 1% of class members responded. In this instance, it was 0.76%—55,000 of the 7.26 class members—resulting in claims totalling $345,000.

For purposes of computing the reasonableness of the attorneys fee, however, the parties theorized that since every class member had a right to send in a claim for $6, the value of that portion of the settlement was $43.56 million (7.26 million x $6). U.S. District Judge Gregory Presnell accepted this methodology, even while acknowledging that the sum was “somewhat illusory.”

Second, the deal offered some difficult-to-value injunctive relief. Here, Gillette agreed to no longer market Ultras as longer-lasting than its CopperTops. That sounds important, until you remember that Gillette discontinued selling Ultras altogether two months before the settlement was reached, and that it launched a new premium brand—Quantum—a month later, about which it made claims nearly identical to the ones just foresworn. The U.S. Court of Appeals for the Eleventh Circuit, in affirming Judge Presnell’s approval of the deal, found that this nonmonetary relief was significant, in that the litigation had been a “material” factor in Gillette’s decision to discontinue using the challenged language about Ultras. (The appellate opinion was an unpublished, “per curiam” ruling, meaning that no individual judge had to own up to having authored it.)

Third, and finally, the settlement deal required Gillette to make a donation to charity. Such relief is known as a cy pres award, from the Old Norman phrase cy pres comme possible, or “as close as possible.” The idea is that sometimes, when it’s hard to determine the value of an injury—like, say, infringement of a privacy right—or hard to locate the wronged parties, it may be sufficient to order the defendant to donate money to a watchdog organization that is devoted to protecting the same sort of right that the suit was designed to vindicate. That way, the class theoretically might still benefit, albeit indirectly. (I’ve written before about some of some dubious uses of this doctrine, in which, for instance, defendants like Facebook and Google have been ordered to donate money to organizations they already support, like the Electronic Frontier Foundation and the Center for Internet and Society.)

In the Duracell case, Gillette was required to make an in-kind donation of its batteries to “Toys for Tots”—a group it already supports in this fashion—or to “first responders” or to any other charities that use batteries. It’s supposed to donate $6 million worth of batteries over five years (tallied by the batteries’ retail price, even though Gillette sells them only at wholesale). Though such donations are certainly admirable, they don’t benefit the class at all, and have nothing to do with fighting false advertising—the theoretical, though unproven, wrong that sparked the lawsuit. (Last year, when the Supreme Court denied review of a class action settlement against Facebook that featured a cy pres award, Chief Justice John Roberts, Jr., wrote a four-page statement expressing his interest in finding an appropriate case presenting the question of “when, if ever,” such awards are appropriate.)

The problem with all these methods of inflating the true value of the relief plaintiffs firms have won for the class is that they reward attorneys for bringing cases that may well have not been worth bringing. There are plenty of wrongs out there worth correcting. But if it’s not clear that a wrong occurred, and only a tiny fraction of the class is interested in the relief you’ve won for them, then maybe you should choose your next cause more carefully.