This Could Be the Ultimate Window Seat 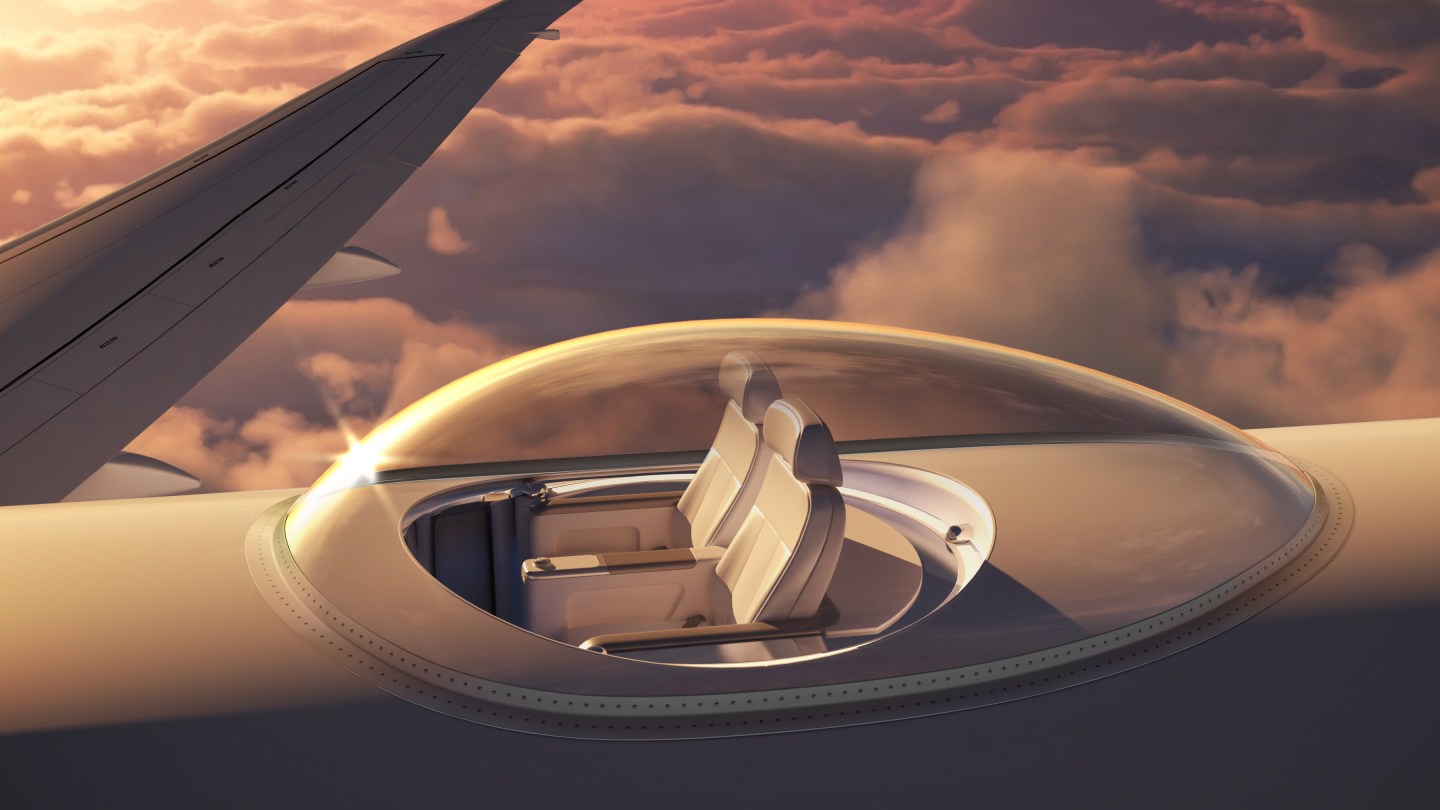 Windspeed Technologies, a private aerospace engineering services company, has set out to transform in-flight entertainment with SkyDeck, a bubble-style window.

The company’s website describes SkyDeck as a “semi-external location” that gives passengers a view infinitely better than they’d get from a regular window seat. They’ll be enclosed in high-strength materials similar to those used for supersonic fighter jet canopies that will let them observe the plane’s surroundings.

The product is still pending patent and trademark approval.

According to Windspeed Technologies, SkyDeck’s teardrop design helps diminish any concerns about the canopy interfering with the plane’s tail performance. The company also claims that additional weight and fuel burn will not be an issue. It can be installed on a variety of aircrafts, including small executive jets, and will include a UV-protection coating and an anti-condensation film to prevent fogging.

There are different designs that can be applied to the canopy. It can be one or two seats, and have either an elevator or staircase for entry. The price depends on the design chosen as well as the type of aircraft on which it will be installed. According to an interview with Shakil Hussain, president of Windspeed Technologies and inventor of SkyDeck, current estimates range from $8 million to $25 million.