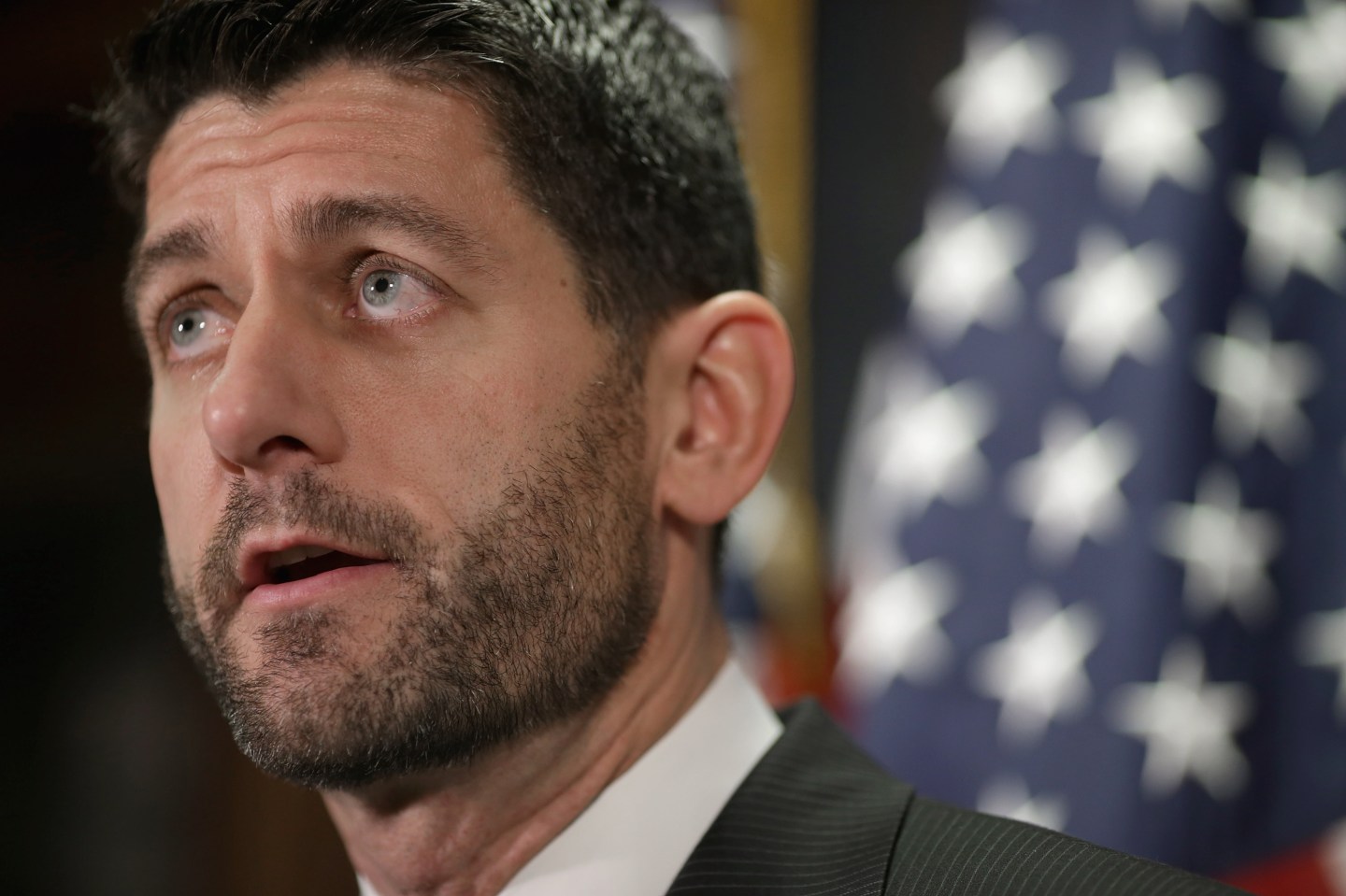 WASHINGTON, DC - DECEMBER 08: Speaker of the House Paul Ryan (R-WI) and members of the House GOP leadership hold a news briefing following the weekly Republican Conference meeting at the U.S. Capitol December 8, 2015 in Washington, DC. The House is preparing to vote on legislation that would deny visa-free travel to anyone who has been in Iraq, Syria or any country with significant terror activity in the past five years and changes to the visa waiver program, which allows citizens from 38 countries to travel to the U.S. without a visa. (Photo by Chip Somodevilla/Getty Images)
Phtoograph by Chip Somodevilla —Getty Images

Congressional leaders are engaged in a high-stakes partisan staring contest over lifting the 40-year-old ban on U.S. oil exports. With government funding swiftly running out, the issue poses the last major hurdle to completing a massive, year-end spending package to keep the government operating for the remainder of the fiscal year.

But a deal may be close at hand.

Republicans are insisting on scotching the oil export ban. And Democrats are countering that they will only agree if Republicans, in exchange, hike tax breaks for renewable energy.

Senate Minority Leader Harry Reid laid out the stakes in remarks from the Senate floor on Tuesday morning. “Republicans need to take ‘yes’ for an answer,” the Nevada Democrat said. “That’s all they need to do: pair the oil export ban with much-needed policies to reduce our carbon emissions and build more renewable energy.”

Assuming leaders can iron out a compromise, the package would include $1.1 trillion in spending to fund federal operations through September and roughly $750 billion to extend a raft of expiring tax breaks.

Lawmakers will need to pass another short-term funding extension to keep the government open, since a patch they approved last week to extend negotiations over the broader package expires on Wednesday. House Speaker Paul Ryan (R-Wisc.) said Tuesday morning that the chamber would vote on such a measure imminently, and he restated the Congressional leadership’s intent to avoid a government shutdown in the process.