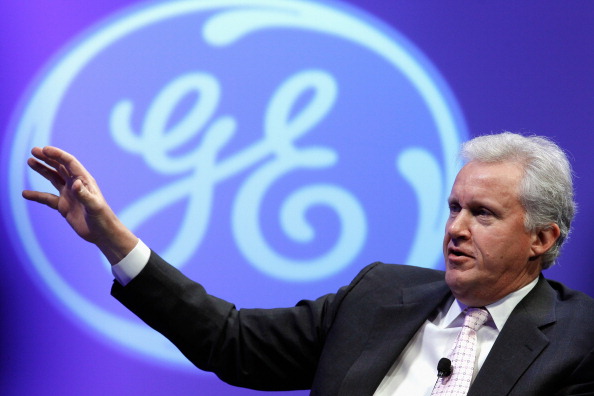 WASHINGTON, DC - FEBRUARY 13: GE Chairman and CEO Jeffrey Immelt participates in a discussion on "The Future of Manufacturing: Growing American Competitiveness" during GE's four-day event "American Competitiveness: What Works," at the Andrew Mellon Auditorium February 13, 2012 in Washington, DC. As part of its "Hire Our Heroes" program, General Electric Co. says it will hire 5,000 veterans over the next five years and invest $580 million to expand its aviation business. (Photo by Chip Somodevilla/Getty Images)
Photograph by Chip Somodevilla — Getty Images

The deal is part of GE’s plan to sell off the about $200 billion worth of assets of its finance arm, GE Capital, after new regulation introduced since the financial crisis of 2008 made it impossible to earn the return on capital it had previously enjoyed.

Earlier this month, the company said it expected its GE Capital exit plan to be largely complete by end-2016.

Under the deal, SMFG will acquire GE’s commercial lending and leasing business in Japan, including capital finance, fleet service and vendor finance, whose total assets are worth 510 billion yen ($4.2 billion), SMFG said.

The deal is expected to close in April 2016, the two companies said.

Sumitomo, one of the world’s biggest financial groups, has been using selective acquisitions to keep growing as it struggles with an essentially stagnant home market.

In 2012, a consortium led by SMFG bought the aircraft-leasing business of Royal Bank of Scotland (RBS-2) for $7.3 billion.

It has also spent a total of $1.5 billion over the past two years to buy 40% percent of Indonesian lender PT Bank Tabungan Pensiunan Nasional Tbk.