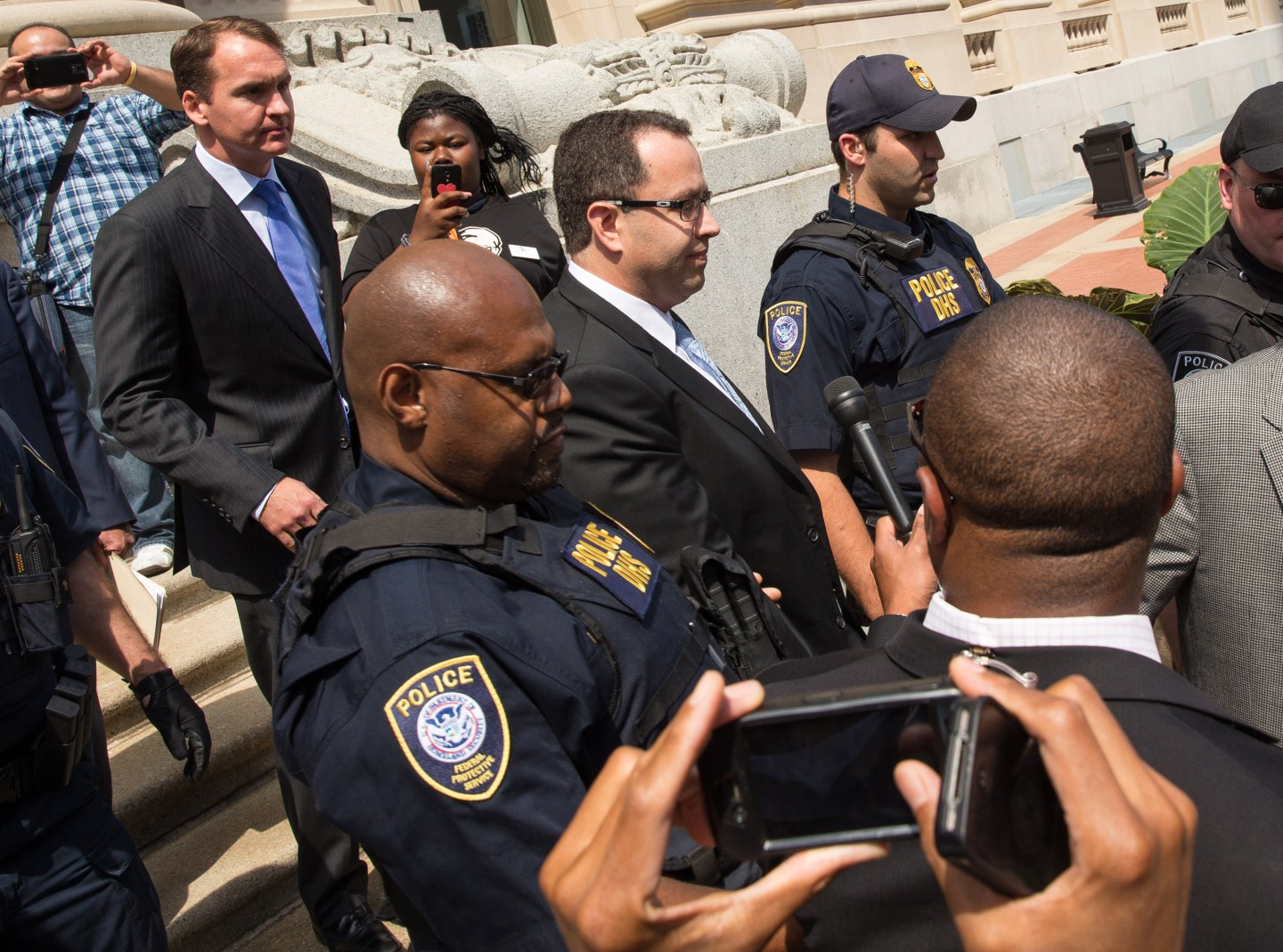 INDIANAPOLIS, IN - AUGUST 19: (EDITOR'S NOTE: Alternate crop) Jared Fogle (C) walks out of the courthouse on August 19, 2015 in Indianapolis, Indiana. Fogle is expected to plead guilty to federal charges relating to child pornography and having sex with minors. (Photo by Joey Foley/Getty Images)
Photograph by Joey Foley—Getty Images

Former Subway spokesman Jared Fogle, who was handed a more than 15-year sentence for crimes related to child pornography, is appealing the punishment.

The plea deal stipulated that Fogle couldn’t ask for fewer than 5 years in prison, and prosecutors wouldn’t push for more than 12.5 years. But since the judge, Tanya Walton, gave Fogle a 15-year sentence, he has grounds to appeal the decision.

That appeal will be heard in the Seventh Circuit Court of Appeals in Chicago.

Fogle, who admitted that he traveled to hotels to have sex with prostitutes as young as 16, is famous for his 16-year stint as Subway’s pitchman. His story of losing 245 pounds by eating the chain’s sandwiches twice each day became a key part of Subway’s promotional material.