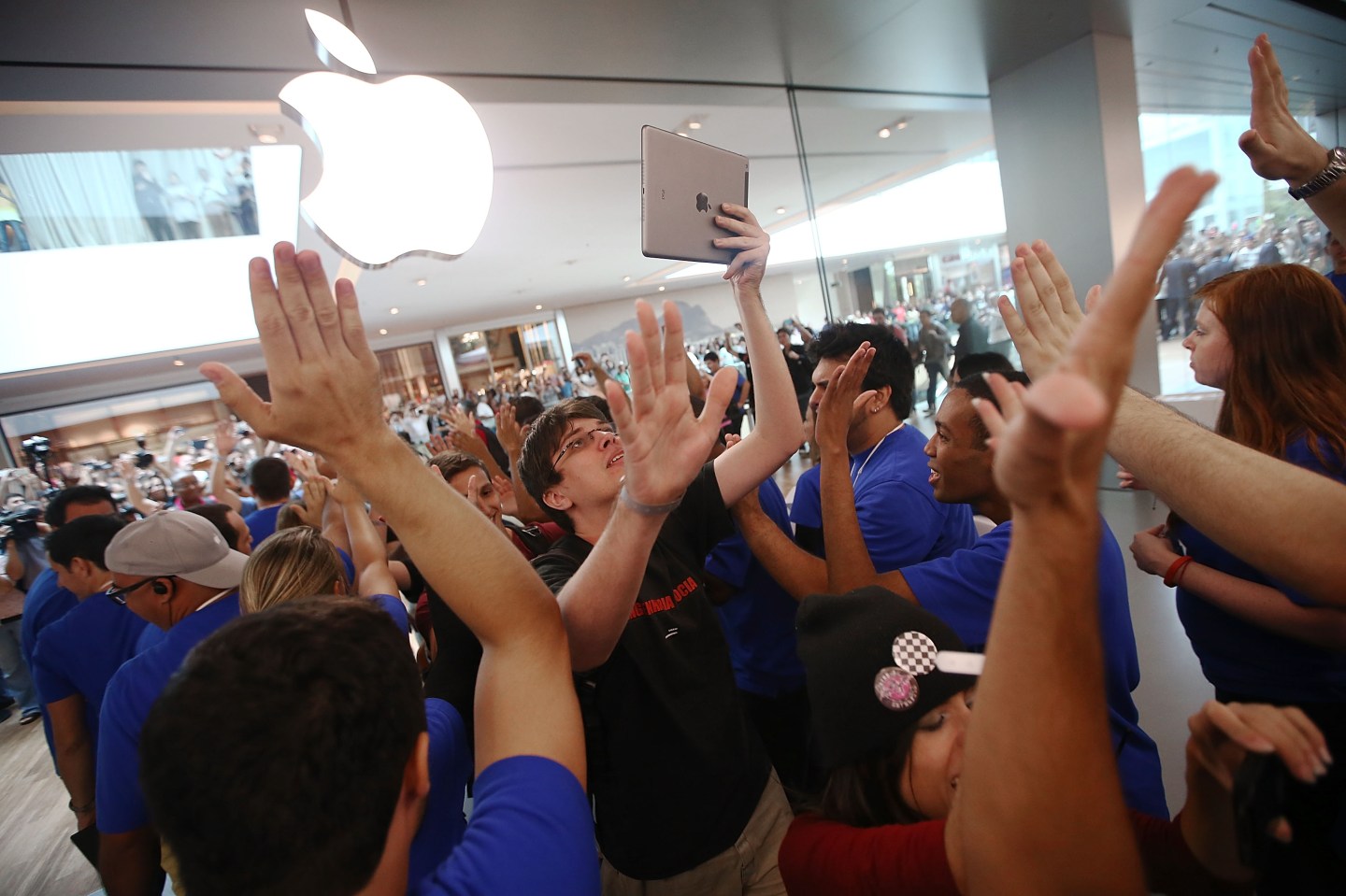 RIO DE JANEIRO, BRAZIL - FEBRUARY 15: A customer (C) celebrates after entering Brazil's first Apple retail store minutes after it opened to the public for the first time in the Village Mall shopping center on February 15, 2014 in Rio de Janeiro, Brazil. The store is a 'pavilion' design with a 100-foot curved glass panel in front and opens to the public four months before the 2014 FIFA World Cup. It is Apple's first physical store in South America. (Photo by Mario Tama/Getty Images)
Mario Tama / Getty Images

Apple’s employees are receiving an unusually generous holiday gift from Cupertino this year.

Apple executive Eddy Cue told employees in a video message Monday that they would be receiving a free nine-month subscription to Apple Music later this month, according to MacRumors.

Apple’s annual holiday gift goes out to all of its employees, including retail workers, employees based at in Cupertino, and staffers at international satellite offices. There are 66,000 Apple employees in the United States, including 30,000 retail employees. Apple employs more than 100,000 workers worldwide.

Free Beats headphones aren’t the only bonus staffers received from Apple this year. Cook announced in October that all Apple employees, including retail workers, are newly eligible for restricted stock units, a type of stock grant option that was previously offered only to corporate leadership and product engineers.

Apple (AAPL) isn’t the only tech giant to give its employees an annual holiday present. Last year, Google (GOOG) gave each of its workers a smartwatch. This year, Mountain View topped that present by giving its workers a free Nexus 5X Android smartphone—retail value $329—and if Google employees didn’t want a new phone, the company offered to make a donation to charity instead.