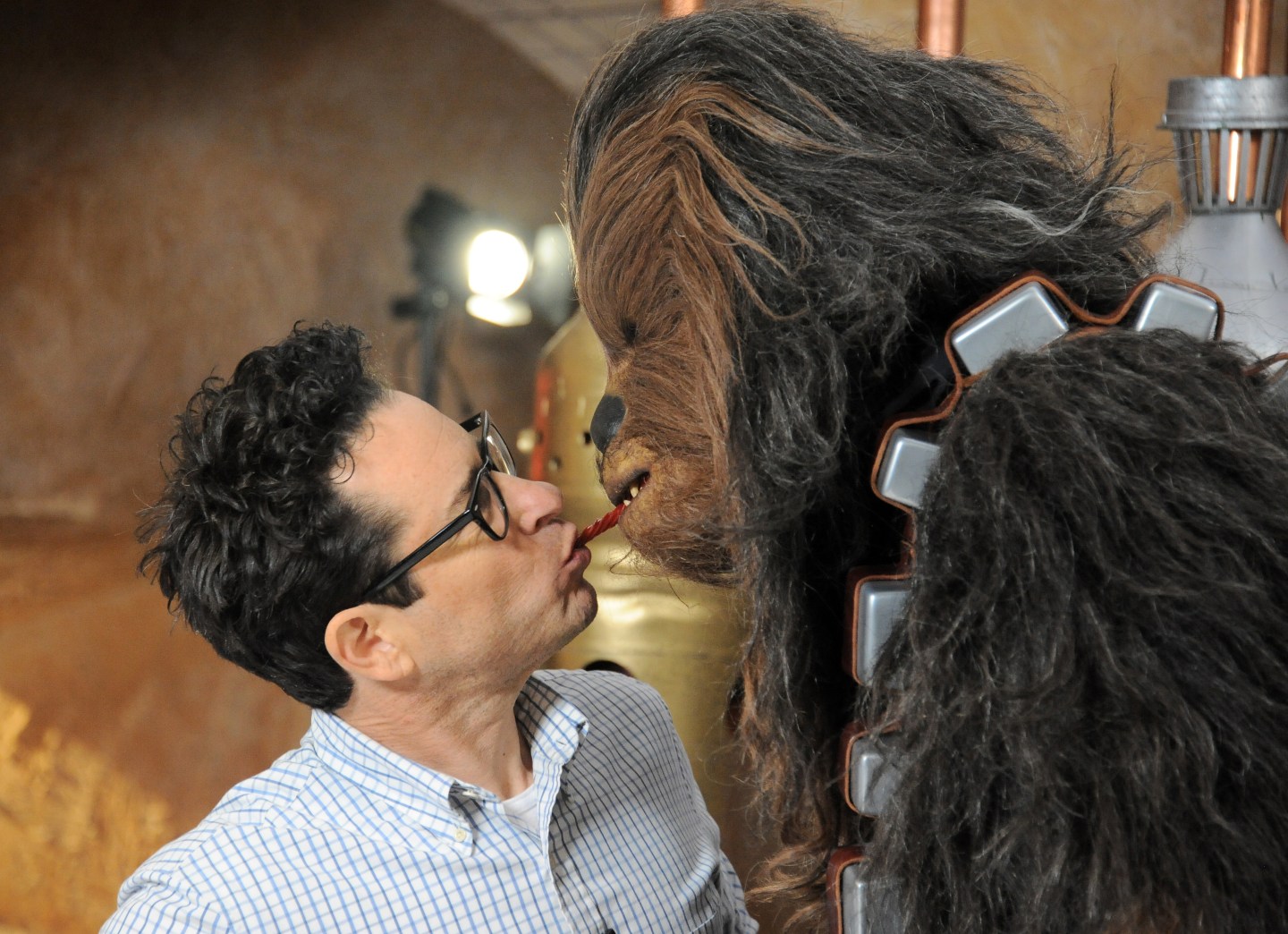 The release of Star Wars: The Force Awakens is imminent, and Disney’s first cinematic foray into a galaxy far, far away will finally herald a new era for the franchise. But with that first film comes mounting stress, particularly for its director, J.J. Abrams.

“J.J. is terrified,” Steven Spielberg said in a new interview on 60 Minutes. “There’s a lot of pressure on J.J., to start paying Disney back for, you know, the franchise they bought from George Lucas.”

In the interview, Spielberg explained how he suggested Abrams to producer Kathleen Kennedy as the “only one director” who was right for the undertaking of launching Disney’s $4 billion investment, channeling the nostalgia of old fans while introducing an entire new generation to the series. And his belief in Abrams, while understanding that directing such a film would terrify anyone, stems back to his initial impression of the director when Spielberg first learned of and got to know him.

“He was just absolutely, deliriously, madly in love with the film business and with making movies,” Spielberg said.

Abrams is aware of the realities of tackling such a task, though.

But Abrams, a lifelong fan of Star Wars, has, terror or not, shepherded The Force Awakens to its premiere, with the film finally set to hit theaters on Dec. 18. For more from Spielberg, Abrams, and others, watch the full 60 Minutes segment below.

This story was originally published on EntertainmentWeekly.com.

Taylor Swift Had a Better Year than Everyone Else