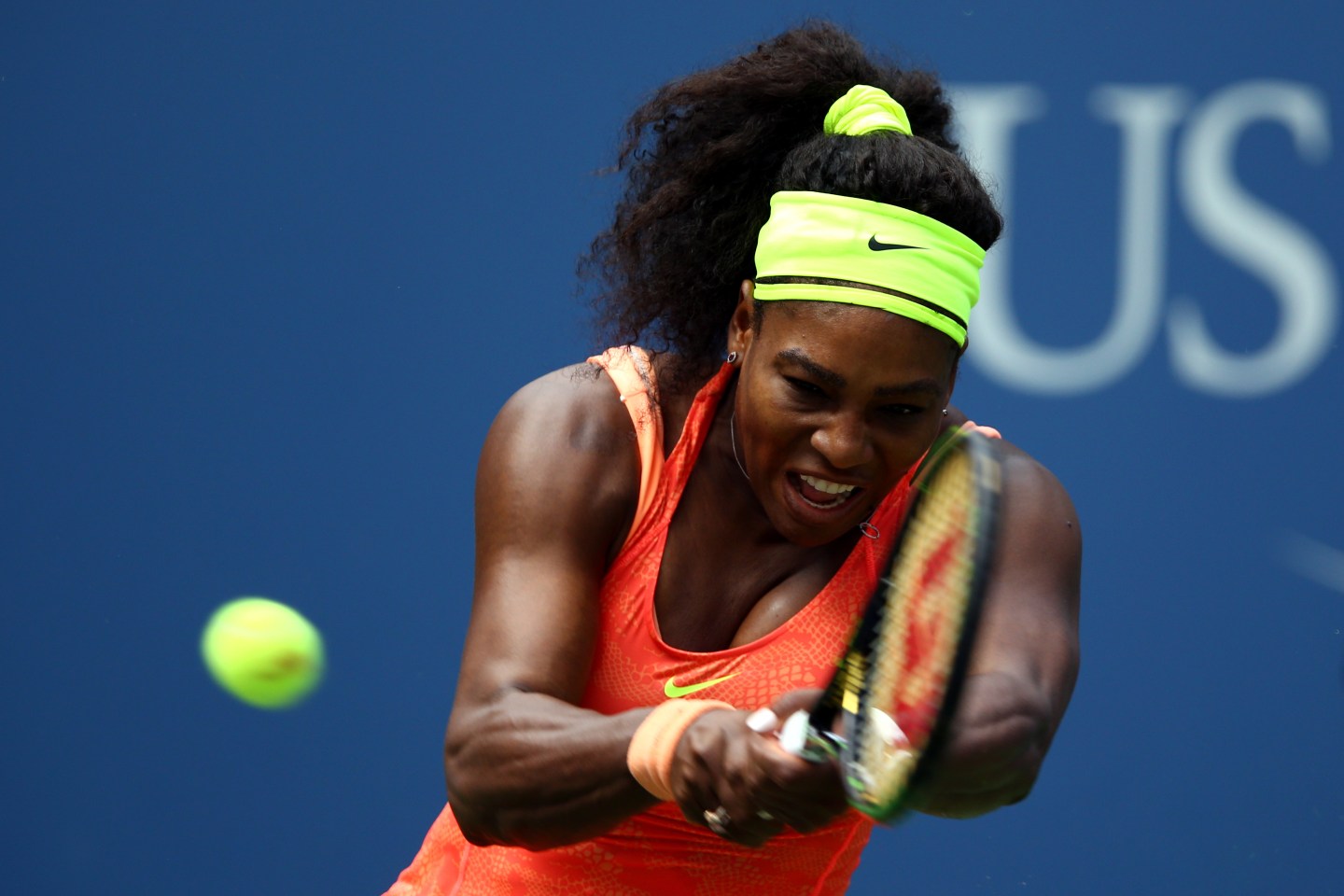 on Day Twelve of the 2015 US Open at the USTA Billie Jean King National Tennis Center on September 11, 2015 in the Flushing neighborhood of the Queens borough of New York City.
Photography by Clive Brunskill—Getty Images

After more than a decade of dominating her sport, tennis legend Serena Williams has been chosen as Sports Illustrated‘s Sportsperson of the Year.

If you think this was an obvious choice, think again. Despite the number of talented female athletes in the world, Williams, who received the title on Monday, is only the third sole female athlete to receive the SI honor—ever.

Some context: The first SI sportsperson of the year was named in 1954. Over the course of 61 years, women have been included in the honor ten times—and only three of those winners were the sole honoree (e.g. not honored along with male winner or as members of a team). Before Williams, the only other female winners who did not share the honor with someone else were tennis star Chris Evert in 1976 and runner Mary Decker in 1983.

Another barrier has been broken, too. Williams is the first sole African American woman to hold the honor. The publication addressed that fact in an editorial in which SI managing editor Chris Stone describes the SI team’s selection process. “We are honoring Serena Williams too for reasons that hang in the grayer, less comfortable ether, where issues such as race and femininity collide with the games,” Stone writes.

The tennis pro has made it a point to tackle issues of race and gender head-on. In a deeply personal essay in Time, Williams wrote about how she was affected by the booing crowd at Indian Wells in 2001:

The false allegations that our matches were fixed hurt, cut and ripped into us deeply. The under­current of racism was painful, confusing and unfair. In a game I loved with all my heart, at one of my most cherished tournaments, I suddenly felt unwelcome, alone and afraid.

Feminism and femininity, too, have been themes in Williams’ career. Most recently, she posed for the infamous Pirelli calendar, where she showed what being a woman means to her: strength, power, and a desire to win.

“I do want to be known as the greatest ever,” Williams told SI upon receiving the honor.