Warren Buffett Is Stumping For Hillary Clinton on Wall Street 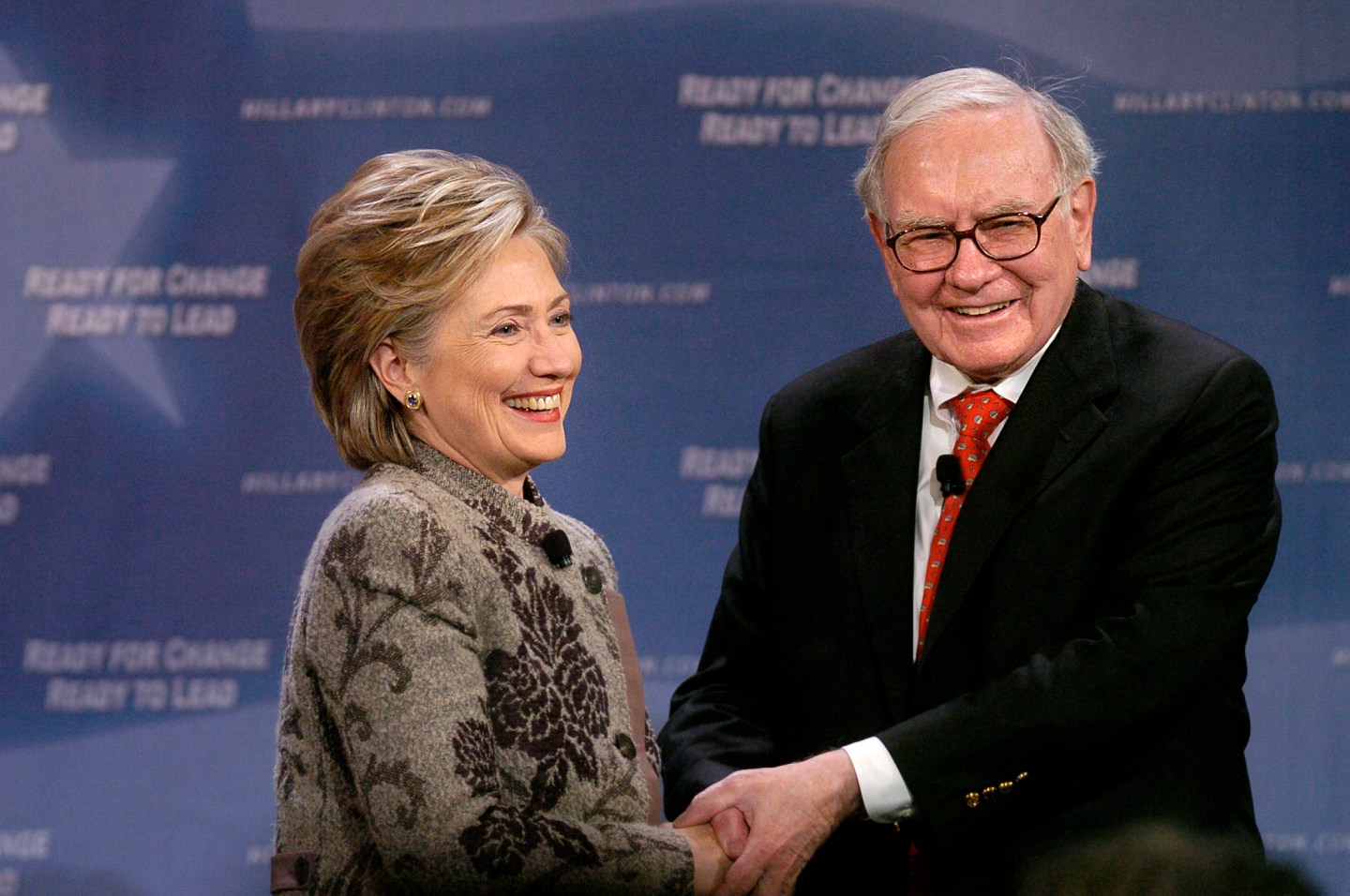 Hillary Clintoleft, greets Warren Buffett, chairman of Berkshire Hathaway Inc., at an event in San Francisco, California, U.S., on Tuesday, Dec. 11, 2007. Berkshire Hathaway is poised to close above $150,000 for the first time as investors bet on Buffett's ability to steer the company through turmoil in financial markets. (Photo by Noah Berger/Bloomberg via Getty Images)
Noah Berger--Bloomberg via Getty Images

On Wednesday night, Buffett attended a fundraiser at the Manhattan home of Blackstone Group LP President and COO Hamilton “Tony” James, along with 12 other Wall Street executives, according to a report in the Wall Street Journal.

The price of entry was $33,400, and the total fundraising haul of roughly $400,000 went to the Hillary Victory Fund, which is “split between the Clinton campaign and the Democratic National Committee,” according to the report.

Buffett has been a long-time Clinton supporter, and the two share similar views on Wall Street regulation and other matters. In October, Clinton unveiled a plan to tax the debt of large banks, in part to encourage larger banks to fund themselves with more equity, thus making it less likely that an economic downturn would cause these large banks to fail.