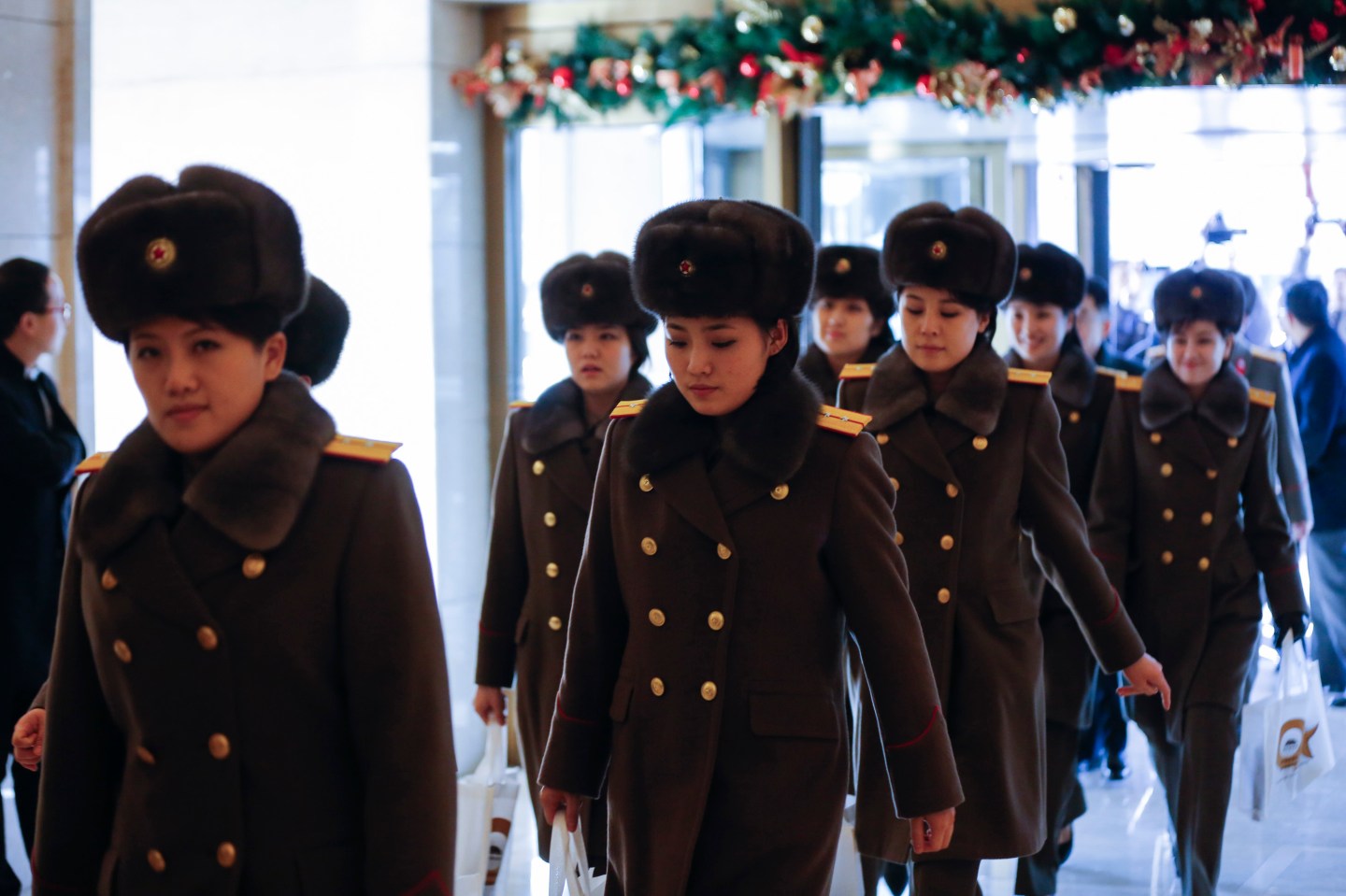 What do you get when you combine South Korea’s pop music with North Korean totalitarian dictatorship? The Moranbong Band, a pop group with striking similarities to a military orchestra (think: absolute structure, harmony, and national anthems).

North Korea’s version of the Spice Girls is a collective of about two dozen female musicians, each of whom wear identical Soviet-style uniforms during performances. Seeing them them on stage is like going back in time to the 80s: a time of bad hair, lots of synth, and, well, communism. Song titles include: “My Country is the Best!”, “Let’s Support Our Supreme Commander in Arms”, and “Do Prosper, Era of the Workers’ Party.”

According to the New York Times, Moranbong is a favorite of North Korea’s leader Kim Jong-un, and each member is rumored to have been handpicked by him. Now, the band is off to Beijing for a weekend of “friendship performances” meant to improve North Korea’s relations with China.

The Times reports that Hua Chunying, a Foreign Ministry spokeswoman, said about the visit: “The good-will visit and performance of Democratic People’s Republic of Korea art groups in China are not within the remit of the Foreign Ministry.” However, she noted that “state-to-state exchanges and cooperation in various forms will help increase mutual understanding and friendship between the peoples.”

See one of the band’s performances below: