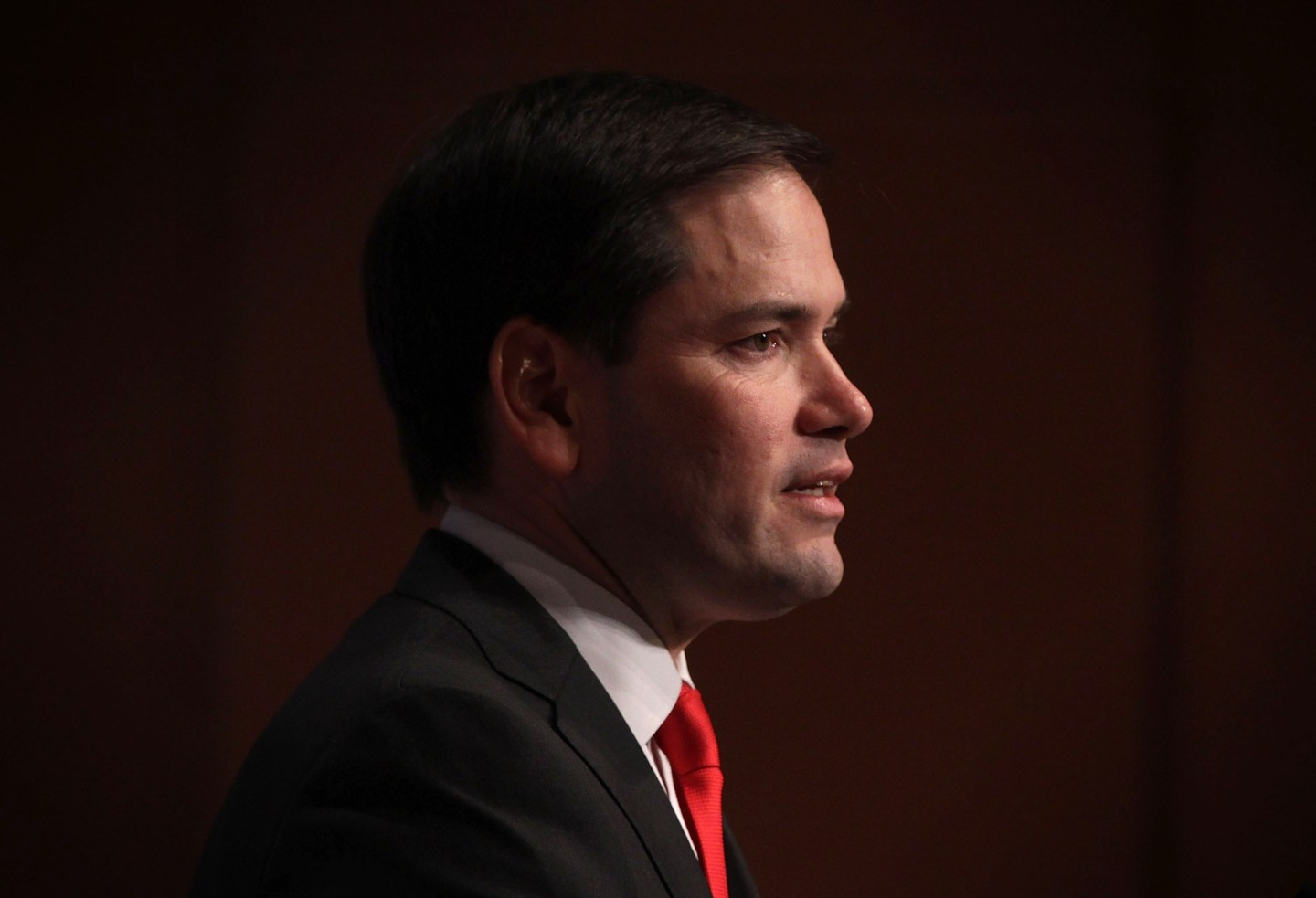 For months, the Republican establishment has looked for a viable candidate to take on Donald Trump. When Jeb Bush floundered in the debates and the polls, conventional wisdom said that the big money donors would gravitate toward fellow Floridian Marco Rubio.

With Trump still in the lead and still scaring party leaders, it looks like that prediction is turning into reality.

Ken Griffin, founder of hedge fund group Citadel, is the wealthiest man in Illinois. This week, the Chicago Tribune reported that he was throwing his financial support behind Rubio, calling him “uniquely qualified to lead our nation.”

But now he’s all about Rubio.

“I am very excited to support Senator Marco Rubio in his effort to become the 45th president of the United States,” Griffin said in a statement. “I have known Senator Rubio for a number of years and he is an inspiring, courageous and bold leader who embodies the American dream of freedom and equal opportunity for all.”

Other business people are getting on the Rubio train, too. Billionaire hedge fund manager Paul Singer has thrown his weight behind the candidate. And Art Pope of North Carolina is also backing the Florida Senator. Pope, a former state budget director and owner of Variety Wholesalers, has said Rubio is “the best qualified candidate based on his public service and life experiences, and I agree with him on most of the issues,” according to the Raleigh News and Observer.