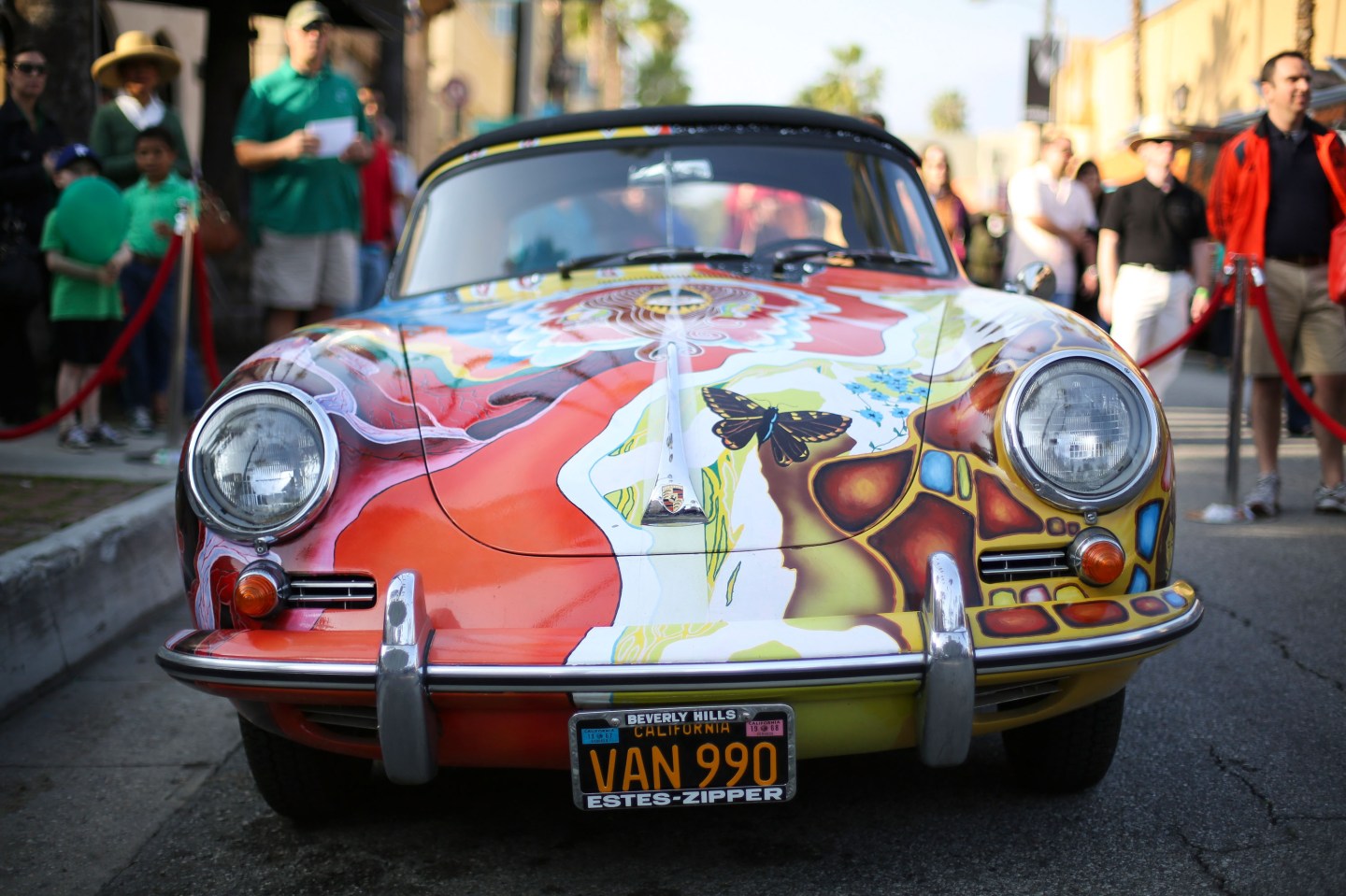 Janis Joplin’s 1964 Porsche just became the most expensive Porsche 356 sold at auction ever.

The car, which Joplin’s friend Dave Richards had painted bumper-to-bumper with psychedelic imagery, sold for $1.76 million in an auction Thursday night—more than three times the amount Sotheby’s predicted, according to CNNMoney.

Celebrity ownership doesn’t usually boost a car’s worth very much, but Joplin’s Porsche was different: The counterculture icon drove the car so much that it became part of her brand. “Janis drove everywhere, all around San Francisco and down to Los Angeles when she was recording there,” Joplin’s sister and biographer Laura Joplin said in a blurb on Sotheby’s website. “Wherever Janis went in the car, her fans recognized it. When she parked it and returned, there was always at least one note under the wipers.”

The paint job has since been restored, and the Porsche is in good driving condition, even though Joplin bought it used almost 50 years ago. Joplin’s siblings, Michael and Laura Joplin, inherited the car upon her death. They’re selling it now to raise money for social programs in Joplin’s memory, according to CNNMoney.