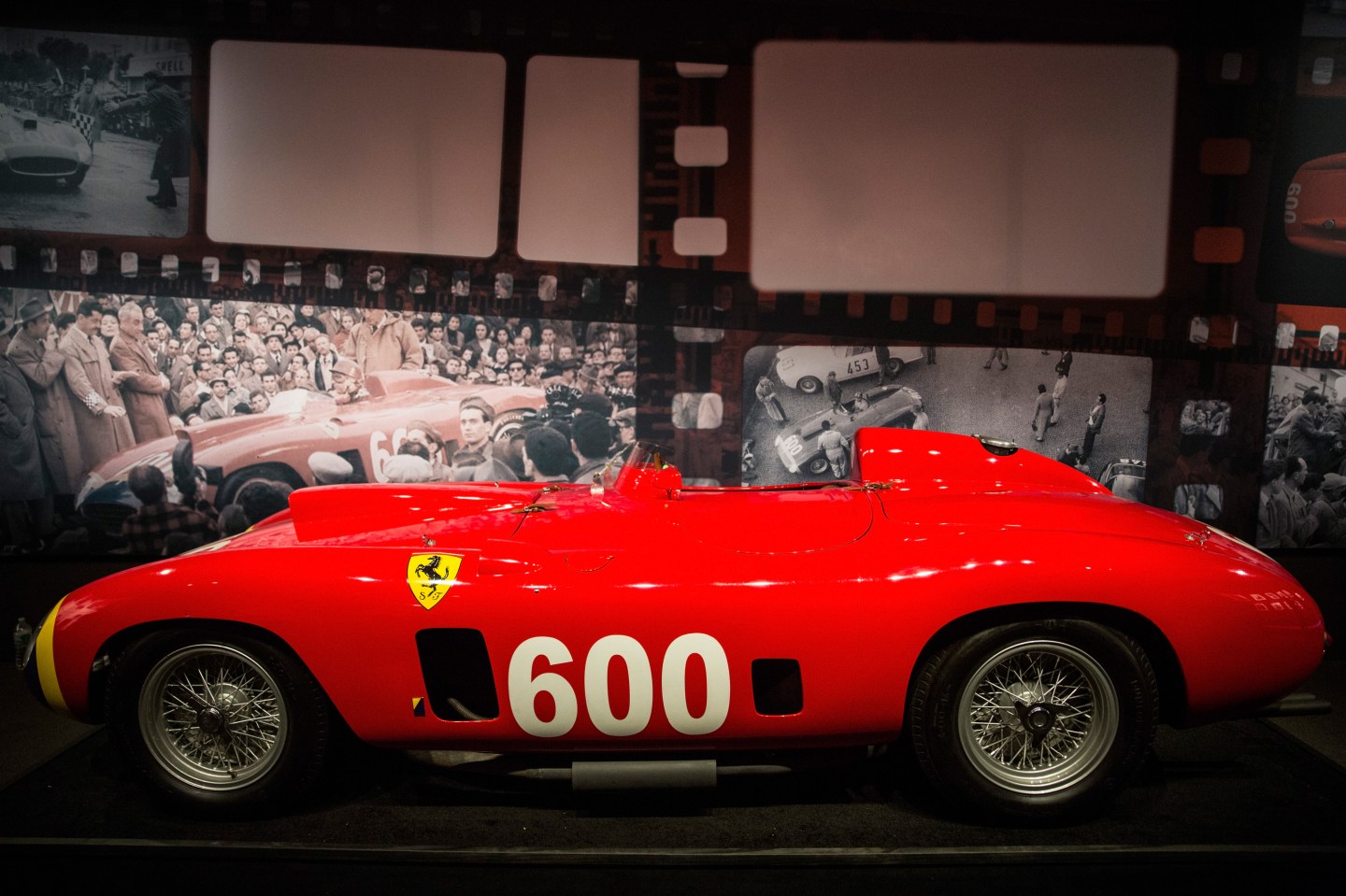 NEW YORK, NY - DECEMBER 04: A 1956 Ferrari 290 MM by Scaglietti sits on display at Sotheby's during a press preview before the "Driven by Disruption" auction on December 4, 2015 in New York City. The auction will include more than 30 vehicles spanning 70 years in automotive innovation. (Photo by Andrew Burton/Getty Images)
Andrew Burton-Getty Images

A 1956 Ferrari was sold for $28 million at auction organized by Sotheby’s Thursday night, according to a report in the Associated Press.

The 1956 Ferrari 290 MM, chassis 0626 was built for Formula One driver Juan Manuel Fangio, considered by many to be one of the greatest Fromula One racers of all-time. The car is one of only four 290 MM’s ever built, and despite the fact the vehicle had a long and storied racing career that lasted until 1964, it has never crashed.

According to the AP, the car was purchased in 1957 by racing maven Temple Buell, who continued to enter it into races driven by Masten Gregory and Jo Bonnier. That same year, the car was the Buenos Aires 1000 KM with Eugenio Castellotti, Luigi Musso and Masten Gregory behind the wheel.

Also sold at Sotheby’s Driven to Disruption auction on Thursday was a 1964 Porsche 356C Cabriolet once owned by Janis Joplin, which went for $1.76 million.