Border Patrol Braces for Surge in Undocumented Minors and Families 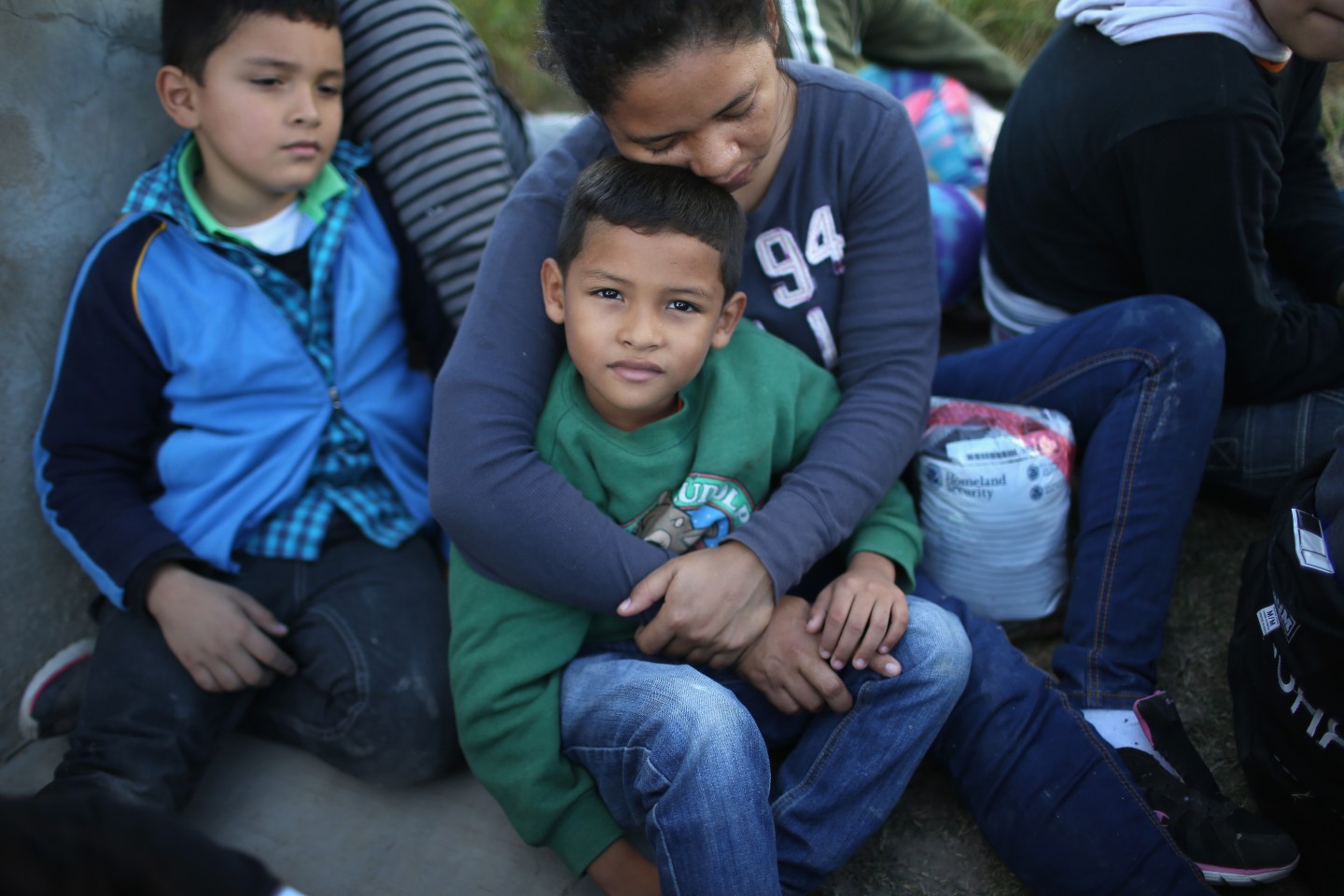 A Honduran mother holds her son, 7, after she turned her family in to U.S. Border Patrol agents near Rio Grande City, Texas.
Photograph by John Moore—Getty Images

The U.S. Border Patrol is preparing for a possible new wave of unaccompanied children and families crossing the Southwestern border illegally.

The Obama administration is expanding the capacity of its temporary facilities where unaccompanied children are held until a court decides on their status. The Office of Refugee Resettlement at the Department of Health and Human Services upped the number of beds from 7,900 to 8,400 in November, according to a Border Patrol press release.

In the past few months, Border Patrol has noted a spike in apprehensions of children and families along the border. In October and November, agents have detained 10,588 unaccompanied children—more than double the number caught in the same two months of 2014, according to Border Patrol data. The number of families held in the same time period has almost tripled.

Part of the reason for the spike could be an increase in violence in El Salvador, one of the most common countries that recent undocumented immigrants have been fleeing. During the first 10 months of the year, the country recorded more than 5,500 homicides, putting El Salvador on track to have the bloodiest year since the end of its civil war in 1992, according to the Los Angeles Times.

According to an internal Border Patrol report, first reported by the Associated Press, 68% of those apprehended said that they thought the United States was giving out amnesty to those who made it to the border. In reality, though, only 3% of families have received asylum or were able to get their deportation proceedings dropped, according to the Wall Street Journal.

The Department of Homeland Security is attempting to combat the amnesty rumors in Central America with a public information campaign called “Know the Facts,” which emphasizes the dangers of the illegal journey, as well as undocumented immigrants’ high chances of being deported.