This Athlete’s Name Is on Nike’s Biggest Building 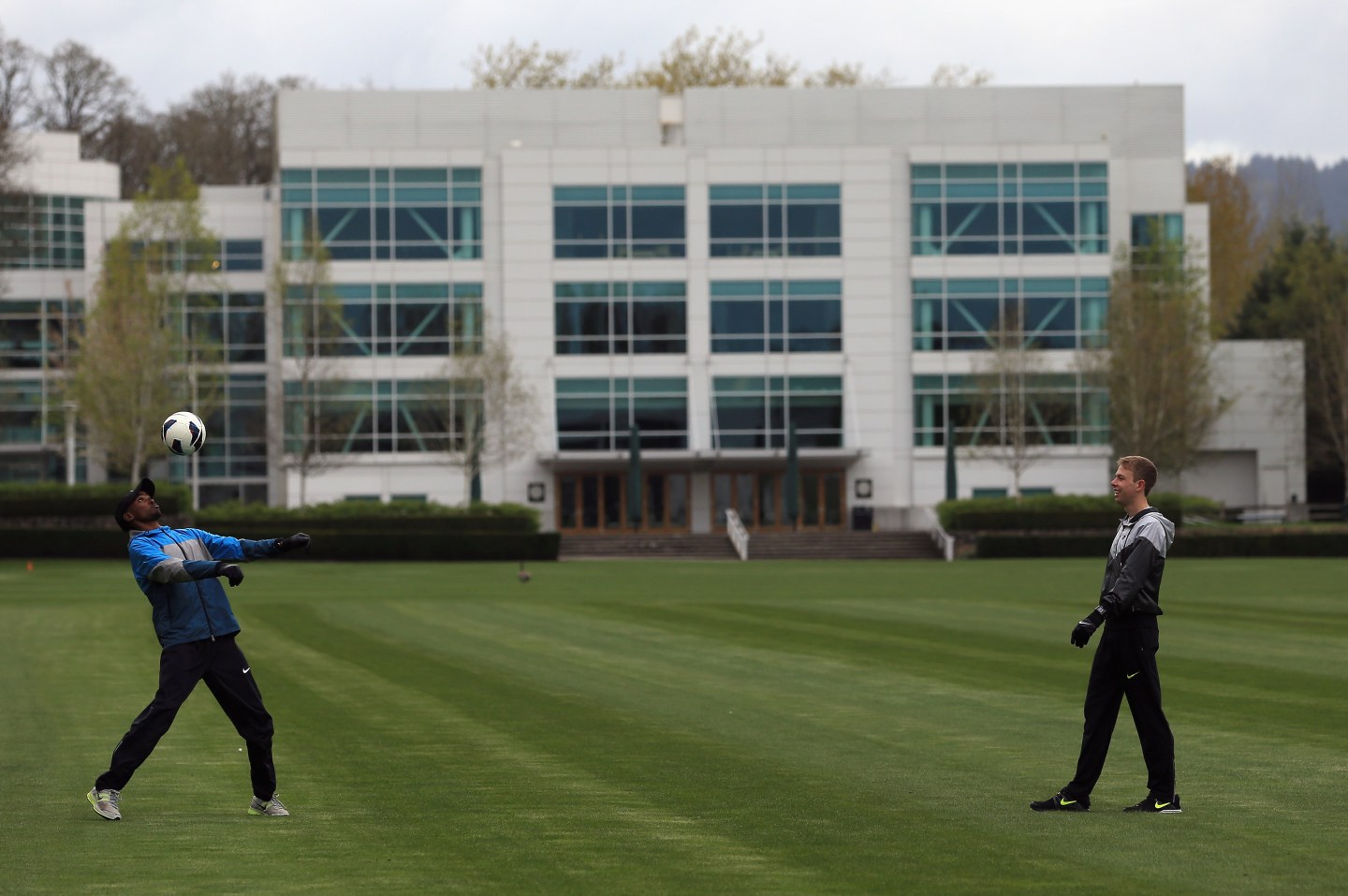 BEAVERTON, OR - APRIL 13: (L-R) Mo Farah of Great Britain and Galen Rupp of the USA pass a soccer ball during warm up as they prepare to train at the Nike campus on April 13, 2013 in Beaverton, Oregon. (Photo by Doug Pensinger/Getty Images)
Photograph by Doug Pensinger—Getty Images

What does it take for a female athlete to get some recognition? For U.S. women’s national soccer star Mia Hamm, having a building named after her isn’t enough—even for the people who work in it.

Nike headquarters in Beaverton, Ore., is a gargantuan compound of 44 buildings and a staff of about 9,200. Each building is named for (mostly male) athletes and brand ambassadors, including basketball star Michael Jordan, golf pro Tiger Woods, and football/baseball star Bo Jackson.

But the biggest building, which houses Nike’s research and development team, is named after Hamm, who held the record for international goals—meaning she scored more than any other player, male or female—from 1999 until 2013, when fellow U.S. athlete Abby Wambach broke it.

Yet when Hamm visited her namesake, a security guard stopped her and asked for her ID card. “I didn’t have my wallet on me, so I said, ‘I tell you what, there’s a picture of me on the wall and the name on the front of the building.’ And he got so sorry, and turned all red,” she told the Wall Street Journal.