Antibiotics Use in Meat Rising at ‘Alarming Rate’ 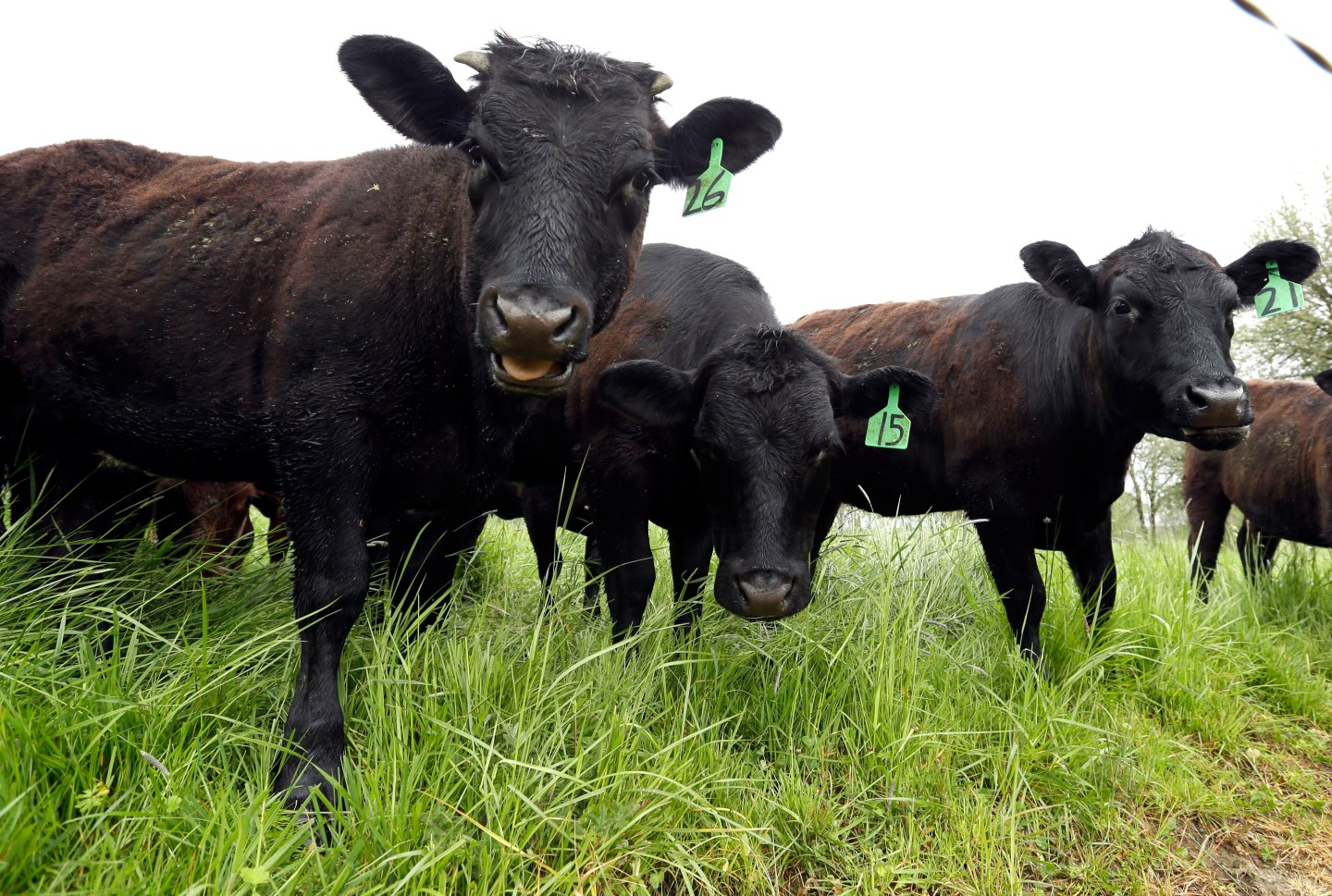 Cattle that are grass-fed, antibiotic and growth hormone free gather at Kookoolan Farm in Yamhill, Ore., Thursday, April 23, 2015. Oregon legislators are debating whether to curtail the practice over concern that repeated use of the antibiotics could make germs more resistant to the drugs and result in infections being passed on to humans who consume the meat. If the legislation passes, Oregon would be the first in the nation to mandate stricter rules on livestock antibiotics.(AP Photo/Don Ryan)
Photograph by Don Ryan — AP

U.S. sales of antibiotics approved for use in livestock rose by 23 percent between 2009 and 2014, federal regulators said on Thursday, fueling concerns about risks to humans from antibiotic-resistant bacteria.

Last year, domestic sales and distribution of such drugs increased by 3 percent, according to the U.S. Food and Drug Administration.

Public health advocates, along with some lawmakers and scientists, have criticized the long-standing practice of using antibiotics in livestock, arguing that it is fueling the rise of antibiotic-resistant bacteria. Agribusinesses defend the practice as necessary to help keep cattle, pigs and chickens healthy and to increase production of meat for U.S. consumers.

“Dangerous overuse of antibiotics by the agricultural industry has been on the rise at an alarming rate in recent years, putting the effectiveness of our life-saving drugs in jeopardy for people when they get sick,” said Avinash Kar, senior attorney for the Natural Resources Defense Council.

It was not clear from the FDA report which antibiotics were used on various animals, why and in what volume.

The FDA in 2013 released voluntary guidelines for drug makers and agricultural companies to phase out antibiotic use as a growth enhancer in livestock. The agency said the antibiotics could still be used to treat illnesses in animals raised for meat, but should otherwise be pared back by December 2016 under a program to keep them out of the human food supply.

“Sales does not equal use and use is not the same thing as resistance,” said Ron Phillips, spokesman for the Animal Health Institute, which represents drug companies including Zoetis (ZTS), Merck Animal Health and Eli Lilly (LLY) and Co’s Elanco Animal Health.

“FDA also tracks resistance pathogens in humans, animals and meats,” he said, “and those trends have been largely encouraging.”

The increased sales of antibiotics approved for use in livestock in 2014 are “disgraceful since it came after the FDA issued voluntary guidance they claimed would actually reduce the use of antibiotics in agriculture,” said U.S. Rep. Louise Slaughter, a Democrat of New York.

Food companies have been moving away from using antibiotics in livestock. In March, McDonald’s Corp said its U.S. restaurants would gradually stop buying chicken raised with the equivalent antibiotics that are used for humans.