Why Texans Might Soon Be Driving on Mexican Gasoline 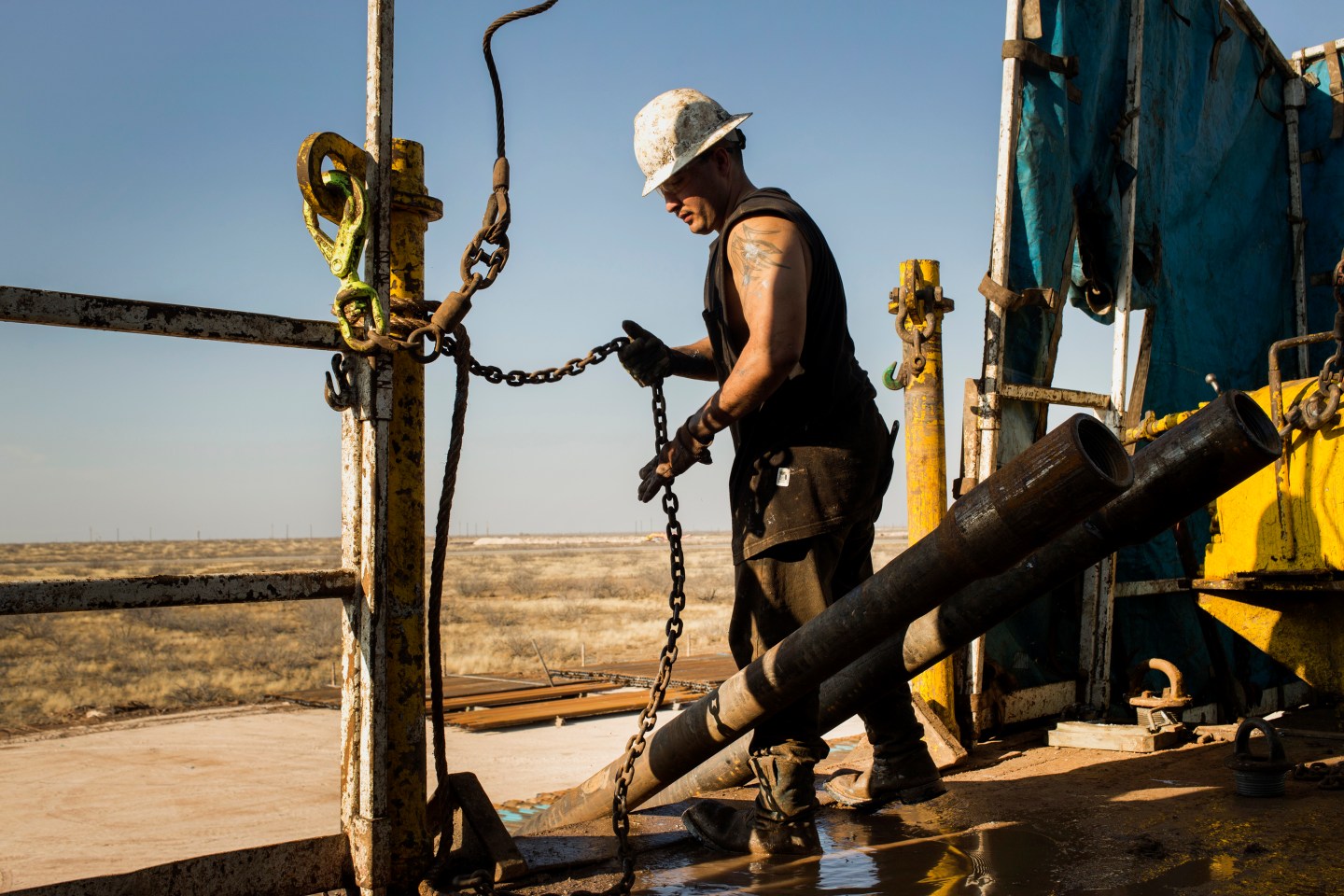 A worker prepares to lift drills by pulley to the main floor of Endeavor Energy Resources LP's Big Dog Drilling Rig 22 in the Permian basin outside of Midland, Texas, U.S., on Friday, Dec. 12, 2014. Of all the booming U.S. oil regions set soaring by a drilling renaissance in shale rock, the Permian and Bakken basins are among the most vulnerable to oil prices that settled at $57.81 a barrel Dec. 12. With enough crude by some counts to exceed the reserves of Saudi Arabia, theyre also the most critical to the future of the U.S. shale boom. Photographer: Brittany Sowacke/Bloomberg via Getty Images
Photograph by Brittany Sowacke—Bloomberg/Getty Images

The world is changing fast in the energy industry and for no company is that truer than Mexican National Oil Company Pemex. After decades of bloated operations and mismanagement, Pemex has made major moves to improve its operations and attract foreign investors to the Mexican energy sector. This is a major piece of the current administration’s plan to modernize and improve the efficiency of the state-dominated oil sector and simultaneously give a much needed boost to the Mexican economy.

Unfortunately oil markets are not cooperating.

Pemex’s ambitious modernization and investment plan has suffered from terrible timing as oil prices have collapsed and conventional financing has dried up across the sector. At this point, the only investors putting new money to work in the energy space are those doing so at extremely attractive rates of return; mostly venture capital funds, private equity funds, and hedge funds.

Against this backdrop, Pemex appears to be looking for other avenues of expansion including taking the first steps at a greater multinational profile and more vertical integration. The company has been looking for private partners for three major refinery upgrades for a while now. The upgrades would let the firm convert heavy crude into higher value products like gasoline but the company needs more than $12B for the upgrades which it simply does not have in the current environment.

That refinery project would be a big margin booster for Pemex as it would improve profit margins by about $6 per barrel of crude oil produced. The project would also let Pemex do a better job of vertically integrating its market. Currently, about half of Mexican gasoline is imported to the country despite the availability of oil in the market. Refining capacity has been a bottleneck that the firm has had trouble solving due to limited access to capital.

At this point Pemex and the Mexican government are now looking under every stone for opportunities to help build a more successful and stable firm. The interest in improving operations is so great that even Pemex’s powerful and once untouchable workers union is now being forced to make concessions given the macro environment; an outcome that once would have been unthinkable.

Against this backdrop, Pemex is launching its latest initiative and expanding beyond Mexico to the U.S. with its own gas station business. The firm recently opened its first gas station outside the Mexican border in Houston Texas. While Texas has a famously competitive gas market, Pemex is undoubtedly hoping that the large Hispanic population in the state will give it a built in customer base. To that end, the company even added a taco shop inside the convenience store of the gas station. Unfortunately for Pemex, it is very unlikely that its brand name will help it build much of a business at the retail level. For most customers of gas stations, price and convenience are the primary drivers of gas station choice.

Pemex is starting by opening 5 gas stations in the U.S.. The one in Houston was the first, and will be followed by three more in Southwest Houston, and one in West Houston. Far from the gas stations being a sort of Mexican supermarket with gasoline, most of the items in the stores outside of the taco shacks are typical of American competitors in the space.

Only time will tell if Pemex’s strategy of expansion makes sense in this market, but one thing is certain; the economic landscape is littered with retailers who have tried and failed to shift from their home countries to an international market. Pemex should be cautious as it plans future expansions.

The Pain Game – How Low Can Oil Prices Go?