Why Rahm Emanuel’s Damage Control Is Not Working 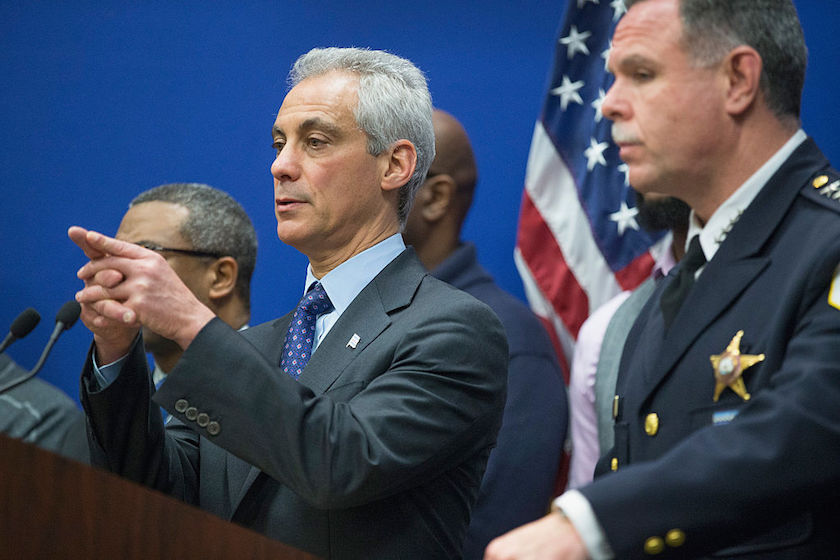 CHICAGO, IL - NOVEMBER 24: Mayor Rahm Emanuel (L) and Chicago Police Superintendent Garry McCarthy hold a press conference to address the arrest of Chicago Police officer Jason Van Dyke on November 24, 2015 in Chicago, Illinois. Van Dyke has been charged with first degree murder for shooting 17-year-old Laquan McDonald 16 times on October 20, 2014 after responding to a call of a knife wielding man who had threatened the complainant and was attempting to break into vehicles in a trucking yard. Emanuel and McCarthy announced they were releasing police video of the shooting during the press conference. (Photo by Scott Olson/Getty Images)
Photograph by Scott Olson—Getty Images

Rahm Emanuel has been a rich leadership story since the day he became mayor of Chicago in 2011, and Wednesday’s events show how the drama is growing even more intense. He delivered a rare speech to the Chicago City Council in which he apologized for the fatal shooting of Laquan McDonald by a Chicago police officer last year: “If we’re also going to begin the healing process, the first step in that journey is my step. I’m sorry.”

Soon thereafter, at lunchtime, hundreds of protesters marched through downtown. “Rahm, resign!” they chanted. One of them yelled, “We don’t want your apology, we want your resignation!”

Mayor Emanuel has had to fight opposition continually because of budget issues. Chicago (like the state of Illinois) is in dire fiscal straits, and Emanuel closed public schools, waged war with the Chicago Teachers Union, and privatized some trash collection, unusual moves for a liberal Democrat. But he had to cut costs in many ways, and he showed effective leadership in arguing his case and eventually persuading most Chicagoans and a majority of the City Council that his cuts were painful but necessary.

The crisis now is a starkly different challenge. It’s about justice, race, death—issues far deeper and more emotional than money. In addition, Emanuel’s own role is a problem. His administration argued for months to avoid releasing the video of the McDonald shooting, and a Chicago Tribune columnist has alleged that it did so because the video would have caused trouble for Emanuel’s reelection campaign earlier this year. Emanuel fired police superintendent Garry McCarthy on Dec. 1, which had to be done, but it was hard not to wonder if he was trying to protect himself.

Another problem: Crossing the police, for any mayor at any time, is dangerous. As a rule, police forces are more popular than mayors; even when individual officers behave reprehensibly, the general public tends to support the force overall. Emanuel needs to reform the Chicago police without seeming to criticize the force. He’s taking on this seemingly impossible job in the conventional way, appointing a task force that will recommend changes several months from now.

But there’s a larger issue. In a previous era, Emanuel could have moved confidently through this crisis by following the strategy he’s using: dismissing the superintendent, forming the task force, giving the conciliatory speech addressing “the issues of crime and policing—and the even larger issues of truth, justice and race,” as he did yesterday. But we’re in the era of ubiquitous video, and the videos just keep coming.

Emanuel seems to be doing all the right things. But if the videos keep coming, and if he’s to continue as mayor, he’ll need to rewrite the leadership playbook.