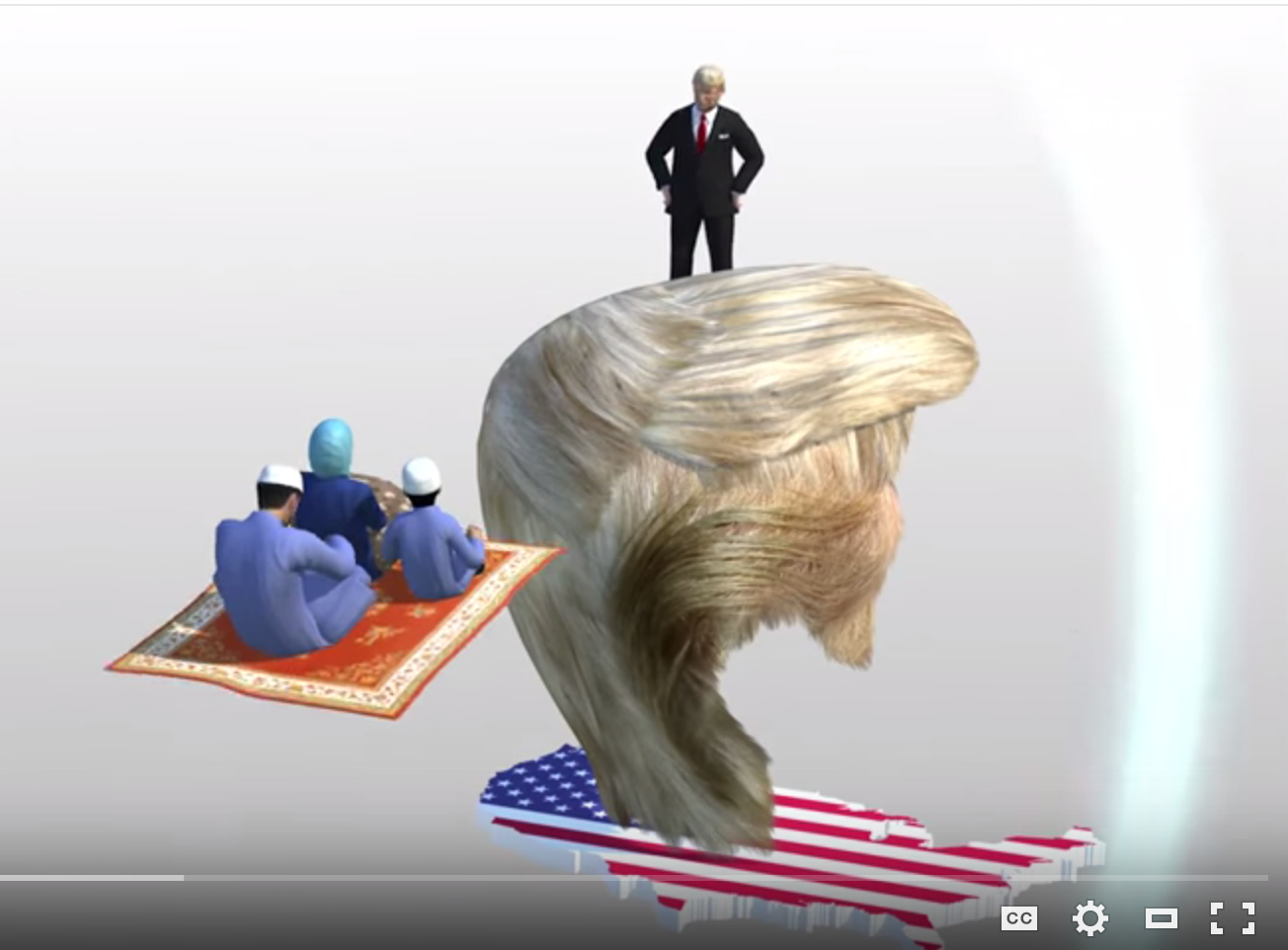 Taiwanese animators are the latest to respond to Donald Trump’s call to ban Muslims from visiting the U.S.

Next Media Animation, the studio behind Internet classics like the reenactment of Tiger Woods’ domestic dispute in 2009, has published a satire featuring Trump in a Ku Klux Klan hood maligning Muslims. Another scene has him standing abreast on Ellis Island, in place of Lady Liberty, turning away Muslims.

In China, most people are enlightened about U.S. primary season. Many expect farcical news clips to come out of the contests.

The country has been conditioned by criticism focused on China during the primary season in the 1990s and 2000s. Candidates railed against China’s management of its currency and export policies. China’s ascension into the World Trade Organization in 2001 proved that heated U.S. rhetoric often wasn’t followed by hardline policies.

Most élite Chinese, and even many regular people, know the candidates pander to the extreme minority of their bases during the contest.

Which is why they can laugh with the same incredulity as Americans at Trump’s statements.