Syracuse Has a Black Market for Chicken Wings 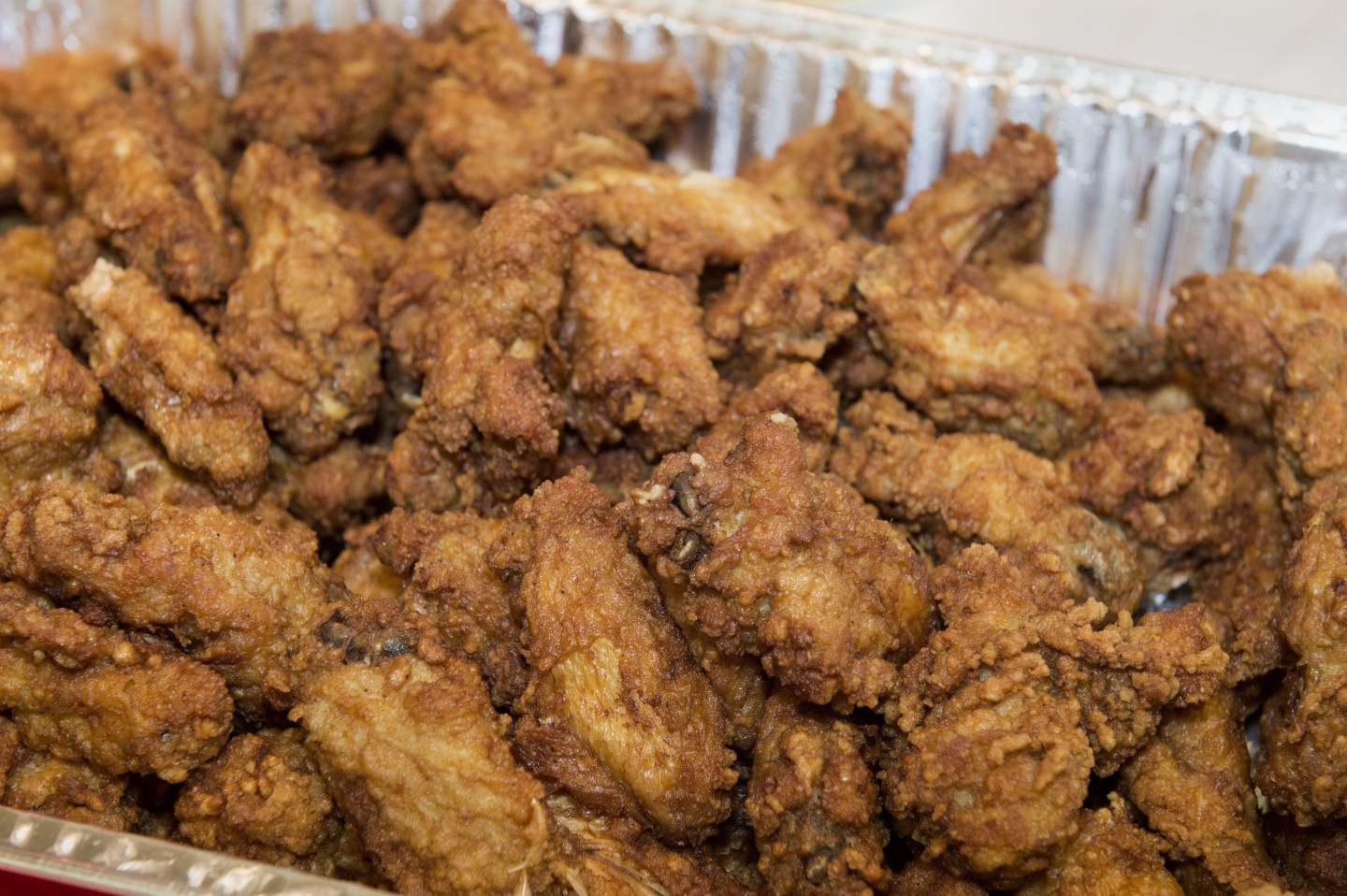 The city of Syracuse, New York apparently has a black market problem and the goods are pretty tasty: chicken wings.

Onondaga County officials are cracking down on people hawking wings—as well as turkey breasts, shrimp and lobster tails—out of the backs of trucks and from warehouses, according to Syracuse.com.

Paul Rojek, a Syracuse resident, was recently charged by a judge in the county with stealing $41,000 work of chicken wings from the restaurant he worked in, with help from his son. Those items were then sold to other restaurants.

Onondaga County Sheriff’s Office spokesman Jon Seeber said the United States Department of Agriculture was notified about at least one establishment that bought the stolen goods “due to the chicken being transported improperly.” However, a spokeswoman for the federal department said Tuesday it was unaware of the issue.

The restaurants that bought the food could be prosecuted for buying the stolen goods, too, the publication reported.

“It’s actually kind of funny that there’s a black market for chicken wings,” prosecutor Beth Van Doren said in an interview with Syracuse.com. “But the demand is that high.”