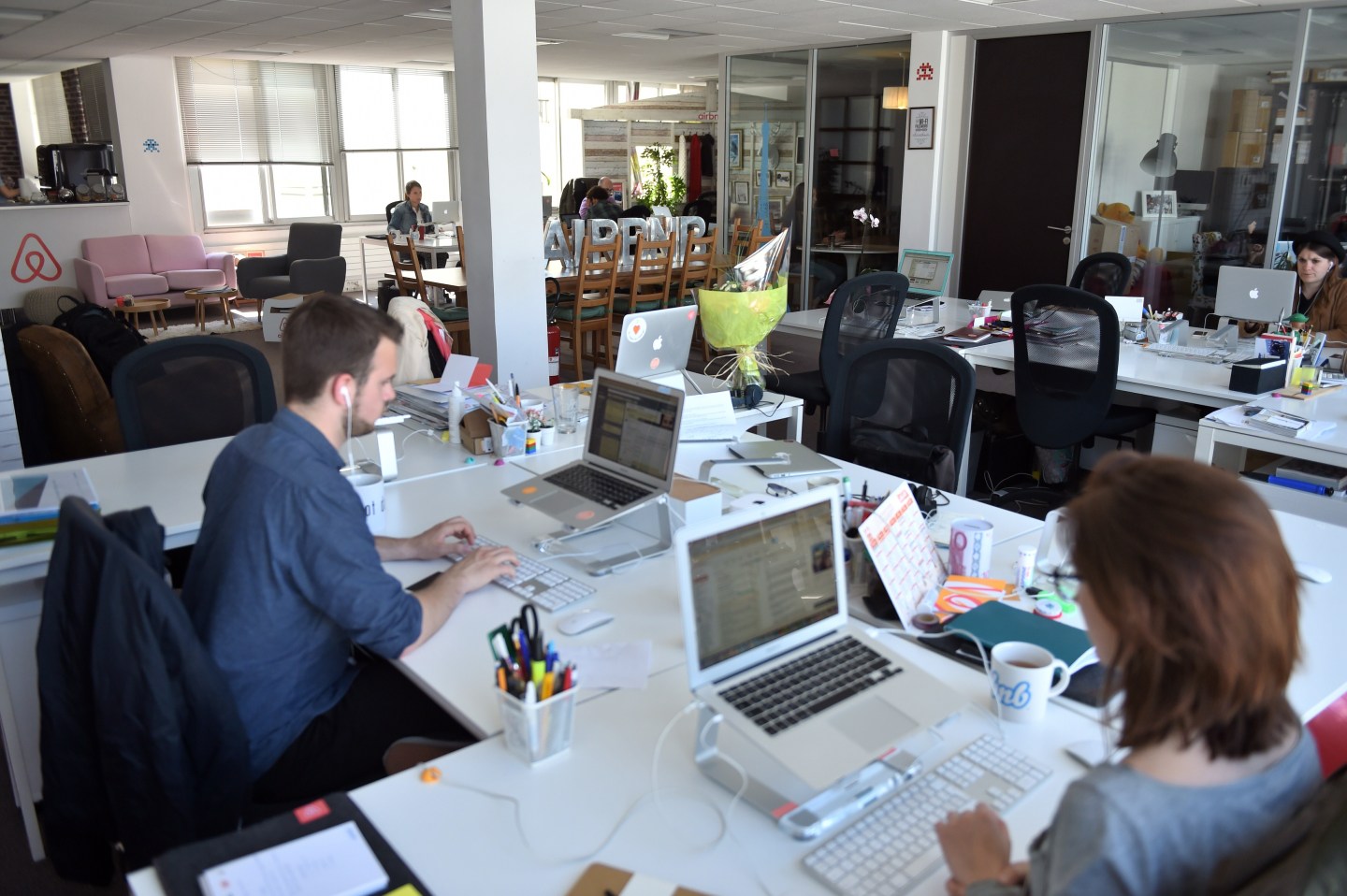 Airbnb has riled lawmakers and hoteliers worldwide with its massively successful short-term rental platform. But when it comes to the company’s culture, employees are pleased as punch.

Airbnb, founded in 2008, topped Glassdoor’s list of best places to work, a ranking that’s based entirely on employee feedback.

Fortune compiles its own list of Best Companies to Work For, which Google topped this year.

Google, which is now a division of Alphabet, was Glassdoor’s previous No. 1, but Airbnb displaced the search giant on the list released Wednesday. Google slipped to No. 8.

Airbnb, a newcomer to the list this year, secured Glassdoor’s top spot as a result of 276 employee reviews that gave the startup, which is valued at some $25 billion, 4.6 stars out of five. That score is based on employees’ evaluation of their overall satisfaction with their CEO as well as workplace attributes like career opportunities, compensation and benefits, culture and values, the quality of senior management, and work-life balance. Airbnb’s CEO Brian Chesky, whom Fortune profiled in July, received an approval rating of 98%.

Consulting firm Bain & Co. was No. 2 on Glassdoor’s list, followed by software publisher Guidewire, marketing and sales platform Hubspot, and Facebook. Companies must have at least 1,000 employees to be considered for the ranking.