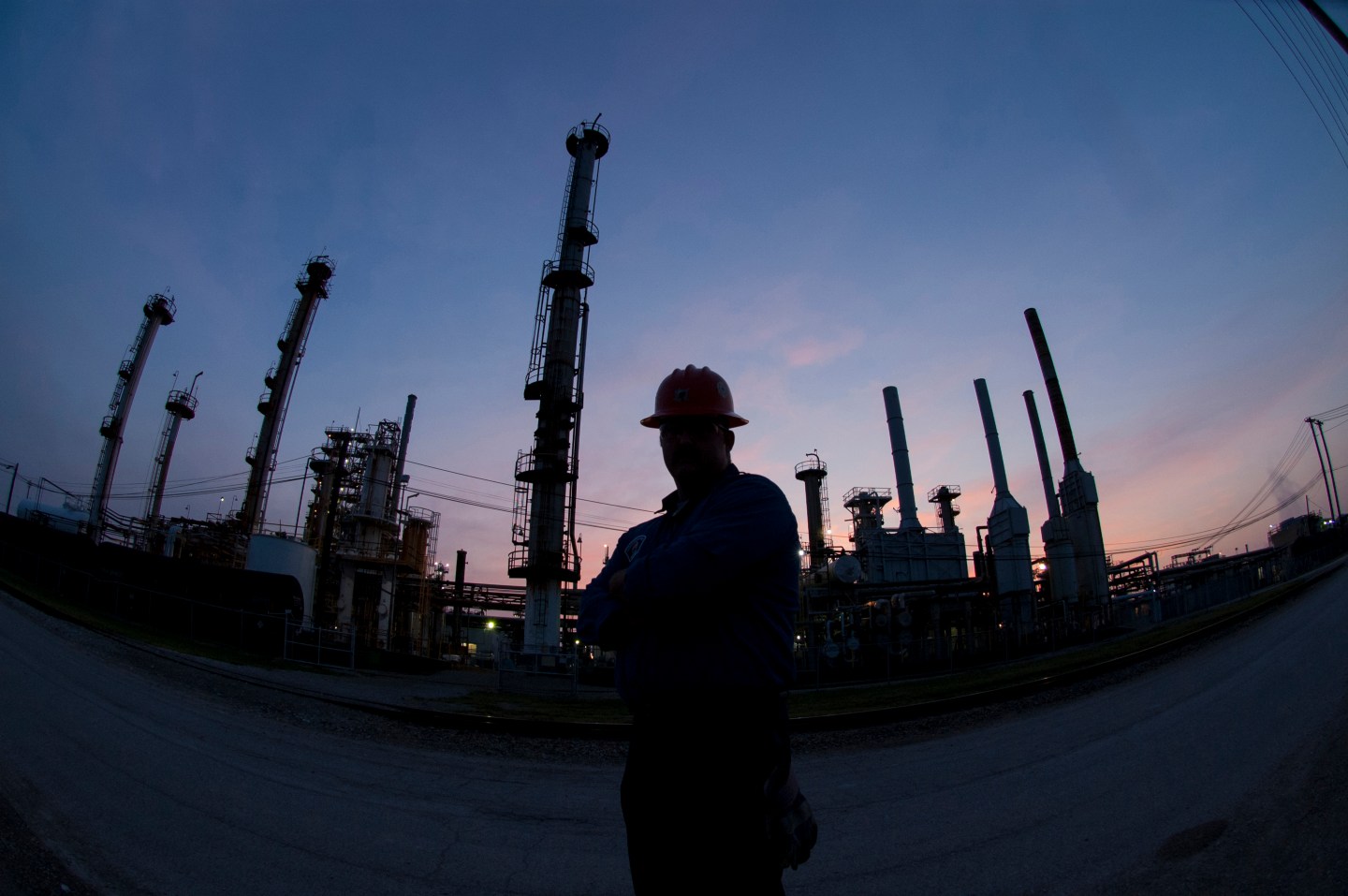 The drop in oil prices has likely taken a bite out of your portfolio.

Investors in the S&P 500 have lost a collective $703 billion in energy company stocks since June 2014, according to Standard & Poors. That’s when oil prices peaked most recently, at $105 a barrel. On Tuesday, oil prices hit a seven-year low of $37 a barrel. Energy stocks dropped another 1.5% the same day.

That caps a 36% plunge in the past 19 months. The drop has accelerated recently. Energy stocks in the S&P 500 are down nearly 10% this month alone, on fears of a further slowdown in China and an oversupply of oil. The most recent drop is likely a response from the recent OPEC meeting, during which the cartel’s members did not agree to cut production.

That makes energy by far the biggest money loser of all sectors in the S&P 500. The next biggest losing segment of the market over the same 19-month period was material stocks. Those shares lost a collective $93 billion in market cap. The market cap of technology shares are up nearly $600 million during the same time.

Oppenheimer oil analyst Fadel Gheit says large oil companies made lots of investments when oil prices were $100 a barrel. None of them budgeted for oil prices to be this low for this long. That’s more than quadrupled the supply of oil coming out of the U.S., and it has also caused the price of oil to plunge, now that the global economy has slowed down. While some oil giants have been faulted for not adjusting their businesses, Gheit says the drop in oil prices was so fast that they really didn’t have time.

“No oil company makes money in its North American operations at $40 [a barrel oil],” says Gheit.

Shares of Shell are down the most out of all the big integrated oil giants, down nearly 25% this year. Chevron (CVX) is down 22%, and shares of Exxon Mobil (XOM) are down 19%.

Of the 41 energy companies in the S&P 500, only six have seen their shares increase this year. The best performing energy stocks in the S&P 500 are the refiners. Because it costs them less to buy crude oil now that prices are so low, refiners have been able to maintain their profit margins. Refined oil prices have not dropped as much as crude oil. Shares of Valero Energy have risen 43% this year.

Despite the drop in stocks of oil companies, Gheit says it may not be a buying opportunity. He says that the abundant supply of oil means that prices are likely to stay low for a while. And he also says that most oil companies have not cut expenses enough to adjust for the current price of oil. “The tunnel is long and the light at the end is dim,” says Gheit.