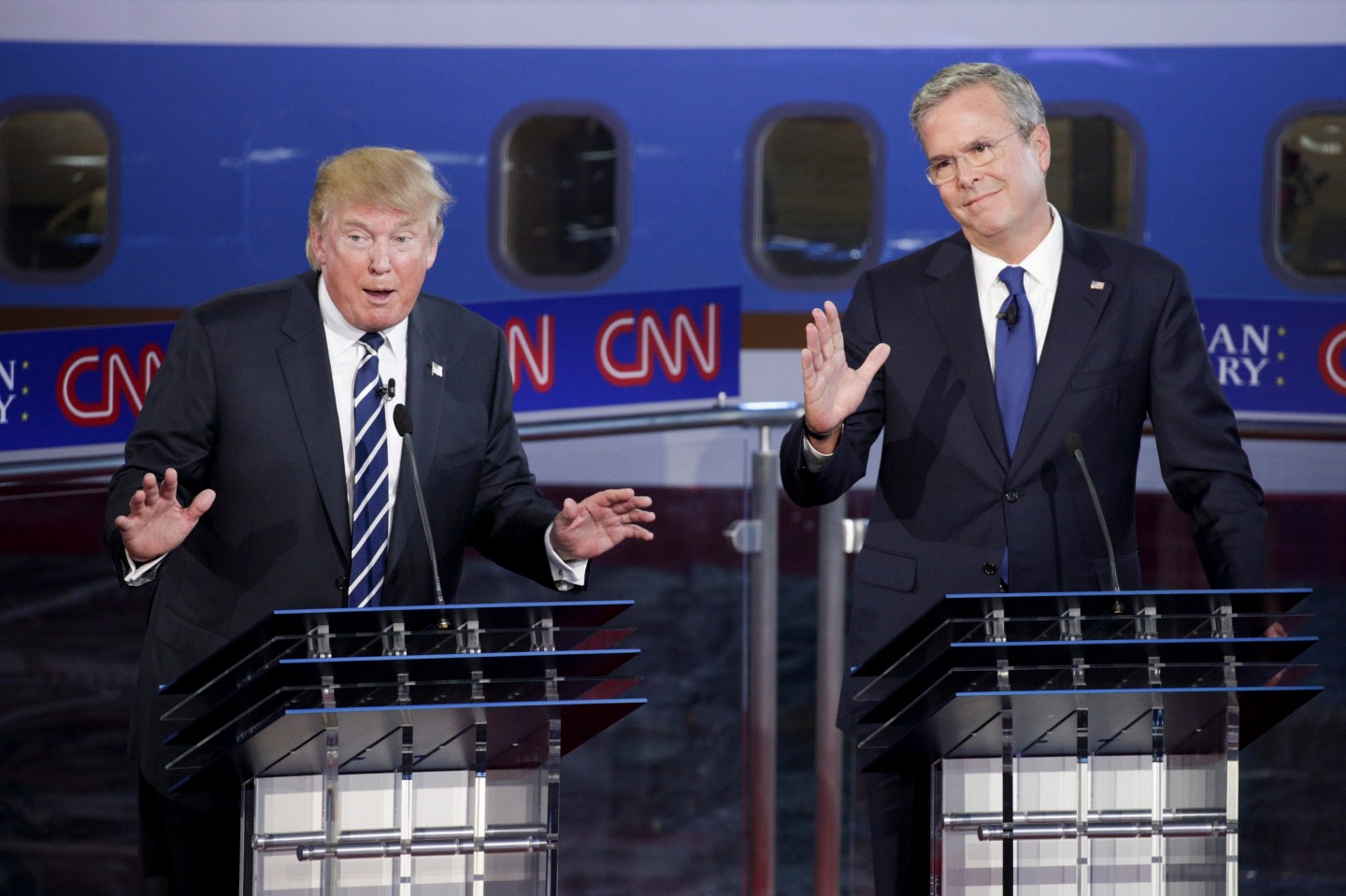 The domain JebBush.com has been bought up by someone who would apparently prefer readers to support — or at least learn more about — the Donald Trump campaign.

While Bush’s real campaign website is at Jeb2016.com, someone has purchased theJebBush.com domain and programmed it to redirect toDonaldJTrump.com, where supporters can donate to Trump’s campaign. The JebBush.com domain was most recently updated on Nov. 21, The Hill reports.

Two other websites using variations of Jeb’s name already exist: onedocumenting a gay couple’s life, and one that lays out opposition to Bush.