Gun Sales Spike Across the U.S. 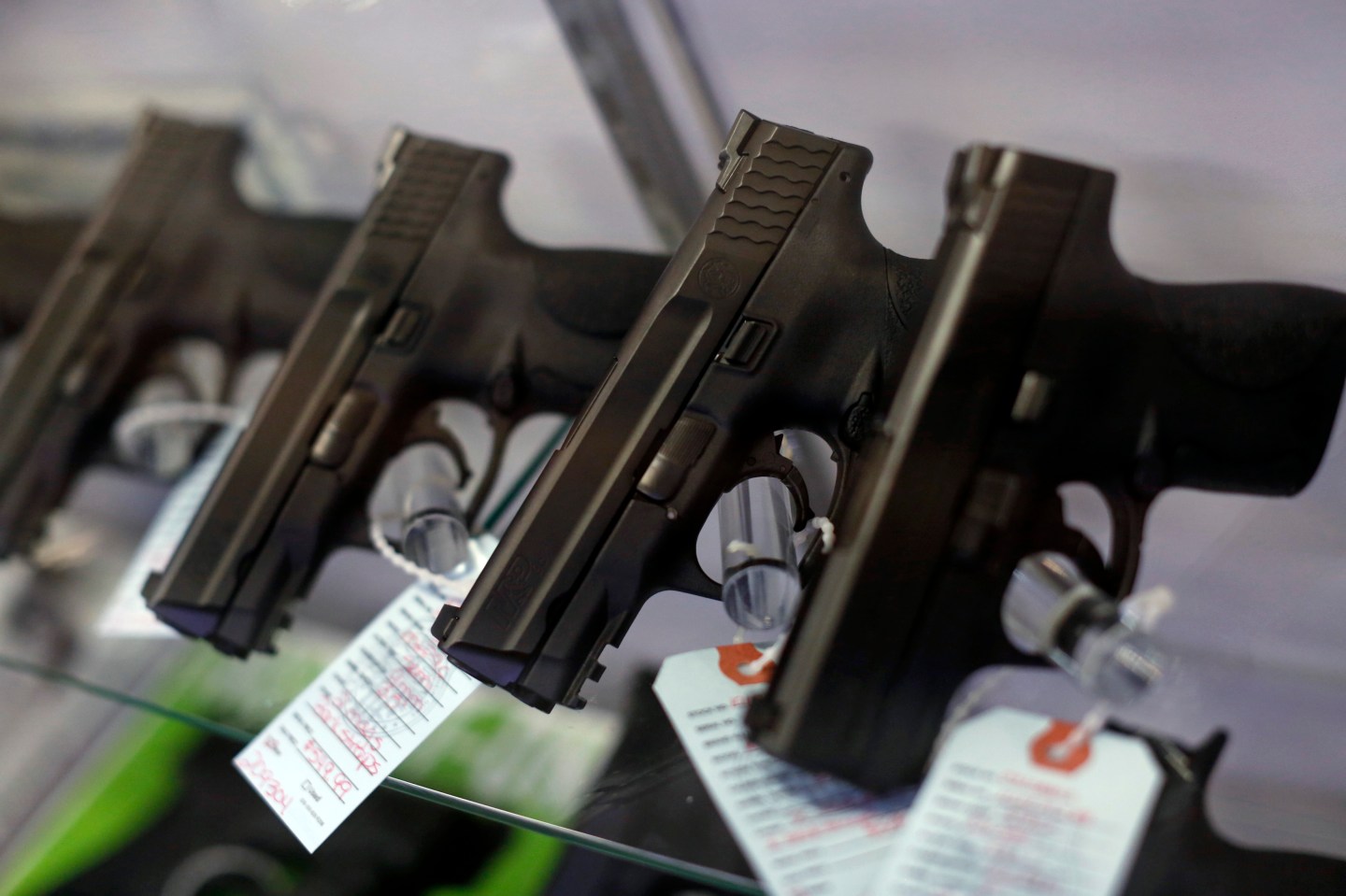 Handguns are seen for sale in a display case at Metro Shooting Supplies in Bridgeton, Missouri, November 13, 2014. The store has reported an increase in gun sales as the area waits for a grand jury to reach a decision this month on whether to indict Darren Wilson, the white police officer who shot and killed the 18-year-old Mike Brown, who was black, on Aug. 9 in the St. Louis suburb of Ferguson. REUTERS/Jim Young (UNITED STATES - Tags: CRIME LAW CIVIL UNREST POLITICS) - RTR4E2JK
Photograph by Jim Young / Reuters

Gun sales have been spiking in the United States for weeks, especially following the mass shooting in San Bernardino, Calif. Wednesday that left 14 people dead.

Many California gun stores have seen a rush on guns after the San Bernardino shooting, according to ABC.

“The knee jerk reaction of politicians is immediately after an event like this to take advantage of it for political goals and will try to restrict the rights of law-abiding gun owners,” Sam Paredes, spokesman for Gun Owners of America, told ABC. “So there is a natural rush to gun stores to purchase guns and ammunition.”

A gun store in Iowa told KCCI that their sales have shot up more than 30% in the past three weeks, and that they’ve been especially busy since San Bernardino.

And the Nardis Gun Club in Texas hasn’t seen gun sales this high since 2012, in the wake of the Sandy Hook shooting, Hawaii News Now reports.

For more about firearms, watch this Fortune video: