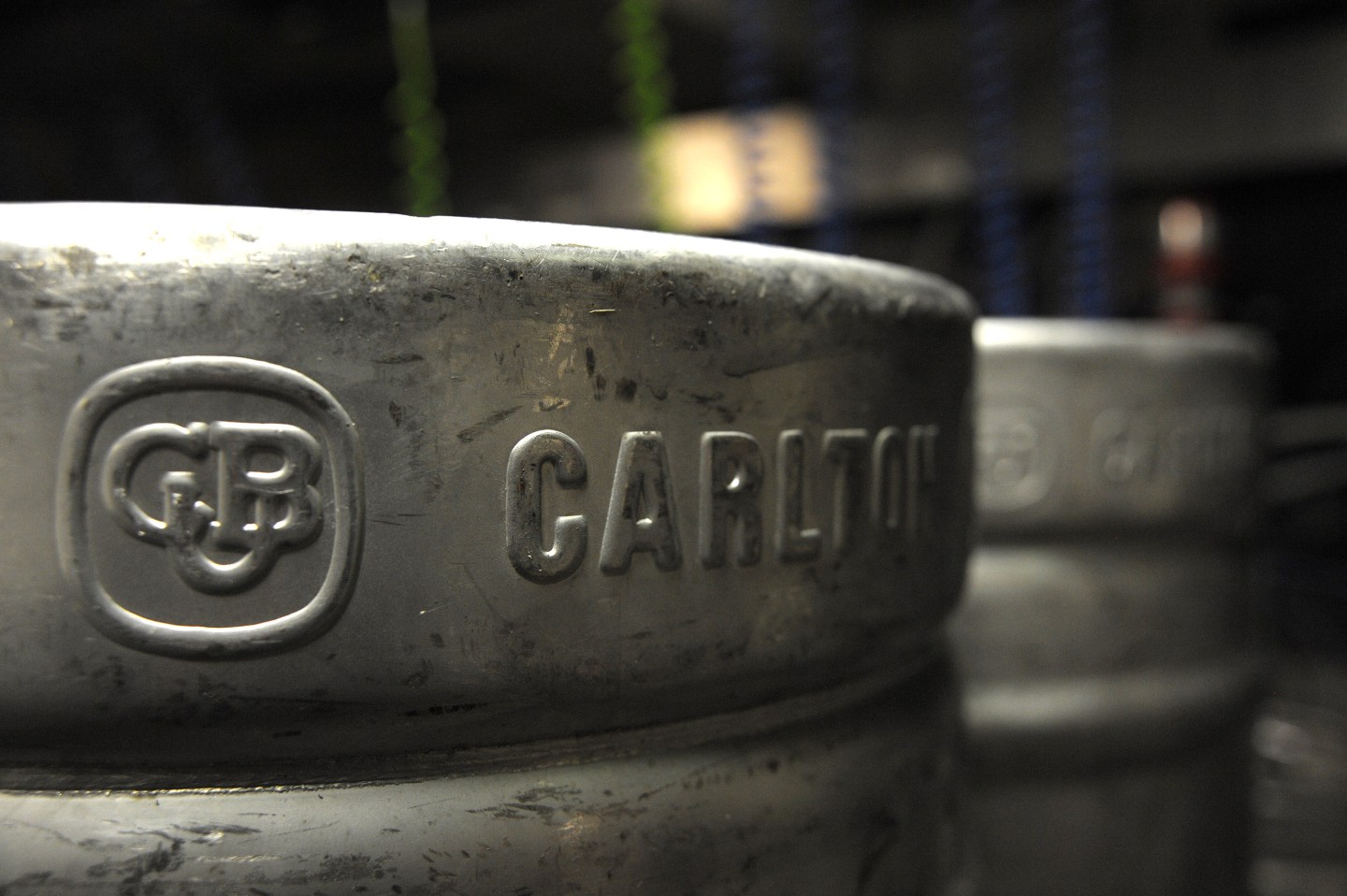 The logo of Carlton & United Breweries, the beermaking unit of Foster's Group Ltd., is displayed on kegs in a pub in Melbourne, Australia, on Friday, June 24, 2011. SABMiller Plc said it will continue to pursue Australia's biggest brewer after Foster's Group Ltd. rejected a A$9.5 billion ($10 billion) offer. Photographer: Carla Gottgens/Bloomberg via Getty Images
Photograph by Bloomberg — Getty Images

An Australian beer company owned by SABMiller said on Friday it has recalled more than a million bottles of beer after broken glass was found in the product, a setback at the start of traditionally busy holiday season sales.

The recall also presented an unwelcome distraction for SABMiller as it seeks to win over regulators around the world for a proposed $106 billion buyout by rival Anheuser-Busch InBev .

Melbourne-based Carlton & United Breweries, which SABMiller bought in 2011, said in a statement it had recalled a batch of its Carlton Dry beer because of an unspecified issue “as a result of packaging.”

“This sort of thing is rare but we take the quality of our beers seriously,” it said. The batch was made in Queensland state in October.

A Carlton spokeswoman said the company alerted food safety authorities after customers complained of suspected traces of glass in their beer. The recall involved 43,000 cases of the low-carb beer.

The brewer was investigating the cause but did not expect the damage was intentional, the spokeswoman said.